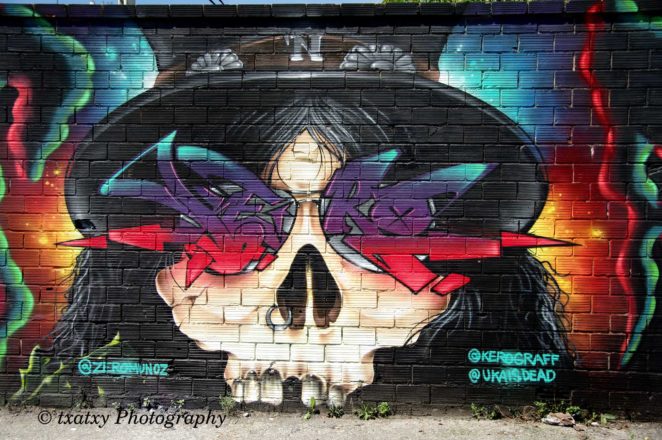 A modality of free painting, highlighted by its illegality, generally carried out in urban spaces. Its origin goes back to the inscriptions that have remained in walls from the times of the Roman Empire, especially those that are of satirical or critical character. To call these inscriptions from the archaeological era, the use of the word “graphite” is more frequent.