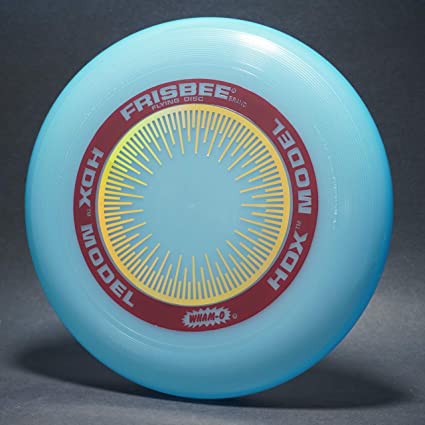 The Wham-O Toy Company came out with their first Frisbees on January 23, 1957. This was even before I was born because I came into the world on March 1. Anyway, for such a toy as a flying plastic disc, I would think they should have come out with them in spring so that when people got interested and bought one they could go right out and play in the park. I am sure once the spring and summer rolled around that year there were colorful, flying objects sailing through the air in the parks some even followed by a barking dog. As a child, I never owned a Frisbee. It was just not one of the toys my parents chose because we lived in apartments and if I ever tried throwing one indoors you can imagine what a disaster that would be. Now I have a couple of Frisbees stored away somewhere and writing this I get the urge to dig them out and once the spring arrives getting out there and tossing them around.

So let us see what the story behind the Frisbee is. It all started in Bridgeport, Connecticut when William Frisbie opened the doors to the Frisbie Pie Company in 1871. Their best customers were students from the various nearby universities who would eat the pies and then toss the empty pie tins to each other. During the tossing, they would yell, “Frisbie!” Then in 1948 Walter Frederick Morrison and Warren Franscioni came up with the idea to make a plastic disc which they called the “Flying Saucer” and it could fly better and farther than the pie tins. The two men took different paths and in 1955 Morrison made a better model of this flying disc afterwards selling the idea to the Wham-O Toy Company. He called it the “Pluto Platter”. He figured it would interest people more if it seemed to be like a UFO.

Then in 1967, a company designer patented the design for the modern Frisbee which had already got its new name. The name was a misspelled form of the name of the historic pie company. The modern Frisbee had a band of raised ridges created so that the disc would have a more stabilized flight. The toy company cleverly advertised Frisbee-playing as a new kind of sport and by 1977 the toy company had sold more than 100 million units.

Then it all began all kinds of new sports. In New Jersey, high school students came up with Ultimate Frisbee which is a cross between football, soccer and basketball. In the 1970s along came Frisbee Golf, where the discs got tossed into metal baskets and believe it or not there are hundreds of courses for this kind of golf in the U.S. There is also Freestyle Frisbee which has choreographed routines accompanied by music and multiple discs in play. There are also different kinds of Frisbee competitions both for humans and dogs.

Today the love affair with the Frisbee is far from over and at least 60 manufacturers now produce these flying discs. Today the official Frisbee is owned by the Mattel Toy Company who purchase the toy from Wham-O in 1994.