These days in Belgrade it is cloudy with occasional rains and it is quite cold.

That was the same day yesterday when I found myself at the beginning of the boulevard Mihailo Pupin.

It is one of the main streets in New Belgrade.

As soon as from the old part of Belgrade, you cross the bridge on the Sava River, you are right to reach this long boulevard. The pictures from this price have the following explanation.

An iron fence is set between the pavements for the safety of the sand that sometimes runs in a hurry across the street.

But always before the marathon race, the city arranges to be beautiful and to tourists and marathoners.

Someone remembered, and he placed flowerpots with a flower on that iron fence, and so he slid a part of the street to all of us. 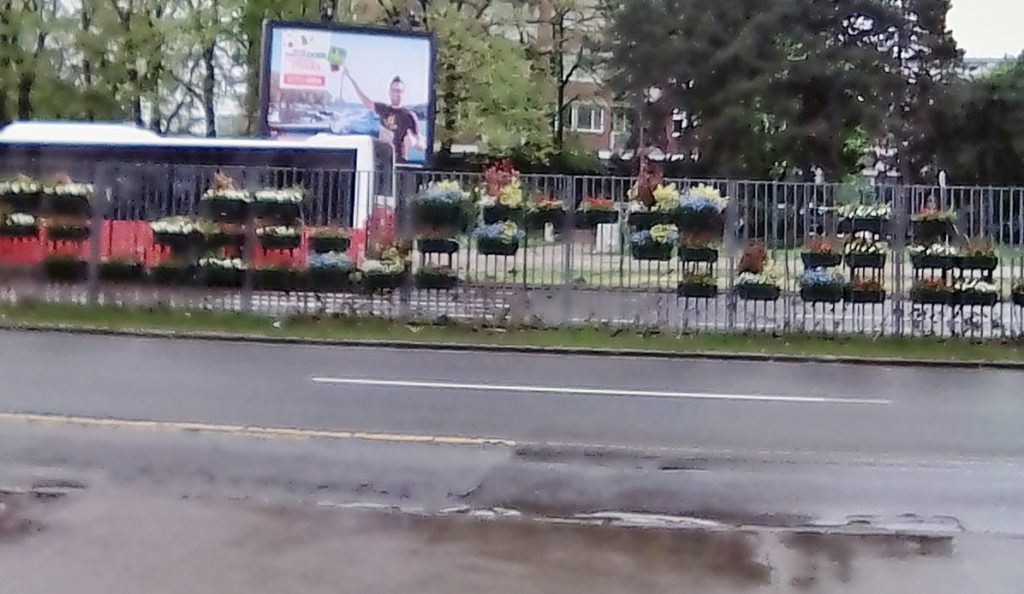 There is a large park. Left is the building of the federal government of Serbia, which is not visible in the picture.

To the far right is the building of the former Communist Central Committee of Yugoslavia, which suffered NATO bombing in 1999 but was later rebuilt.

In fact, the focus is right in front of my eyes.

One black completely dry, no life,

Up to it a tree in full flower of a purple-colored shade of Japan shook a white plum blossom immediately. 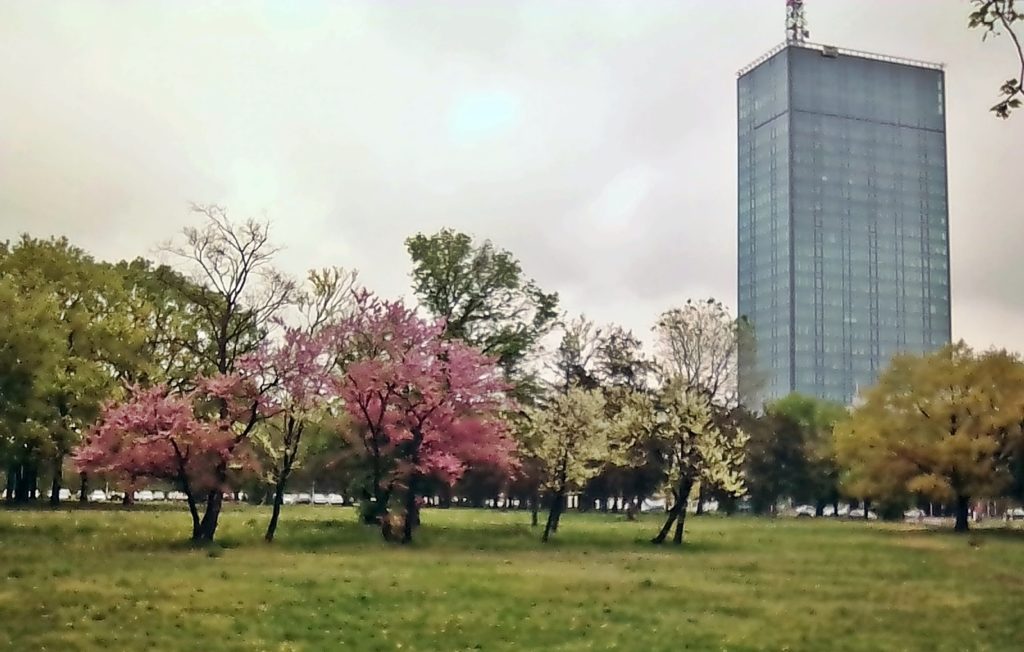 It happens once a year and this scene does not last long. Just as long as it has a flower.

And I’m glad I photographed it.