In the private schools of Delhi, the government has increased the amount given every month for the admission of economically weaker sections from the new session. This amount, given as Reimbursement, has been increased to around Rs. 600 per child.

Deputy Chief Minister and Education Minister of Delhi, Manish Sisodia, has made this change while taking into account the complaints of minor amounts of money received from the schools. Under the Right to Education Act, 25 percent of seats in all private schools have been reserved for low income and deprived classes. Under this law, schools have to give not only free education to the children of this class, but they will not be able to take the money in any item from the school. Books and uniforms also make the school available for free. In return, the government used to pay the fixed amount of admission to schools in one of the payoffs. 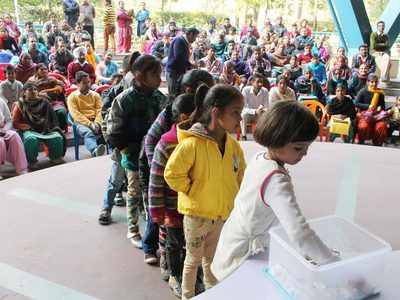 A senior official of the Directorate of Education said that the school was constantly complaining that we are spending a lot of money on a child of this class. The amount given by the government does not survive. For the past year, there is a pressure on schools not to raise fees for ordinary children. Senior official said that according to law, the government can give as much as it is spending on a child studying in government schools.

After this new change, the government will pay Rs. 2242 per student to the students from nursery to fifth grade. Apart from this, Rs 2225 will be given for the sixth to the eighth. So far, the government was giving Rs 1598 for private schools instead of admission in this category.