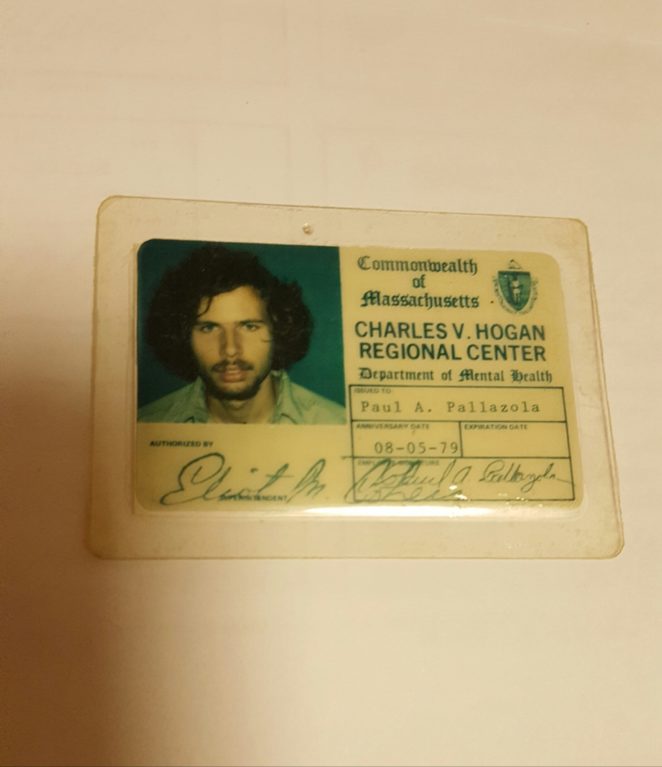 I boarded a Greyhound bus from Denver to Boston in June 1979 feeling broken, defeated, and miserable. All my savings from my last job were exhausted and I had in humiliation called my dad collect to have him wire me a hundred dollars to come home. I purchased the ticket, endured a tearful goodbye not wanting to let go to Kathe at the station, climbed aboard. Three long days through the heart of America flat prairie, flat effect, broken trees from stormy weather, broken heart can’t stay together…

The bus arrived in Boston South Station. I walked to the Subway Platform. Subway train to North Station and I was outside Boston Garden, where 15 months before I had stood upstairs in awe during a Santana concert feeling invincible. Now I felt so vulnerable and lost, far from the echoes of that inspired moment. I spent my last two dollars and change on a train ticket to Gloucester. I wished I would see my friend David or maybe Donna Tusinski, but it was too early in the afternoon. An hour and seven minutes later I was back home, opening the door of the house I grew up in.

After 4 days on the road if felt good to take a bath and eat something I didn’t have to shoplift. My mom handed me a stack of mail, issues of The Guardian and The Progressive, fundraising appeals from Amnesty International, Mobilization For Survival & The Southern Poverty Law Center, and a letter with my court date in new Hampshire. I was facing the prospect of at least six months in jail for my participation in our blockade of  Seabrook Nuclear Plant’s reactor pressure Vessel shipment. I had broken through a police line to spit on the truck carrying the 427 ton monster that would be the heart of the first Seabrook Atomic Power Plant. My arrest was televised…my mom saw it on the 6:00 P.M.  News. I was pretty sure that a court date meant jail time. I opened the letter and encountered a simple twist of fate. There were 179 activists arrested that day, beginning with 19 year old Nelia Sargent, a visually impaired (but quite visionary) Seacoast New Hampshire resident who hooked her striped cane to the front of the Trabossa Transporter Truck, while two hundred others sat down blocking the road. After writing over 170 arrest charges that were identical the Secretary in the Hampton Court apparently misplaced my record and entered the same complaint “Defendant failed to remove himself from the road following a police order to do so…” My  arrest document had no mention of my breaking through the police line or spitting on the truck.

Officer Barrett gave his testement, and my lawyer immediately asked that charges be dismissed. Instead of going to jail I was out job hunting that afternoon, and was soon hired to work for the Massachusetts Department of Mental Health at a state school for the developmentally disabled. I was about to begin a career working with individuals with developmental disabilities. I was initially hired through the Comprehensive Employment Training Act’s summer youth program at the Charles V. Hogan ‘Regional Center. In less than a month  the state would would hire me. My optimism returned.