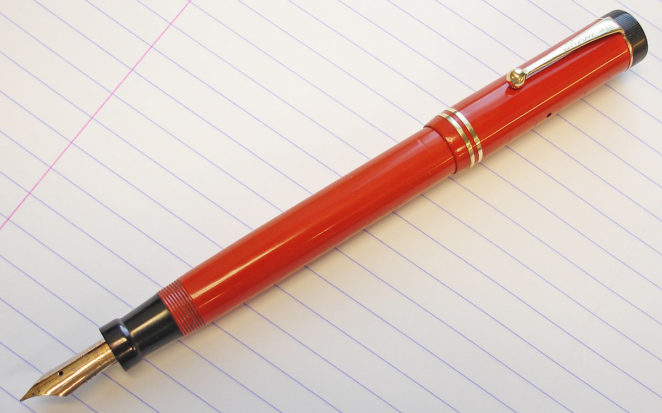 Well, that is to say, if you know the language of course, but so profound was the advent of the mechanical pen or ballpoint pen revolution that it took the entire planet by storm.  Within a few years of its launch, no less than 250 pen manufacturers were scrambling for a share of the market.

Yet, in spite of this, the Parker Pen Company, was conspicuously absent from the rush. They flatly refused to stake their hard-won reputation and prestige on the then-unknown production style. Something, which amounted to somewhat of a wise decision. The early entry into the ballpoint market turned out less than successful.

It was at that moment, that Parker launched their Jotter in 1954 which through their reputation for quality and excellence immediately captured 40% of the market at the time. Upon the completion of each ParkerDuofold Centennial fountain pen, each pen is inspected by a white-gloved inspector. If it is found to be perfect, it is filled, written with and cleaned before being presented for sale. This is a most exhausting way to produce a pen, but the looks and handling are rewarding enough.