Recently I read about different and very unusual and you could even say scary things that people have found under their beds. Well, it got so strange that I thought for sure I would share some of these with you. There was Guy Whittall who in 2013 was at the Humani Ranch in Zimbabwe, Africa. Today he is a director at this same family-owned lodge. Whittall a former cricket player was tired so he went to sleep and slept peacefully for eight hours. Little did he know that while he slept upon the bed there was someone sleeping under the bed as well. In the morning he woke up and casually put his feet down. Then he got up and went to have breakfast while his roommate remained behind and under the bed. It was when he heard the horrific screams of his maid that he made the discovery that his roommate under the bed was a 330-pound crocodile. He quickly got helpers and they released this creature back into the Humani Chigwidi Dam. By now I’m sure he looks under the bed before he gets into it. You most likely have heard stories true and fictitious about people finding dead bodies under beds. Hollywood movies have quite often given us lots of nightmares. Well in July of 2003 a cleaning crew at the Capri Motel in Kansas City, Missouri discovered a dead body that was stuffed under a mattress. Who knows how many people might have slept on this dead fellow until finally, a guest who was staying in this room said there was an awful smell. The hotel cleaning staff was sent over and when they lifted up the mattress there was the body.

How would you like to be awakened by a loud explosion? Well on July 2011 in Guatemala City a woman named Inocenta Hernandez was woken up by a loud explosion in the morning. At first, she thought it was something that has happened outside. It was very odd that a neighbor informed her that the loud noise had actually come from inside of her house. What she discovered was a real horror.

Underneath her bed, there was a 3 foot wide, 40-foot deep sinkhole. It was not the first sinkhole to form in the neighborhood. Another one that was 330-feet deep had left three people dead in 2007. Hernandez could only count her blessings that she was alright. She even had grandchildren running into her room. Sinkholes form because of natural underground erosions and the collapse is always very sudden. I would change the location of my bedroom right away if possible.

A Stranger Under the Bed

Here’s an incident that could scare off a couple of years of life. In Palm Springs, Florida in the Cayman Drive area there was a stranger knocking on people’s doors in March of 2015. When a neighbor saw this man walking toward the rear of a residence they called the police right away.

Meanwhile, at that home the owner a 61-year-old woman was looking for her cats. Expecting to find her kitties under the bed she reached beneath and came in contact with the stranger. Yes, the man who was knocking on the doors was under her bed. He ran from the house, jumped a fence and was caught by the police. You can imagine the shock this elderly woman got. Her cats were somewhere hiding knowing a stranger was in the house.

Escape Hatch Beneath the Bed

What would you expect to find under the bed of a guy who sold methamphetamine? Well, when the police arrested Shane Cox who had been under surveillance they went to check out his house. In the search, they were assisted by a bomb squad and bomb-sniffing canines to see if the house contained explosive devices and perhaps booby traps. They found methamphetamine and gunpowder.

However, the most amazing thing they discovered was a six-foot hole underneath a tanning bed that was connected to two tunnels and a trap door under a living room chair. In this way, Cox was able to come and go and hide from the law. Actually, I wouldn’t have minded purchasing that house. If you see unwanted guests approaching your house just leave by the secret passageway.

Millions Under the Bed

What would you do if you were a landlord and you discovered a great deal of money? Well in October of 2013 landlord Ma Guangdi was cleaning up an apartment in Donaguan, Guangdong Province, China after a tenant had moved out. Underneath the bed, he discovered 6.33 million Chinese Yuan in cash which is around $892,000 stuffed in boxes. The tenant had lived there for several years and then just left and also stopped paying rent. The money was taken by the police and placed in a safety account box while they investigated the tenant. 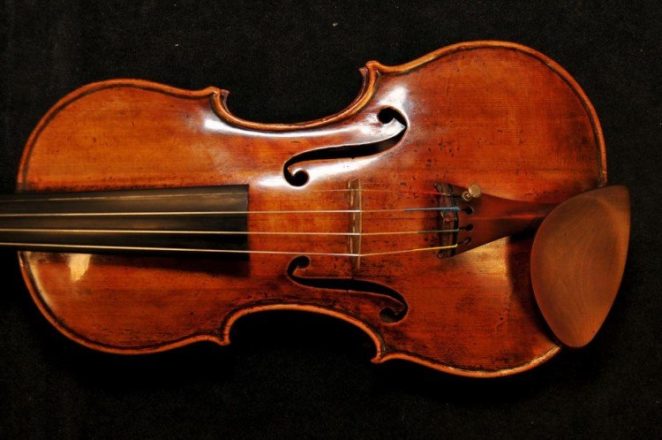 One of the very best violins is the Vieuxtemps Guarneri. This is a 274-year-old violin that counts as the most valuable in the world. At present, it has a price of an estimated $16 million. This violin was placed in the hands of world-renowned violinist Anne Akiko Meyers, who had this violin on loan for the rest of her life.This incredible instrument dates from 1741 and was named after its most famous owner, Henri Vieuxtemps, was the leading 19th-century Belgian virtuoso and composer.

He loved his violin so much that he wanted to be buried with it. During its long and varied history, this violin has been played by such masters as Itzhak Perlman and Yehudi Menuhin. Afterward, it was stored under a bed by its current owner for five decades. It has been referred to as the “Mona Lisa” of violins. Finally, this violin came out into the light again and Meyers has produced the violin to be enjoyed by new generations.

Crazed Woman Under the Bed

When you were a child did you ever wonder if there was a boogeyman under your bed?

Late one night in July of 2014 Brian O’Neill and his wife, Bridgett returned to their Seattle, Washington condo. They discovered a robbery attempt as their clothing was scattered about and their electronics were piled up on their bed. The strangest thing of all was that the soles of 20 pairs of shoes had been removed. However, nothing was stolen but for $50 in cash and the next oddest thing they found was a purse with a 27-year old woman’s ID card.

At this point, I would be trying to remember exactly what it was that I had drunken and eaten. Well, the couple called the police and they didn’t even find any fingerprints. A Seattle website said that the scene looked sort of like some poltergeists had been having fun. The police left and had to return when the couple called a second time. This time the couple thought they heard sounds coming from underneath their bed. Under the bed, the police discovered a meth-addicted woman who had been hiding there for hours with a kitchen knife trying to deconstruct the box springs. She was a tiny, fragile woman who was not in her full faculties and so obviously needed help. Later on, a hypodermic needle was found in the bed sheets and locks of golden hair throughout their condo.

So what is under your bed?