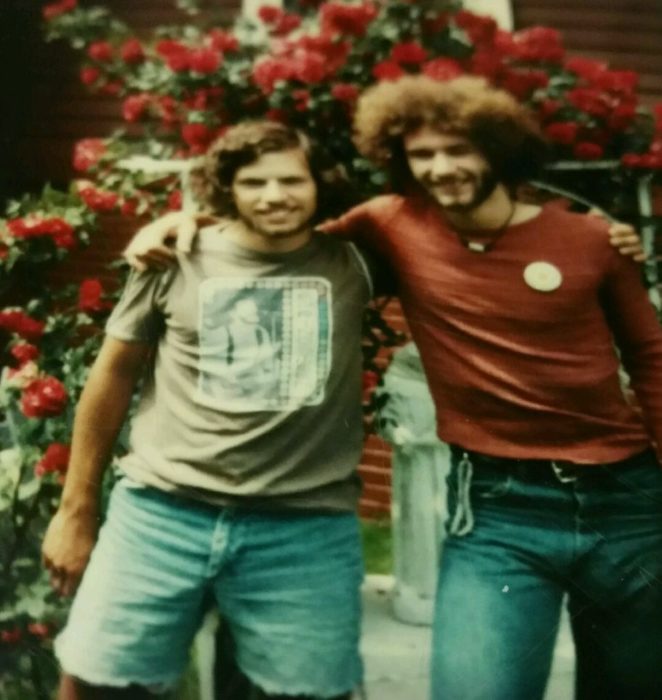 After the Washington, D.C. Smoke In I had intended to hitchhike to Tampa to see my brother Peter, his then wife Becky and my new nephew Louis. I had never hitchhiked more than 100 miles and previously had only hitchhiked long distances with trusted friends. I set out to leave D.C. high on marijuana; mescaline & speed but coming down & starting to feel fatigued. I got picked up by some creepy guy in a black Cadillac who offered me a joint then told me he worked for the DEA. He dropped me 30 miles south.

The next guy kept trying to hit on me.  It was becoming clear that hitchhiking to Tampa was not such a good idea. I got a ride to the Baltimore Bus Terminal. I was exhausted, physically & mentally. I had gone through two weeks of feeling invincible, making new friends easily,  sleeping on the sidewalk in front of the Nuclear Regulatory Commission during our occupation, dancing in the streets after the NRC had cancelled the Seabrook Nuclear Plant’s construction permit, talking about visions of a nonviolent future with Kathe Camara and Joe Murray from Teamsters For A Democratic Union. I had marched  through the streets of D,C. , camped in front of the Washington Monument, and felt safe everywhere.

Now I felt wiped out, alone, and wanted to cry.  I called  Joe Murrray’s house  in Woodbridge, New Jersey. Joe picked me up 3 hours later & we drove to Woodbridge. The next day we partied with Joe’s friends, smoking Colombian rolled in his girlfriend’s Tampax wrapper, then tossing back Budweisers.  The day after Joe drove me to Gloucester. It felt good to be home. My mom took a photo of Joe and I in front of our statue of Saint Anthony. My sense of optimism had returned.