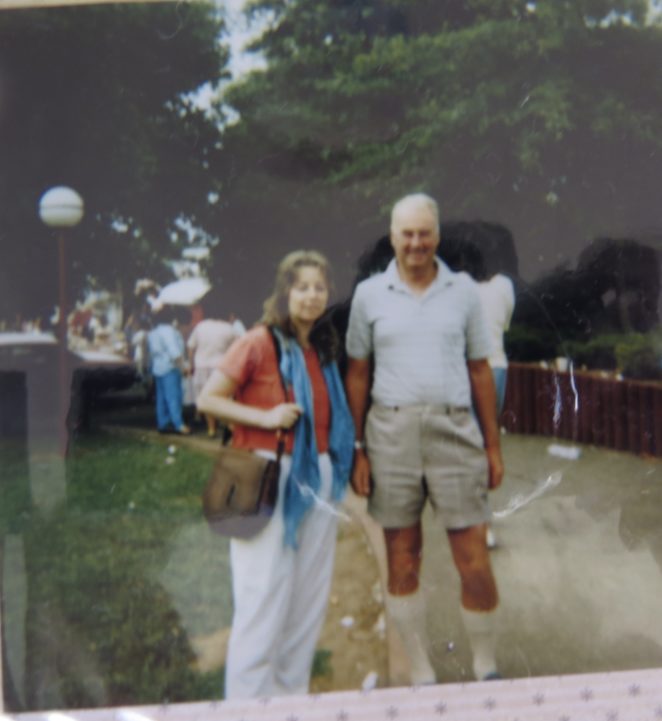 I don’t remember much about it, some one else took it.

Dad was a person who took on heavy responsibilities early on in life and he was some one others depended on.

He began a Bank Clerk and progressed to Bank Manager and then to Bank Executive.

A Bank Manager is not a rich person, they look after other people’s money in trust. They are in that position because they are people others can trust.

I apologise for the poor photo quality but it was taken from some one else’s album.