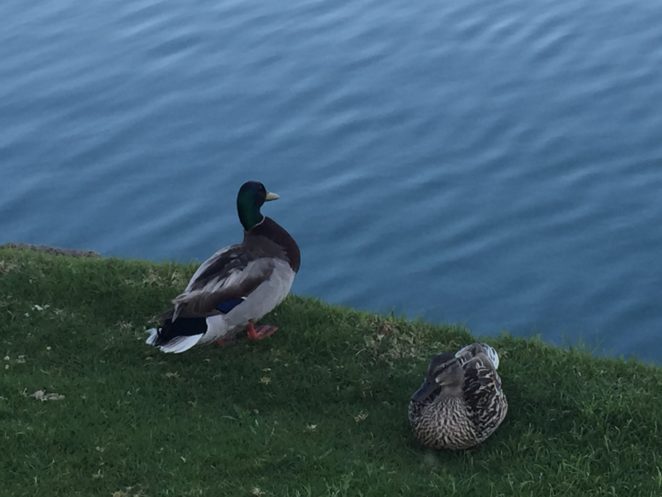 After I ate my breakfast, I thought I forgot to take out the trash. But then I remembered that it is a holiday weekend, and trash day is usually a day later. At 5:30 pm, I decided to get ready for another walking meetup. There were 6 people signed up for this meetup, but two other people actually showed up, and one person said that she would rather go to the movies than walk in humid weather. So, it was just me and a man. We decided to walk 2 miles around one manmade lake.It was quiet, like the day after apocalypse. There were rarely anyone in that area, except maybe two or three straddlers here and there. It was like they were pre-weather about the weather, and they all decided to remain inside. The ducks and geese were quiet as well. I actually saw one duck with its little duckling, which is the first duckling that I saw there this year.

I returned home and ate some vegan chocolate ice cream. I looked up the weather on the internet, and it was noted that it was 104 degrees Fahrenheit in Irvine, CA today.

I added my Woodbridge lake snapshot. I forgot to add my name on this one. I will probably do it later.