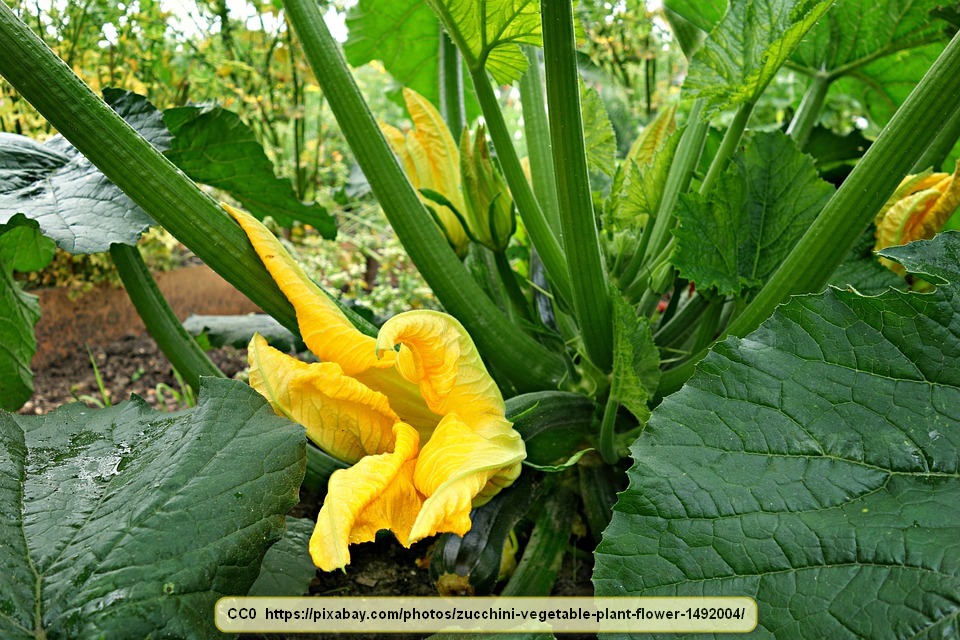 Today is relatively cool, compared to what we are supposed to experience tomorrow and the next day. It is only in the upper 80’s today and we are due for weather in the upper 90’s in the next two days. Although it isn’t that hot yet, I went out to check the garden and I noticed that the leaves on a zucchini plant were looking very wilty, for a good reason.

I should say that the zucchinis are planted in a big tub. If a person had seen how wilty they were, they’d have probably thought that the plants were in dire need of water. That isn’t the case at all, though. I watered them well and deeply yesterday and the soil in the tub is still damp.

The thing is, though, that zucchinis have very large leaves. When our temperatures get this high, the humidity level generally drops. Zucchini leaves transpire a great deal of moisture, particularly when the air is dry.

Zucchinis aren’t the only plants that do this. Tomatoes and basil often do it, along with squashes, pumpkins, and cucumbers. In fact, I’d wager that if I go look at my rhubarb plants, the leaves will look wilty on them, too. Rhubarb has even larger leaves than zucchinis do.