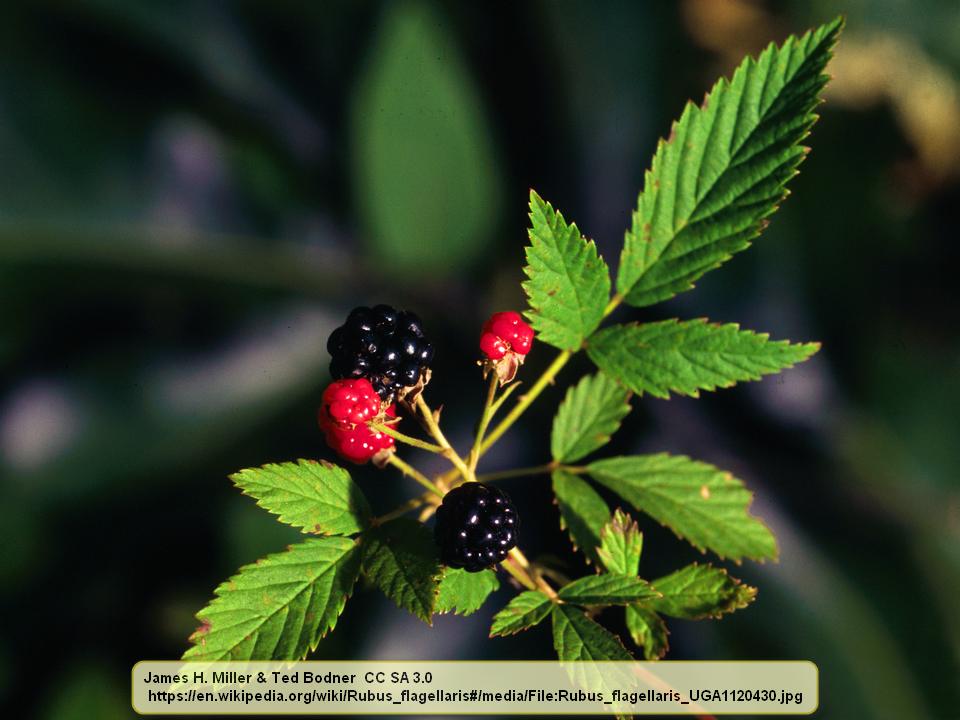 I’ve written several articles about various plants in the Rubus genus. Rubus is the genus commonly referred to as blackberries or brambles. Every species in the genus is technically a blackberry, though they are often known by other names. Thus, raspberries, salmonberries, and thimbleberries are all blackberries, though they aren’t often called blackberries. Here is another member of the clan, called the northern or common dewberry (Rubus flagellaris).

The canes generally grow from 8-20 feet long from a strong taproot. The ripe fruit is purplish-black in color and tends to be smaller and rounder than common blackberries. The flavor is somewhat tarter than that of many blackberry species, which makes it ideally suited for pies and jams.

This is an important blackberry species for wildlife, forming both shelter and food for many species. The flowers are highly attractive to North American Honey Bees, too.

Although it has some differences as compared to the more commonly named blackberries, this is a species that most people in the south and east are probably acquainted with and many people simply know the species as blackberries.