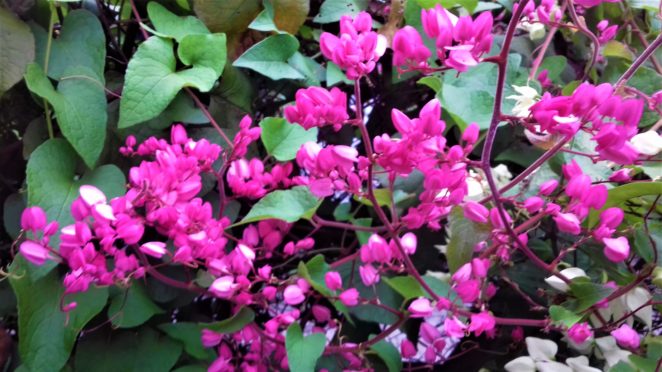 When I visited my sister-in-law home last Friday, the Coral Vine or Coralina which in Indonesia called Bridal Tears, pink and white were blooming much along the backyard fence and the pergolas. 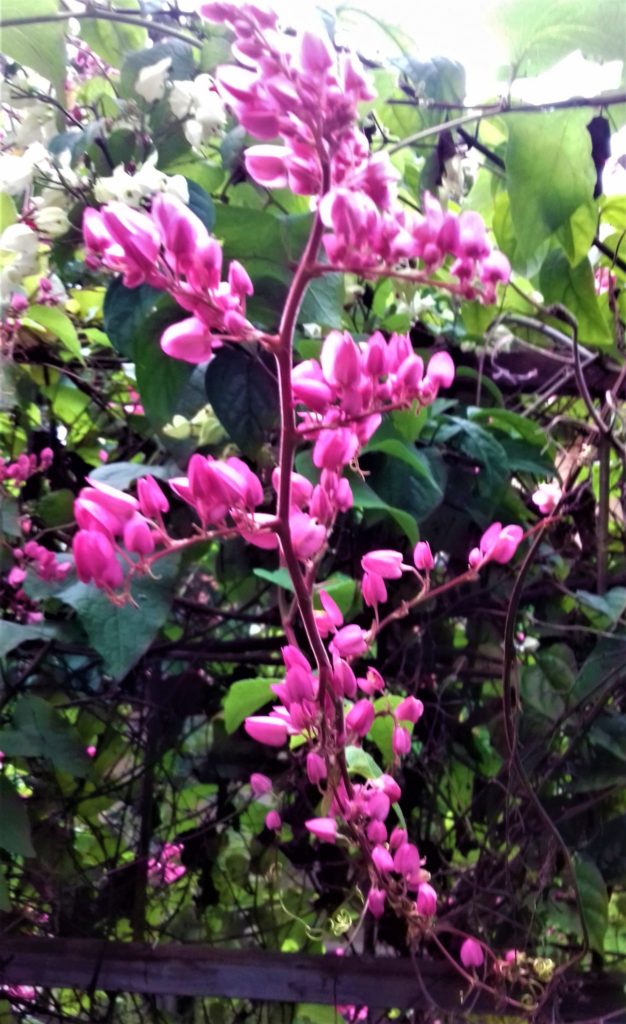 Bridal tears are vines, branched stems and root system of tubers. Leaves appear arranged alternately, plant flowers out from the tip of the stem. If noted, the bell-shaped flowers have five tepals. Generally, the flowers are pink or purplish, sometimes yellowish or white. Then the stamens are joined at the base of the flower and form a tube.

In Indonesia, bridal tears (Antigonon leptopus) were brought from Mexico and distributed during the Dutch colonial period. Bridal tears become garden ornaments and yard, and these plants grow very quickly into weeds. This plant could be a prima donna ornament cultivation, some houses to plant because the colour of flowers is very interesting. It is also believed to be able to cure some diseases, including cough and diabetes.

The benefits of bridal tears for health have been demonstrated long ago as traditional medicine. Generally, this herb concoction is used by the American population, even records of Indian medicine also use this herb. Leaf and flower tea plant extract contains anti-thrombin, analgesic, anti-inflammatory, anti-diabetic and lipid anti peroxidation. One thing that makes me curious is why in Indonesia called bridal tears.