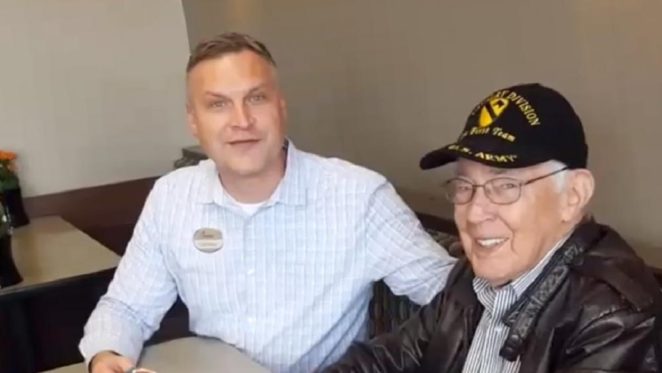 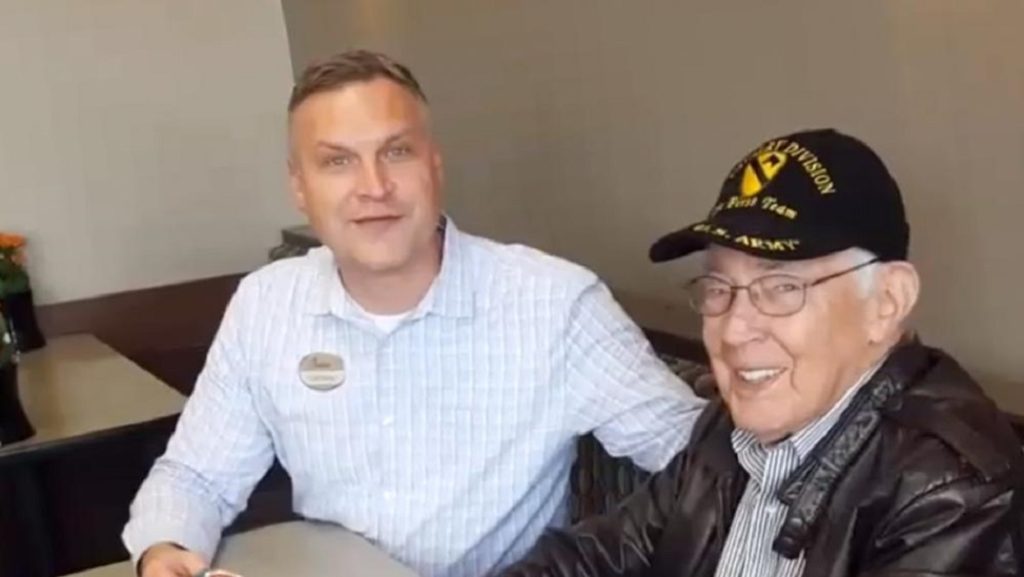 Chris Tincher who is the owner of the Chick-Fil-A restaurant in Avon Ohio is making good news for a 92 year old World War II veteran named Ernie who did not give out his last name by allowing him to receive food for life as a way of thanking him for his military service.

Ernie is well liked by the employees at the Chick-Fil-A store in Avon since he has a warm personality when he comes into the restaurant to eat kids meals which are chicken nuggets and root beer.

Ernie usually has an employee who sits with him while he enjoys eating his meal and he most likely shares his life story to the employees inside the Chick-Fil-A which has gained a great reputation worldwide as a store that treats their customers with honor and respect.

Ernie believes that his age is just a number since he does work like mowing his lawn in his home.

I am sure you have heard of the saying “Birds of a feather flock together since Chris himself is a war veteran even though when was his service to America is not mentioned. Thus honoring Ernie not only his service to our nation but being a friendly gentleman to the employees inside the store.

Ernie visits the Avon Chick-Fil-A once a week to have his meal inside the store. It Is nice to see a member of the Greatest Generation being rewarded for his great deeds in his 92 years of life.