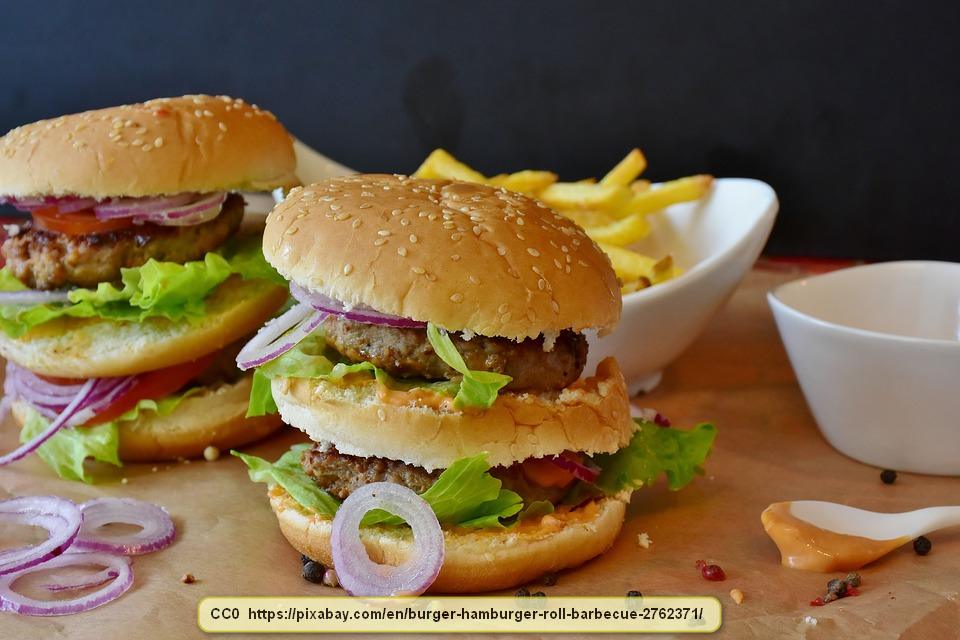 If a person visits any American city, or even most towns, one thing they are likely to find without many difficulties is a fast food restaurant. Even small towns usually have several, of different sorts. Many European and Asian towns also have them. Have you ever wondered how fast food began in the first place?

It could be said that it all began in 1904 and the statement wouldn’t be without merit. The St. Louis World’s Fair was held in that year. Among the numerous other things, the 1904 World’s Fair offered new foods for people to try for the first time. Those new foods included ice cream cones, hot dogs, hamburger sandwiches, and pizza.

These were all tremendous successes. It should be mentioned that most of these had been made before 1904, the exception being ice cream cones which were first made at the fair. However, it was the first time they’d all been presented to the public in quantity.

In 1905, the first pizzeria in the US was opened in New York. This wasn’t fast food, but it paved the way.

Fast-forward by about 30 years. In the middle to the late 1930s, drive-in restaurants had become popular in the United States. The idea was simple. People could drive to the restaurant and park. A waitress/carhop would come to their car, take their order, and when their food was done, would bring it back to the car. People could order, eat, and pay for food without ever needing to get out of their cars. This wasn’t fast food since it still took time for the meals to be prepared, but it was certainly simple, convenient, and popular.

An example of one of these popular drive-in restaurants was one that was opened in 1922 by Roy Allen and Frank Wright, in Sacramento, California. This became the somewhat famous and popular drive-in chain called A&W. Again, it wasn’t fast food, it was simply a different way of delivering food to the customer.

For the best part of a decade, the brothers began thinking of ways to make the business even better, more popular, and more profitable. Then they hit on an idea, or rather a series of ideas.

First, they simplified the menu so that the only things sold were items that didn’t require a knife, fork, or spoon to eat them. They got rid of plates, bowls, and other dishes too, and put everything in disposable containers, including the soft drinks. They got rid of all the waitresses, busboys, and car hops. For people to order their food, they would have to come inside and order at the counter. This might seem to be a step backward, but it was coupled with an innovative notion; cooking the food on an assembly line.

This made the food much quicker to produce. From the time the customer ordered a burger and soft drinks to the time that the food was delivered were just a few minutes. Fast-food was born. It was called the Speedee Service System.

Richard and Maurice opened the first restaurant that used the Speedee Service System in 1948 and used their last name for the business: McDonald’s. It was immediately a smash hit.

This spawned other restaurants that copied and used the same sort of system. For instance, Kieth G. Kramer had flown from his home in Florida to California. Mr. Kramer happened to eat at McDonald’s and was impressed. When he flew back home, he founded his own restaurant, utilizing the same idea. He called his restaurant Insta-Burger-King. That was in 1953 and we now know Mr. Kramer’s restaurants as simply Burger King.

Dave Thomas used the same system in 1969 to open a restaurant using his daughter’s name: Wendy’s Old-fashioned Hamburger Restaurant. This was opened in Columbus, Ohio. Today, the chain is usually just called Wendy’s.

A number of founders of various chains like those listed didn’t even hide the fact that they were copying McDonald’s.

Of course, there were other kinds of fast foods that didn’t key on hamburgers, too, while still using a system similar to that used at McDonald’s. For instance, in 1952, the first Kentucky Fried Chicken was opened near Salt Lake City, using a recipe created by Harland D. Sanders in Corbin, Kentucky. Harland was later known to the franchise as ‘Colonel Sanders’, though he wasn’t a Colonel. For that matter, the first KFC wasn’t opened in Kentucky.

In 1958, in Wichita, Kansas, the first Pizza Hut restaurant opened and in 1960, Thomas and James Monaghan bought DomiNick’s pizza and changed the name to Domino’s in 1965. Domino’s is the largest pizza delivery company in the world.

In 1962, Glenn Bell used a similar system to open a restaurant with Mexican-American food, in Downey, California. He called the restaurant Taco Bell.

Richard and Maurice McDonald started the fast-food craze, which was made possible only because of the exposure that hamburgers, hot dogs, pizzas, and ice cream cones gained during the 1904 World’s Fair. In the 1970s, McDonald’s expanded into Japan and in 1981, the McDonald’s in Tokyo had the largest volume of sales for fast-food in the world. McDonald’s isn’t slowing down and is still opening new franchises in the US and in various other places in the world.

Be honest, how much of the beginning of fast-food did you know before reading this article?