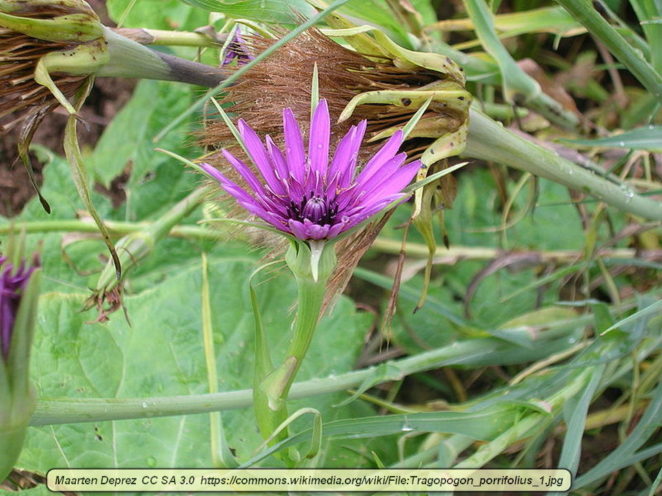 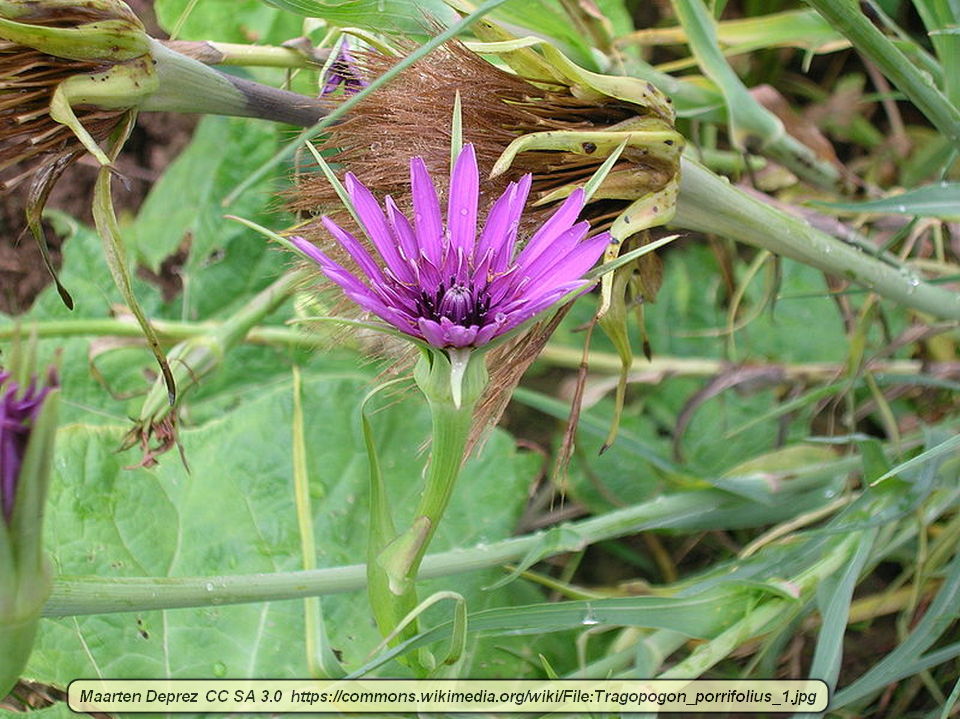 Another of the underappreciated wild plants that is considered to be a weed in many locations is Salsify. This is a pity because 400-500 years ago, salsify root was widely eaten and it is a healthy plant to become acquainted with.

There can be a little confusion regarding salsify. The common name actually is a reference to two different plants that aren’t even in the same genus; Tragopogon porrifolius and Scorzonera hispanica. Both of these have edible roots, so from an edibility standpoint, both are useful. 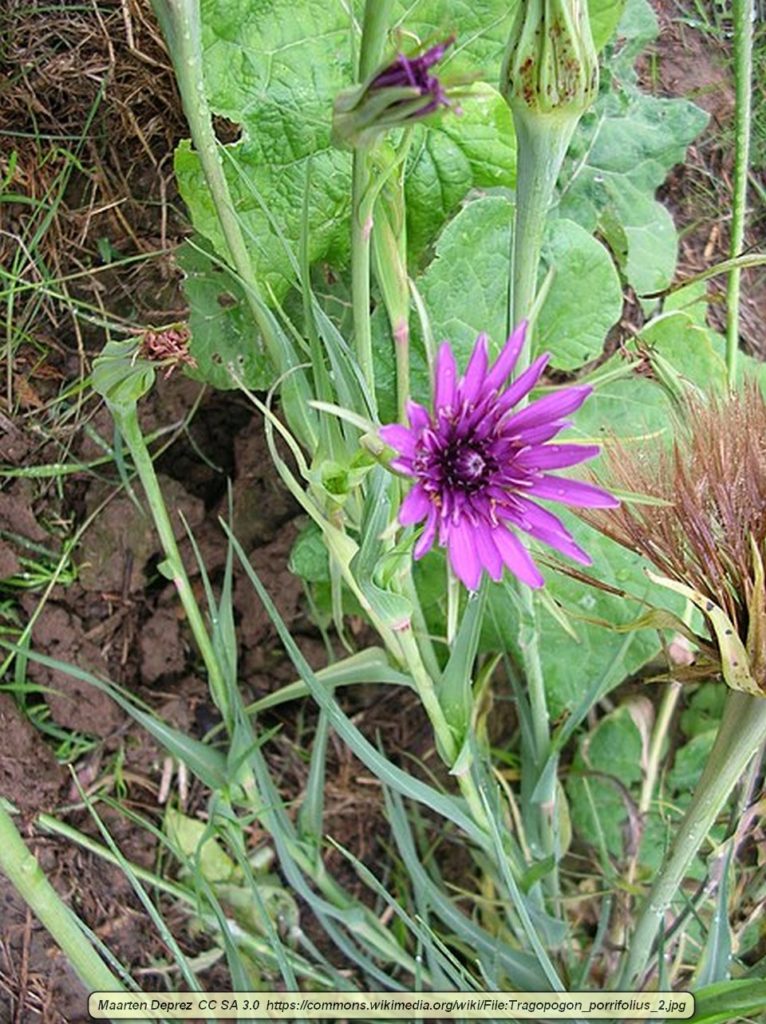 Tragopogon porrifolius is sometimes known as white salsify, purple salsify, common salsify, oyster plant, oyster root, vegetable oyster or goatsbeard. It is found growing over much of the world in a wild state, though it is native to the Mediterranean countries. In the US, the only states it doesn’t grow in are those in the deep southeast. It even grows in Hawaii. It grows in the UK, Europe, southern Africa, Australia and elsewhere.

Common salsify grows up to four feet tall, though it is normally smaller. The leaves are narrow, often like that of grass, and the stem is rarely branched. The flowers are light-purple in color with flecks of yellow in the center. The blossoms can be over two inches in diameter.

The roots have a slight oyster-like flavor, hence the common name of oyster-root. The root is edible both raw and cooked. It can be boiled, steamed, or cut and added to soups and stews. The flowers can be added to green salads and the seeds can be sprouted and used like alfalfa sprouts.

Nutritionally, a quarter-pound of white salsify roots have only about 82 calories, with virtually none of these coming from fat. The roots are high in vitamins B6, riboflavin, C, B1, B5, B9 and are a good source of manganese, phosphorus, potassium, calcium, and iron, yet the roots only contain a small amount of sodium.

Medicinally, the root is diuretic, so it is good for water retention problems. It is also good for liver and gallbladder function. 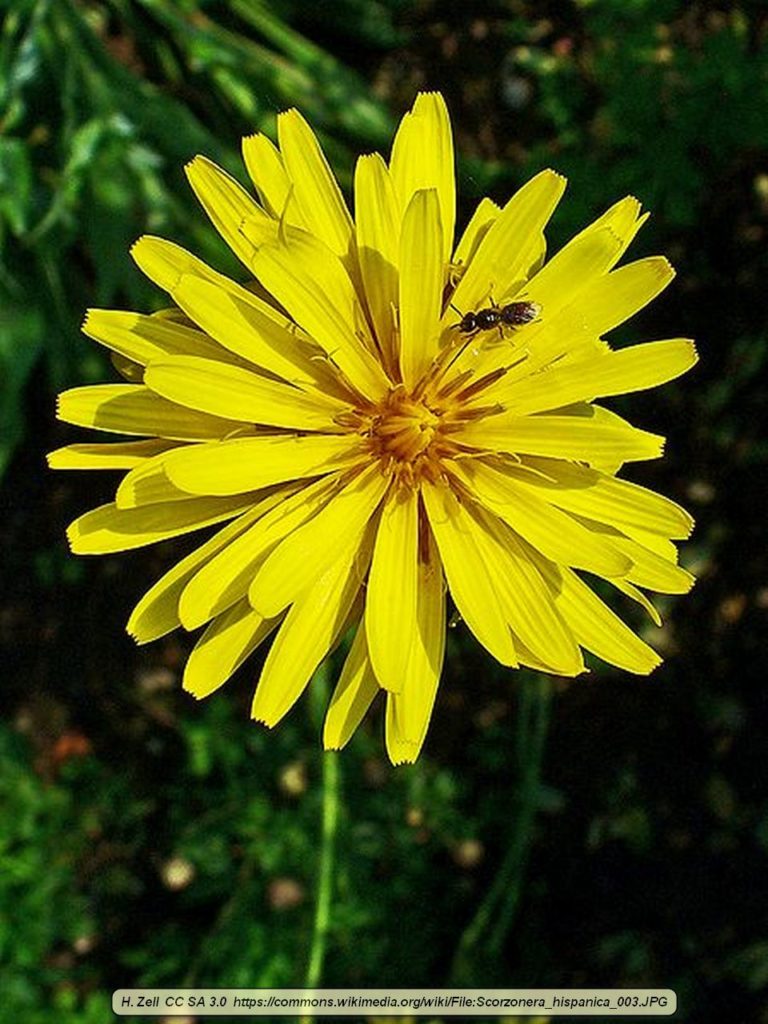 This plant is also called Spanish salsify, serpent root, black oyster plant or viper grass. The roots are similar to those of common salsify except that they have a dark skin.

The leaves are broad, pointed, and have small teeth on the edges. The leaves and the flower stalks spring up from the ground and the plant doesn’t produce a common stem. The flowers are yellow. 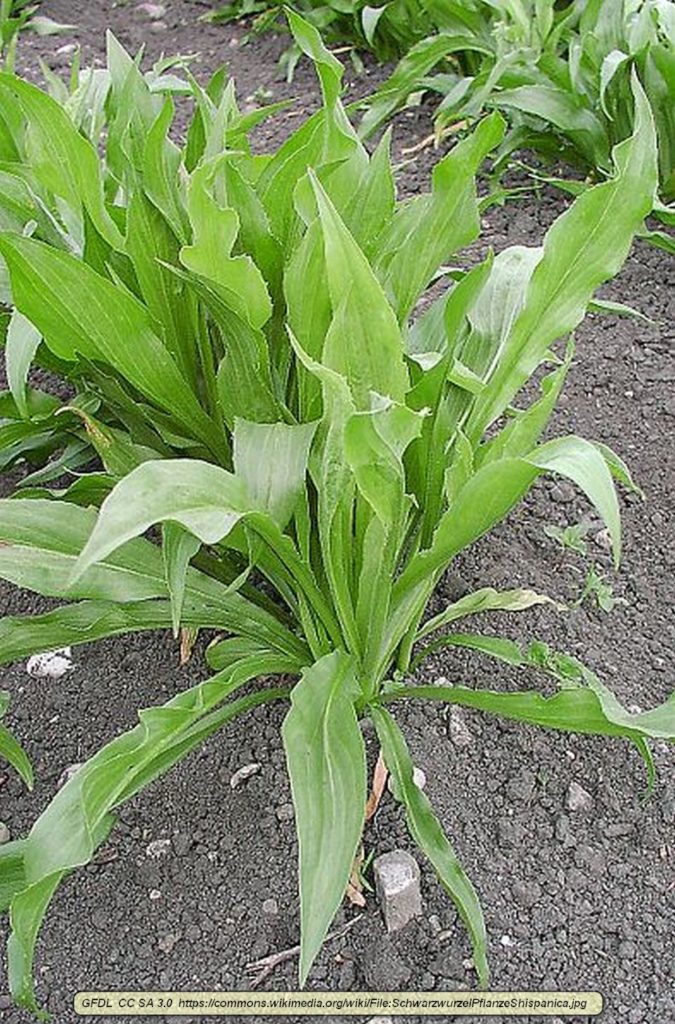 The skin of the root is normally peeled off before eating, though the peeling is simpler if the roots are boiled for 15-30 minutes first. Both kinds of salsify contain a large amount of latex or sap, but that of black salsify is quite sticky, which is the reason it is easier to boil it before peeling it.

Incidentally, if you get the sap on your hands, it can easily be cleaned off by the same manner tree pitch can be cleaned off. That is, rub some cooking oil into the pitch covered hands, then pour a small amount of dish soap into your hands, work it in and rinse it off.

Black salsify is high in vitamins C, E, A and B1, and in potassium phosphorus, iron, calcium, and sodium. Black salsify also has a slightly sweet taste, thanks to inulin that is present in the root. The inulin content makes this root especially good for diabetics. 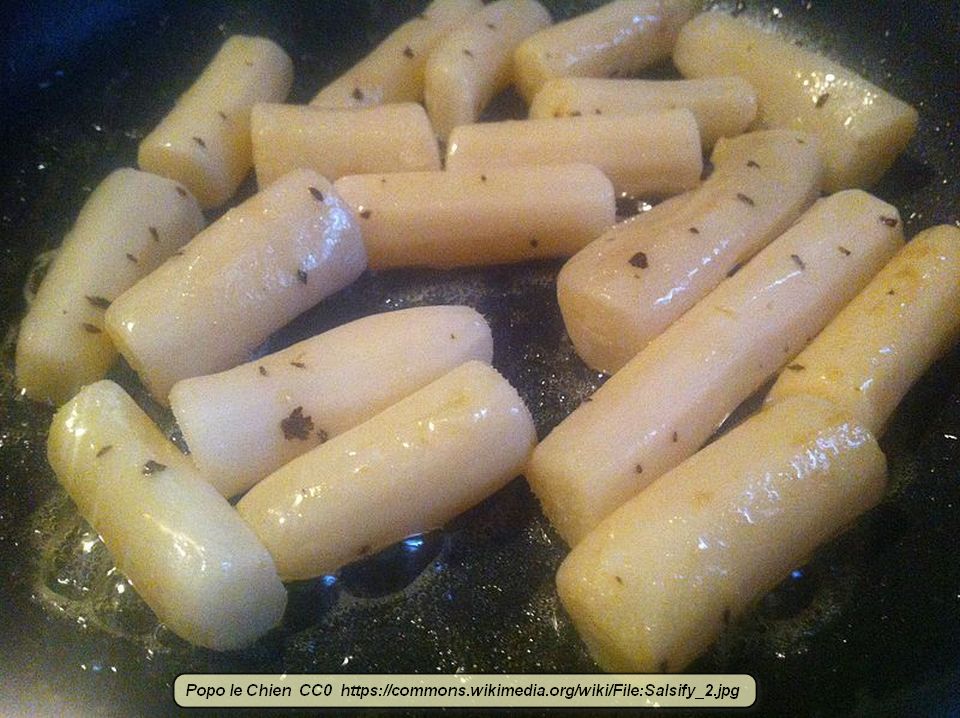 Salsify is still grown and consumed in some countries, though the US isn’t often one of them. The roots are edible, though, and healthful. The two plants are among those people should learn to recognize since they grow wild in so many places.