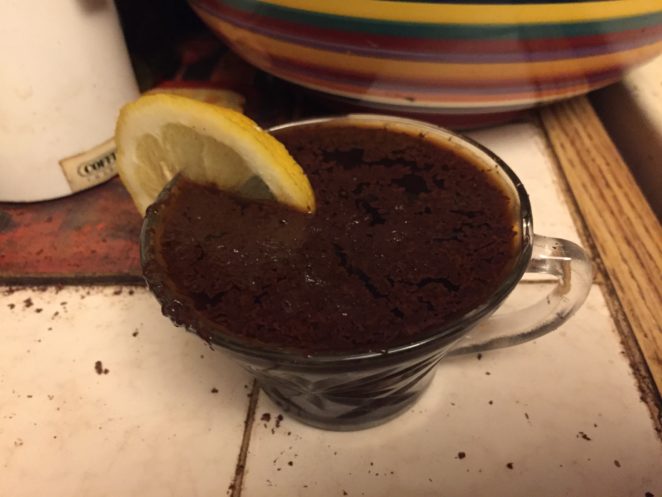 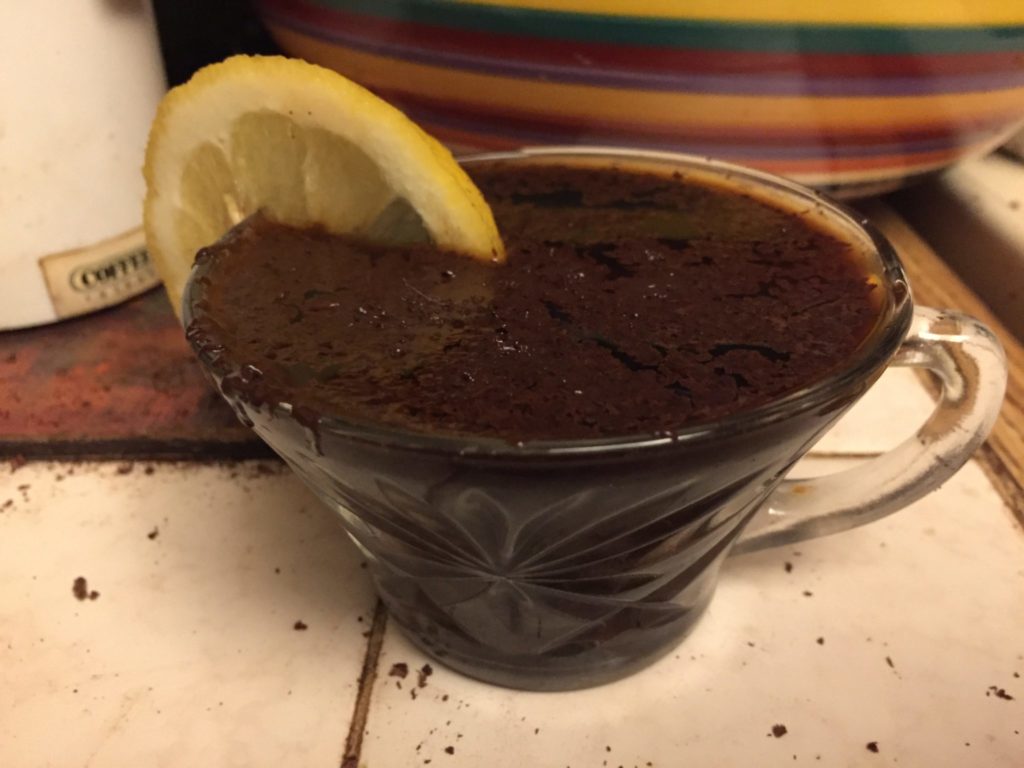 I woke up around 10 am, but I remained in bed for another hour or so. I checked out stuff on the internet, after my morning coffee, and I suddenly noticed that it was 3 pm. So, I decided to change my clothes because I needed to go to the grocery store. When I walked outside, I noticed the weather was a little cool and windy. And, there wasn’t any sun out. What happened to the summer sun? As I drove to Mother’s Market, I noticed that it looked gloomy outside, but there were still cars going by. I bought 2-week worth groceries, although I had to take some items out because cash registers malfunction when the price goes over a certain limit. My fridge was empty, and Gumby needed stuff. So, I just took out the raw vegan flatbreads. I will buy them next time. 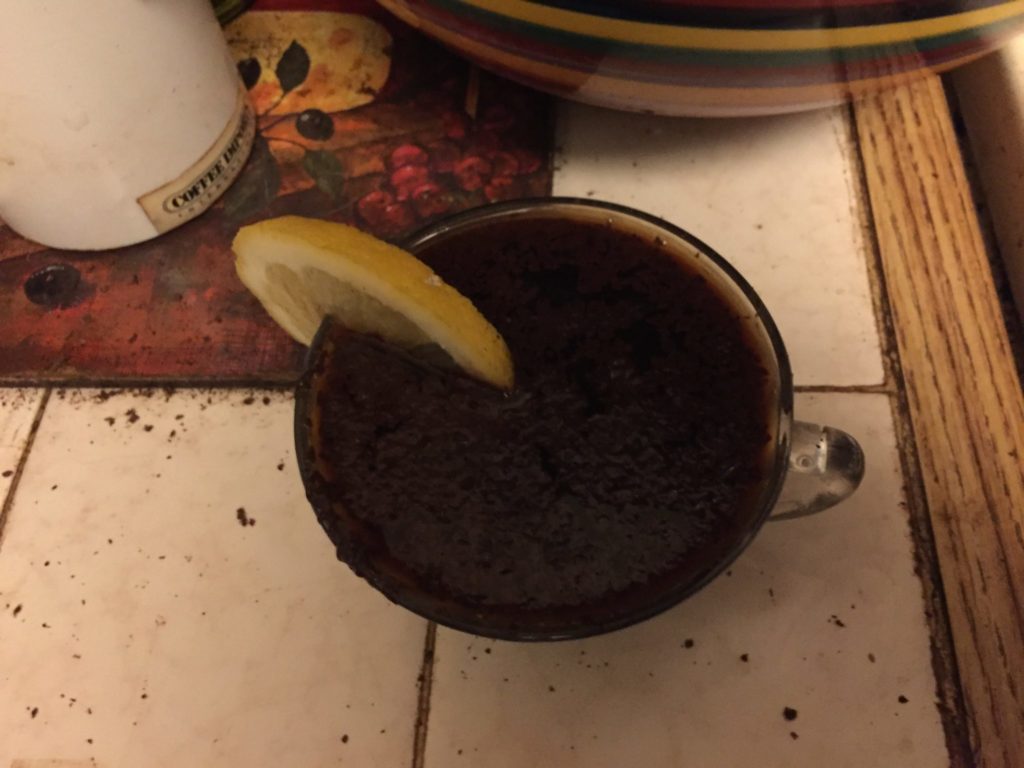 After eating my dinner, which included a vegan burger and vegan chocolate chip sandwich with creamy filling, I decided to make a cup of Bavarian Coffee. It kind of tasted like tea because the chocolate and lemon slice mellowed the espresso, even though I could still taste the bitter espresso taste. The coffee just had a slightly tangy and softer taste. Toward the end of the cup, the coffee tasted more chocolaty. I think I will put less chocolate syrup because I was just trying to copy the video demo, and I wasn’t sure how much he used. It is also better to do personal adjustments anyway. But it mostly tastes like Mocha Coffee with a slight tangy taste, which makes the coffee taste softer and sweet. 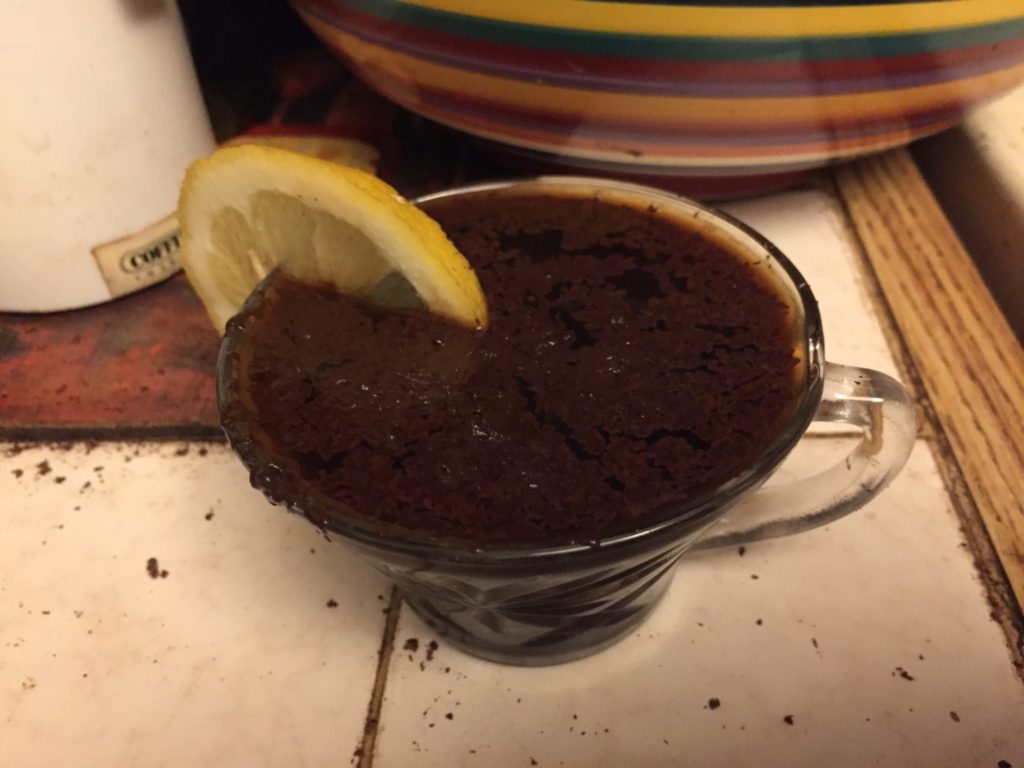