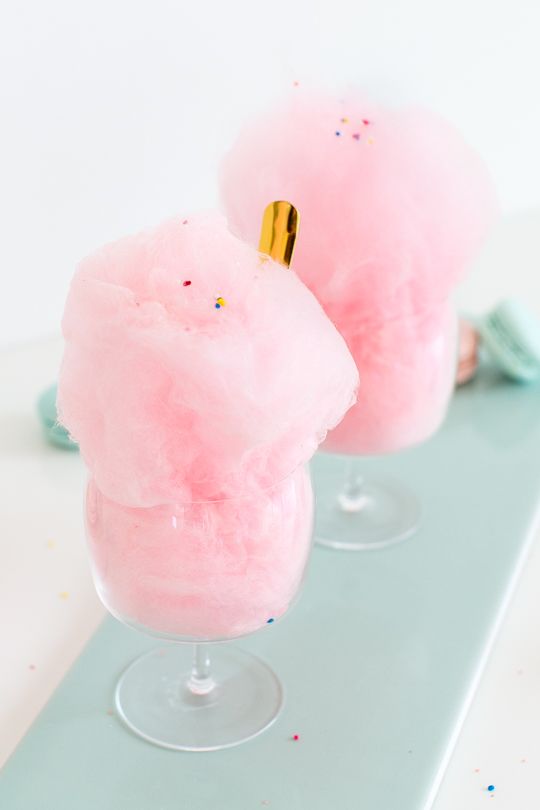 As amazing as it may seem cotton candy was invented by four men – Josef Delarose Lascaux, Thomas Patton, William Morrison, and John C. Wharton. Both Wharton and Morrison patented the first electric cotton candy machine back in 1899. Cotton candy was first introduced to the public at the St. Louis World’s Fair in 1904.

However, it was 50 years later when in 1949 a cotton candy machine with a spring base was introduced that it became easier to process cotton candy. Today cotton candy continues to be popular and sticky-fingered children love it.

You have to know what you ask for when you travel and you want to purchase cotton candy. Americans refer to it as “cotton candy”, in the U.K. and in India they call it “candy floss”, in Australia and Finland it is known as “fairy floss”, in France it’s “papa’s beard” and in Greece “old ladies’ hair”.

Today modern cotton candy machines melt the sugar and then spin it about at thousands of revolutions per minute. It is the centrifugal force that shoots the molten liquid through the tiny holes. As soon as the liquid mixes with air it immediately hardens into miles of fine threads.  These threads are thinner than a human hair.

Around the world, there are other versions of cotton candy. In Iran, they call it pashmak in Persian it means “wool-like”. They add sesame to the sugar before melting it.

China has a creation known as “dragon’s beard candy” that includes peanuts and coconut.

In Turkey, it’s Pismaniye a combination of spun sugar and buttered flour.

You can mark National Cotton Candy Day on your calendar since it comes on December 7.