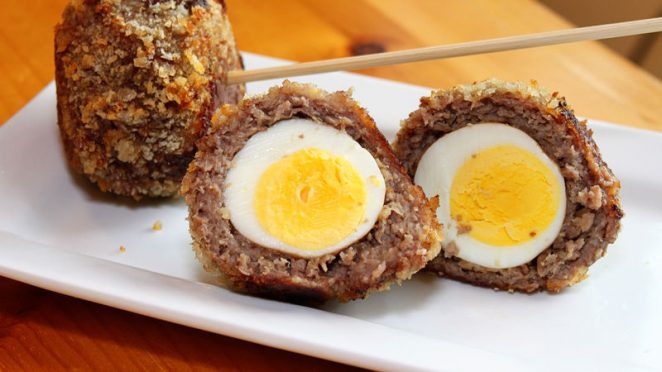 The one food that I really love which is quite unusual is known as Scotch eggs. The traditional Scotch egg is a regular hard-boiled egg that then gets wrapped in ground sausage meat then rolled in breadcrumbs and deep-fried. The story has it that supposedly this type of food was invented by Fortnum and Masons which is a food store in London in 1738.

The recipe for Scotch eggs first appeared in 1809 in a cookbook Mrs Rundell’s” A New System of Domestic Cookery”. Today Scotch eggs are considered picnic food and mostly eaten cold. They aren’t difficult to make but can also be gotten over-the-counter or pre-packaged.