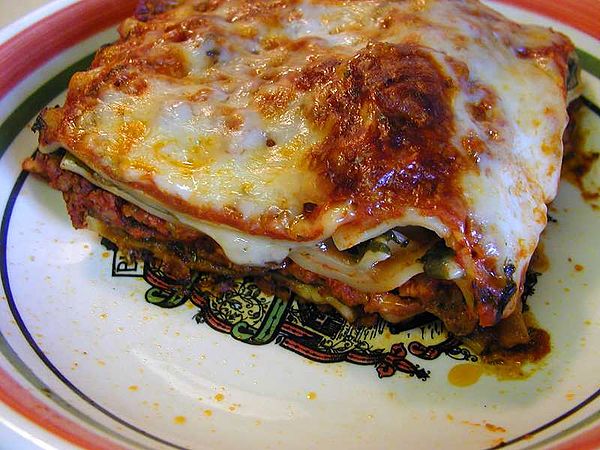 “At every church they dug deep pits down to the water level; and thus those who were poor who died during the night were bundled up quickly and thrown into the pit; they then took some earth and shovelled it down on top of them; and later others were placed on top of them and then another layer of earth, just as one makes lasagne with layers of pasta and cheese.”

The above is taken from the writings of Marco di Coppo Stefani, a chronicler who lived in Florence in the summer of 1348, when the Black Plague was ravishing Europe. While it is certainly an interesting description of how the deceased were handled in an emergency situation, it also provides proof of the existence of lasagna in the 14th century. This is interesting to me because, of all the different foods available to us, lasagna is my favorite.

I never thought much about the origin of my favorite food until I read the above in an article about how the people in the Middle Ages thought about death and dying.

Lasagna actually refers to two different things. First, it refers to the wide, flat pasta noodle, which may be the oldest known form of pasta. It also refers to a food composed of layers of the pasta alternating with layers of cheese, sauce, meat or other ingredients.

Lasagne originated in Italy. According to tradition it came from the city of Bologna. Although it is always oven-baked, the lasagna recipe varies from region to region. The variations come from the types of cheeses, meat and spices used. In some areas vegetables may be added.

In southern Italy the pasta is a mixture of semolina and water while in the north, where semolina is not available, wheat and eggs are substituted.

According to the book L’arte culinaria by Marcus Gavius Apicius ancient Rome had a similar dish known as lasana or lasanum which comes from the Latin word for container or pot. It may just be, however, that lasagna is even older than that.

It might be that the word comes from the Greek laganon which was a flat sheet of pasta dough which was cut into strips like the pasta noodle. In modern Greek the word is used of a flat unleavened bread.

A third option traces it to the English loseyn, a 14th century dish found in The Form of Cury, a cookbook from the time of Richard II (1367-1400).

Whatever the origin of the name is, the stuff is good.