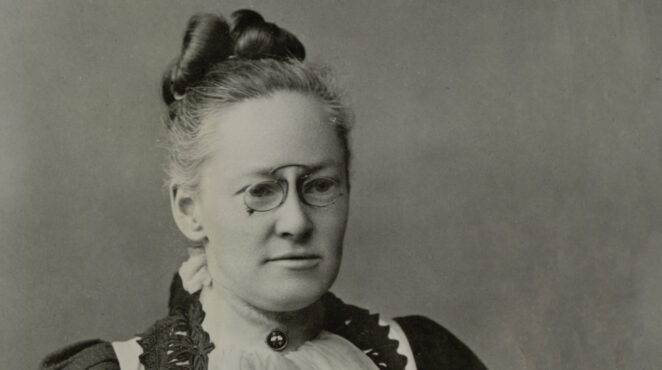 Her recipes provided just the exact measurements and guaranteed her readers the best results. She learned her cooking skills at the Boston Cooking School. She wrote and put together her cookbook while she was the director of the school.

During her high school years, she suffered a paralytic stroke, forcing her to stop her education. While helping her mother she found that she loved cooking. This led her to the Boston Cooking School and later on in 1902 Farmer opened up her own school Miss Farmer’s School of Cookery which was meant to teach housewives. She also was a lecturer for a course in dietetic and invalid cooking at Harvard University. Along with her sister Cora Farmer Perkins, she wrote a regular column for the Woman’s Home Companion.

The Fannie Farmer Cookbook went on to 12 editions in the first 70 years and made sales of almost four million copies. The cookbook includes recipes for every day and classic dishes. It also instructs on formal entertaining, the use of kitchen utensils and etiquette.  She has also published other cookbooks but none quite as popular.