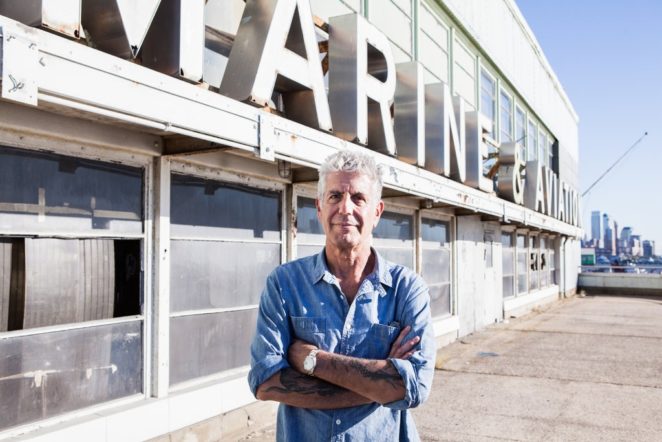 Cover photo by Alex Welsh for The New York Times

I was really sad to wake up to numerous text messages with news that Anthony Bourdain had passed away. The number of messages I received about Bourdain goes to show how much of an impact he had on my life.

He was the first “celebrity chef” that I followed through his show No Reservations on Travel Channel. He introduced me to so many great chefs, restaurants, and bites of food. Most of the chefs I follow somehow came through Bourdain. Parts Unknown on CNN really showed me his gift of storytelling. The last episode of season one on Congo was perhaps the most compelling TV I have ever watched. The writing, videography, and direction were so different, it made me forget where I was and brought me into his world.

Bourdain impacted how I ate, how I traveled, and how I look at the world. I like to travel to places that aren’t frequented and overrun by tourists. This is directly from his influence to explore “parts unknown” and to look for hidden gems that someone else might have missed. One of the best trips I’ve taken was to Detroit. Seeing the history of a great American metropolis and the resolve of the people fighting through the recession because of the incredible pride they had in their city is an experience I’ll never forget and something not everyone will get to do.

Bourdain has enlightened so many of us to start exploring the world and find the joys of eating. He has said, “If I’m an advocate for anything, it’s to move. As far as you can, as much as you can. Across the ocean, or simply across the river. Walk in someone else’s shoes or at least eat their food.”

I agree with Shaun King on how to honor Bourdain:

4 ways I hope we will live our lives to honor Anthony Bourdain….

1. Search out good food. Eat it. Tell everybody.

2. Find cultures other than your own. Value the people. Tell their stories. Lift them up.

4. Speak out unapologetically on injustice.

Thank you Tony, you will be missed.