Paris–Brest (pronounced “Paree-Breast”) is a French dessert, made of light buttery choux pastry and almond-rich praline flavoured cream. Today I had one after lunch at the restaurant where my daughter works, and I’m still full seven hours later! I don’t think I’ve seen this dessert before in Ireland, and it’s several years since I had one in France, so I ate it with relish 🙂

The dessert was invented more than a century ago, to commemorate the famous bicycle race from Paris to Brest on France’s western tip, and back. It continues to this day as the oldest long-distance road cycling event. Notice the shape of the dessert resembles a bicycle wheel!

My introduction to Paris-Brest was several years ago in a campsite in rural France, which was very popular with the local youth. My daughter was in her element and soon fell in with a young chap who was an apprentice in a nearby bakery.  We quickly learned that there is a tradition in France, where a male suitor must bring goodies to the parents of the girl involved, and the first time he called to our tent to invite the daughter off to where the young folk gathered every evening around a bonfire, he presented us with a large cake box with guess what inside? A massive Paris-Brest. We’d never seen or tasted the likes before, but I was an instant fan! On subsequent visits, he would turn up with other fancy cakes and pastries, and sometimes special beers, but the Paris-Brest is the gift that stands out in memory! 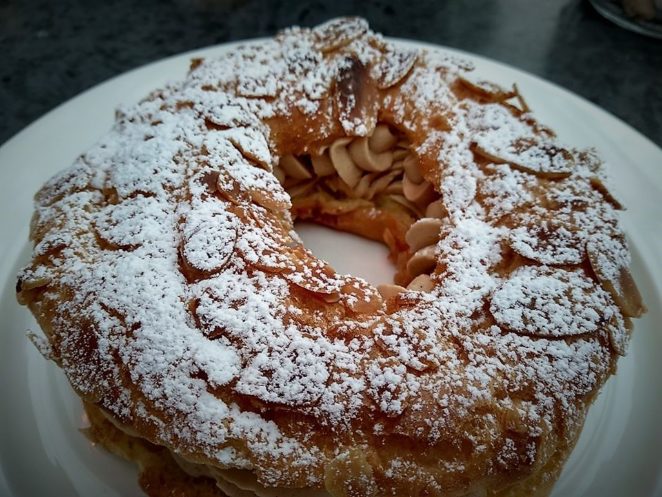 There it is, just waiting for me to eat it! 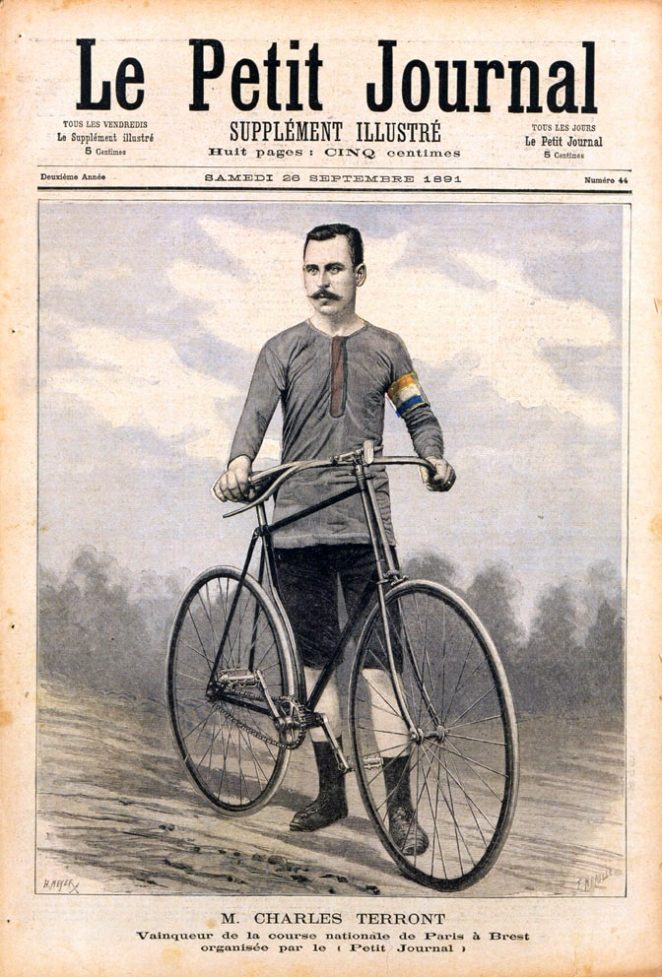 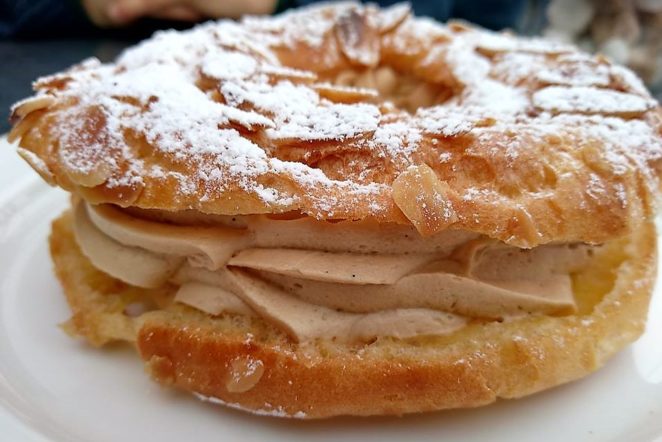