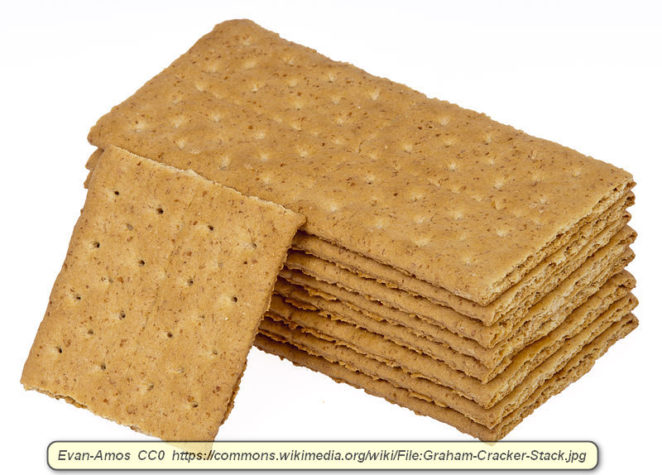 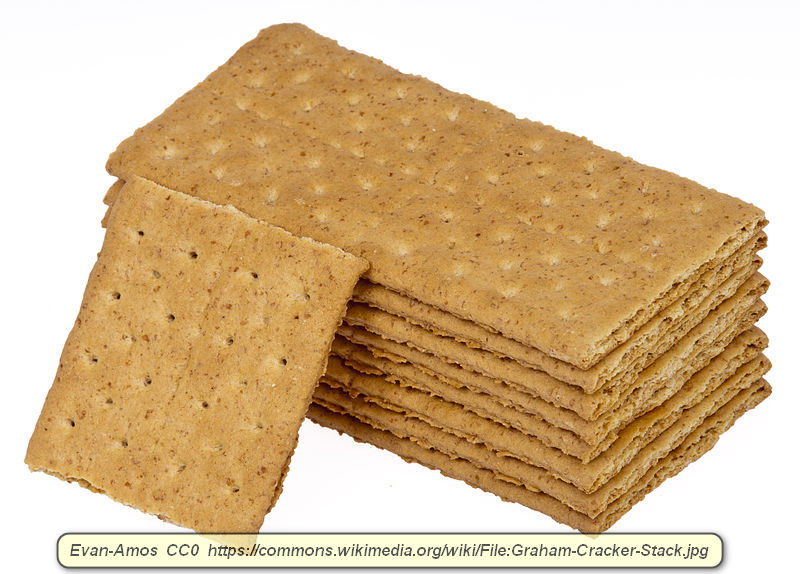 Among my earliest and fondest memories are those of sitting on the porch, happily munching on Graham crackers, often dipped in milk. These weren’t often purchased, so they were a very special treat. Truth is, though, that it isn’t at all difficult to make your own Graham crackers.

Graham crackers or graham wafers are named after Sylvester Graham, who was a preacher who lived in the 1800s. As a note, it is for this reason that the first letter of “Graham” should always be capped, since this is a proper name.

The store-bought version is far more refined than is necessary, though. Most folks feel that the homemade version is far tastier and there is little doubt that it is healthier.

Although these do contain sugar, they are also better for diabetics than many other sweet crackers. This recipe calls for whole grain flour, not bleached, white flour. This does contain wheat and is thus not gluten-free. It can be made with oat flour, but the flavor isn’t quite the same.

2. In a separate bowl, cut in the butter, brown sugar, and molasses with a fork, pastry knife or electric mixer until it is well blended

3. Stir in the flour mixture. When it is completely mixed, slowly add the water until the mixture has the consistency of stiff cookie dough. Put the dough in the fridge for at least a half hour.

4. Turn the dough out onto a floured table or counter and use a rolling pin to roll it out to about an eighth of an inch thick. Use a butter knife to cut the dough into rectangles of about 1 inch by 2 inches.

5. Place the rectangles on a greased cookie sheet so they aren’t quite touching. Bake at 350 F for about 10-15 minutes or until they are just beginning to brown.

Once these are cooled, you will have homemade Graham crackers. They can be eaten as is or used in any other way that store-bought Graham crackers can be used.

You can use granulated stevia in place of the brown sugar, but if you do, increase the amount of molasses that is used. I see little point in using stevia in this recipe, though, because it does contain molasses. Besides, the flavor isn’t quite as good as when using brown sugar. 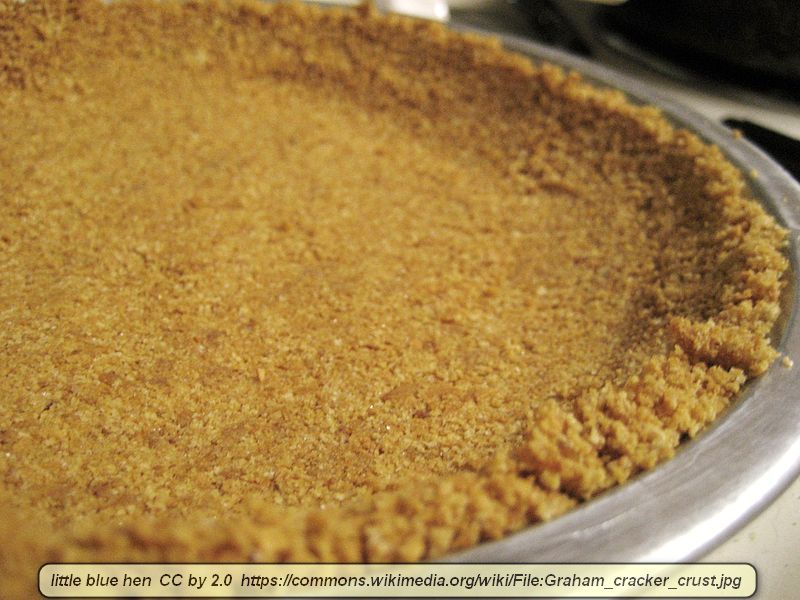 Despite containing sugar and molasses, these Graham crackers are healthier than those that can be purchased. They are also tastier and normally quite a bit less expensive. They even have the added advantage of only containing what you know that they contain. You are in total control of the ingredients.