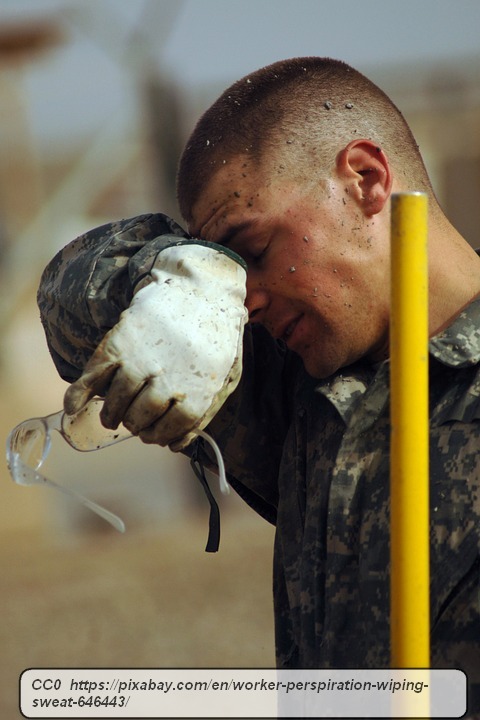 Most people are likely to know that particularly in the summertime, because of sweating, it is very important to drink plenty of fluids to prevent dehydration. Too often, though, people neglect to also increase their electrolytes. Doing so is crucial for health, though.

What is an electrolyte?

An electrolyte is simply a substance that produces an electrically conducting solution when dissolved in water. That might not make a lot of sense to most people, but suffice to say that it is vital for the function of the nerves. There is a reason that the term is most often applied as a plural. There are multiple electrolytes, including calcium, phosphorus, magnesium, sodium, chloride, and potassium. These need to be balanced in order for the body to function correctly. The last two are tremendously important for nerve function and body temperature regulation.

If the electrolytes aren’t balanced, several problems can occur. One of those is a suddenly elevated body temperature. This can happen quite rapidly and a person might not even realize that it is occurring. However, this is life threatening and is commonly called heat exhaustion, heat stroke, or sun stroke. These aren’t the same thing, but the electrolyte imbalance can lead to or contribute to all of these.

The problem with sweating

When we perspire, it is the body’s natural response to high temperatures. The evaporation of sweat cools the skin, though it isn’t always noticeable. The problem is that sweat contains more than just water. It is also laden with electrolytes. This means that if a person is sweating profusely, which isn’t uncommon in the summer, they are losing huge amounts of electrolytes. A balance is lost quickly, too.

It is for this reason that the military and others often hand out ‘salt tablets’ if people are going to be working in high temperatures. You can do the same thing at home by sprinkling some salt in your palm and touching your tongue to it. You can even dissolve a small amount of salt in water and drink it. This helps tremendously, however, there is still an imbalance in electrolytes. Consuming salt increases the sodium and chloride levels since salt is sodium chloride. It doesn’t increase the levels of any of the other electrolytes, though.

Simple solution to the problem

There is a simple solution, no pun intended. When you consume some salt, also consume some salt substitute. That may sound strange, but salt substitute, marketed under several names by different companies, for instance Nusalt, is sold for people who are on low sodium or sodium restricted diets. It needs to be pointed out that even people on sodium restricted diets need an increase in sodium intake when they sweat profusely.

Salt substitute is potassium chloride. Thus, by simply taking a small amount of salt and salt substitute, increases the two most important electrolytes your body requires, to replace what is lost through sweating. Putting 1/4 teaspoon of salt and 1/4 teaspoon salt substitute in a tall glass of water is even better because there is still the issue of hydration that is needed. If desired, this drink can be sweetened with a small amount of honey and/or flavored with drink flavorings or Koolaid. A person can even add a few drops of lemon juice, orange juice, or other fruit juices. (Fruit is a natural source of phosphorus, magnesium, potassium, and sodium.)