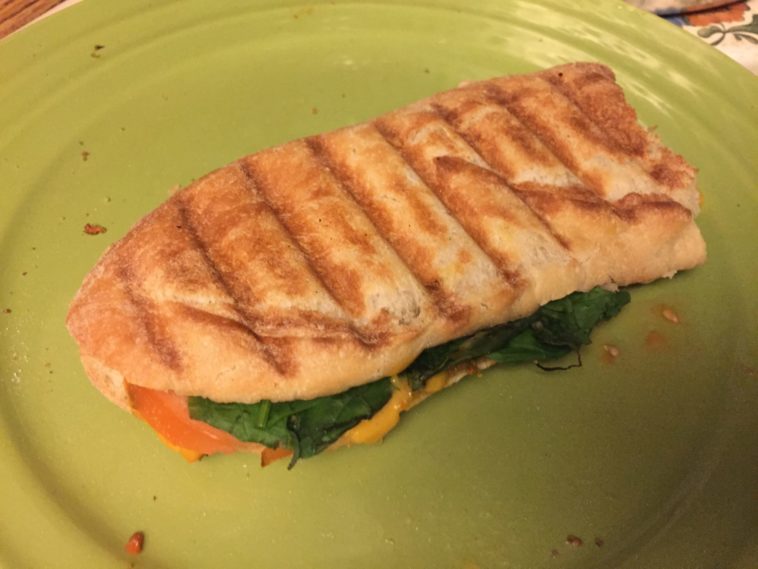 By noon, I decided to go to Trader Joe’s to buy some Holistic dry cat food for Gumby. Mother’s Market was out of the Wellness dry cat food, although one of the employees told me they will order some for me, and it will be at the store sometime next week. He needs some dry cat food for this week. While at Trader Joe’s, I decided to buy some French bread and multigrain loaves in order to make some panini with my later mother’s Cuisinart Griddler Express panini maker. The last time that I went to the Fullerton house, I decided to take it because I tend to make lots of grilled cheese and Panini sandwich, whether with vegan cheese or animal cheese. I also found vegan taco shells, in which I didn’t even know they had that anywhere. I can’t wait to try it out this week. I already made my raw vegan meat via food processor, which looks like a colorful blend of kale and carrots grinded together into vegan vegetables taco filling. I also got 4 small avocados and some regular animal cheese.

For lunch, I used some French bread and made my sandwich, before placed it into the Griddler Express Panini maker. It was good. It is much bigger than my mini pink purse grilled cheese sandwich maker, which makes mini triangular cutout sandwiches.

Then, I made Affogato Al Caffe, and I used my new wine glasses. I added a scoop of vegan vanilla ice cream. I enjoyed my late lunch while watching a corny teen movie, Fired Up, on the independent channel.

I like eating lunch in style by making my own gourmet meals.