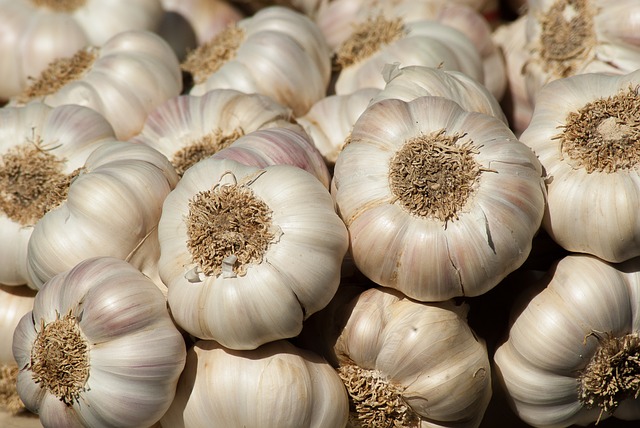 Garlic is one of the natural remedies with more historical tradition. It has been recognized with lot of benefits, such as relieving depressive symptoms, protecting against certain type of tumors, improving the body’s immune system or the cardiovascular system. With the development of science, it has become possible for us to know which components of garlic make it a real treasure for our health. This Allium Sativum, generally known as garlic, has been cultivated for centuries all over the world.

The cultivation of garlic began in Asia and swiftly spread throughout America and Europe. It’s use is also a part of many cuisines and it is one of the most popular spices in the Mediterranean diet. It is this culinary use in small quantities that often not fully assess their nutritional composition. Analyzing this aspect, it is seen that 30% of the edible part corresponds to carbohydrates and about 6% protein. However, what is interesting is its composition in terms of minerals and vitamins.

Besides its nutritional aspects, it is very interesting to know how garlic has been used for many medicinal purposes all through the history of mankind. In ancient Egypt, it was considered as a heart tonic and for this reason, it was taken by the slaves who were brought in to build the pyramids. Even its use is recommended by many papers on medicine. In the Roman and Greek cultures, it was also taken by soldiers and sailors to boost their strength.

During the middle ages, it was used as an antibacterial to fight back diseases of the respiratory system. Oriental medicine used it to relieve depressive situations besides using it to cure respiratory and heart problems. Coming close to our present days, during World War II, given the shortage of hygienic facilities, garlic was used as an antiseptic for external injuries. At present, it is part of many pharmaceuticals and the healing properties of its components are studied in many clinical trials.