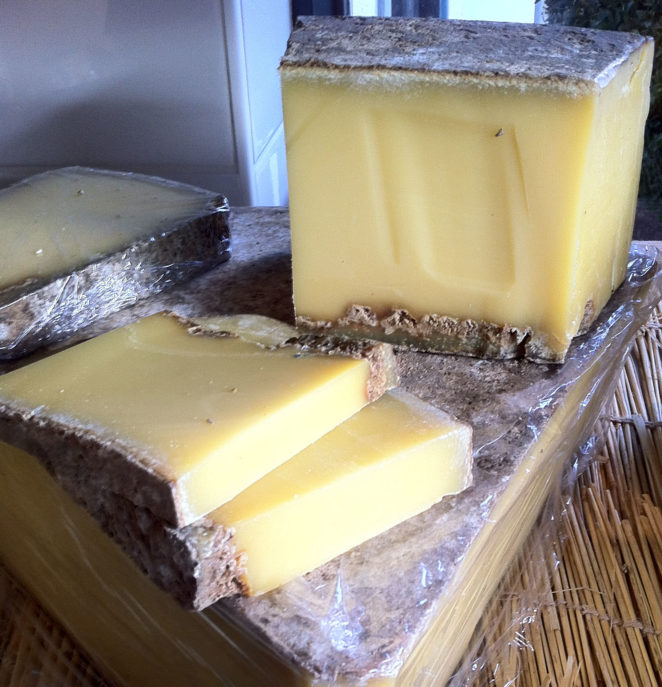 Irish food is made up of fresh ingredients and is known for its quality. When the Irish cook they don’t use spices or herbs just salt and pepper. You won’t find condiments like gravy or sauce on the table. The traditional Irish diet includes potatoes, grains, and dairy products. They also serve potato scones which are similar to biscuits and is a specialty in the north. For many centuries the Irish have been great cheese makers and Ireland offers around fifty different kinds of homemade “farmhouse” cheeses.

An important part of an Irish meal is all kinds of soups, seafood, and meat. Their soups are cooked thick and hearty with seafood, potatoes, and different meats. Since Ireland is surrounded by water they have easy access to seafood like salmon, scallops, lobster, mussels, and oysters. Even though all of this seafood is available they prefer to eat meat more often with the most typical meats being beef, lamb, and pork. Sitting down at an Irish table you would probably be served a dish with meat, potatoes, and cabbage. For several centuries Irish Stew had been looked upon as Ireland’s national dish. I love the lines from an early 1800s poem that praised the stew:

Another important part of Irish culture is bread and the most typical bread is fresh soda bread which is a crusty brown bread made with whole-wheat flour and buttermilk. Other hearty breads and cakes are also available.

Some Irish Dishes to Try: Colcannon and Champ – The Irish really embraced potatoes when they were introduced from the New World in the late 16th century because they offered tasty and inexpensive meals. Colcannon is a classic dish with mashed potatoes, cabbage or kale and butter or cream all flavored with scallions. There are many different variations and Champ is a similar mashed potato dish flavored with scallions, milk, and butter. To both dishes, you can add mustard or celeriac. Boxty – This particular dish has been described as potato dumpling, potato pancake, and potato bread. There are those that say the name originates from an Irish phrase – aran bocht ti, meaning “poor-house bread”. The recipe consists of grated raw potatoes mixed with mashed potatoes and then either mixed with flour and salt and boiled before being sliced and fried in butter (boxty dumplings), added to a pancake-like batter before being fried (boxty on the pan) or the batter mix gets baked in a loaf tin and then sliced and fried (boxty in the oven). Either way, you choose to make it, it always comes out delicious and can be served with bacon, eggs, and tomatoes.

Boiled bacon and cabbage – this is made with salted pork which is usually soaked overnight to desalt it some. Then it’s boiled with cabbage which is added in the last ten minutes of cooking. Boiled potatoes are added to the dish. You can make a silky, parsley sauce for this. If you like you can also add carrots. Coddle – This is a working-class Dublin dish. Coddle means to simmer slowly with ingredients all added to one pot. This can be thrown together with leftovers and then stewed in the oven for hours. It includes slices of pork sausage packed in bacon rashers or leftover boiled bacon and sliced potatoes and onions. To make a really great version use best quality pork sausages and bacon and serve this with slices of soda bread to soak up the juices.

Their most common beverage is tea and the popular alcoholic beverages include whiskey, beer, and ale. People love to drink Irish Coffee made with whiskey and whipped cream. In rural Ireland, it was traditional to have a large breakfast. A typical breakfast consisted of soda bread, pancakes, porridge, eggs and different meat products. A full old-fashioned country breakfast could consist of fresh fruit juice, porridge and a “mixed grill” that includes breakfast meats and black pudding, scones and soda bread with butter and preserves all washed down with tea or coffee with hot milk.

The main meal wouldn’t be eaten at dinnertime but at lunchtime. It would consist of a dish like “Dublin Coddle”, bacon, sausage, potato and onion soup. Nowadays the Irish prefer lighter meals in the mornings and during the afternoon. The Lunch is  bowl of hot soup that is being served with  soda bread right from the oven . If you prefer there are pubs that still serve the traditional larger midday meal. Supper in Ireland refers to a late-night snack that might consist of a slice of bread with butter and a glass of milk.