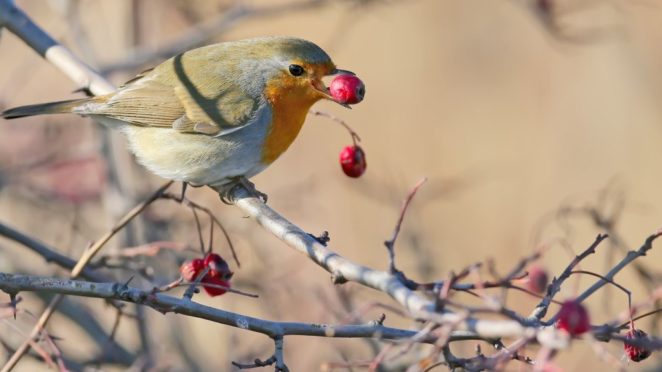 United States ;- Minnesota small birds became drunk and entering in to windows of the houses in the town of Gilbert and also disrupting traffic and their flying is also strange. After this  police has issued a statement with help of experts that berries tree’s are in surrounding which fruit juice is full of yeast and birds are addicted to it.  A large number of birds eat or drink these berries and the majority of birds are losing their senses due to this.

Ethanol has been seen in large quantities in berries juice and that the reason birds became drunk and out of sense and these birds migrate and eat too much, So that their fat work better and returns home from long distance place. However, these birds loose sense during fly and often time it falls on cars. 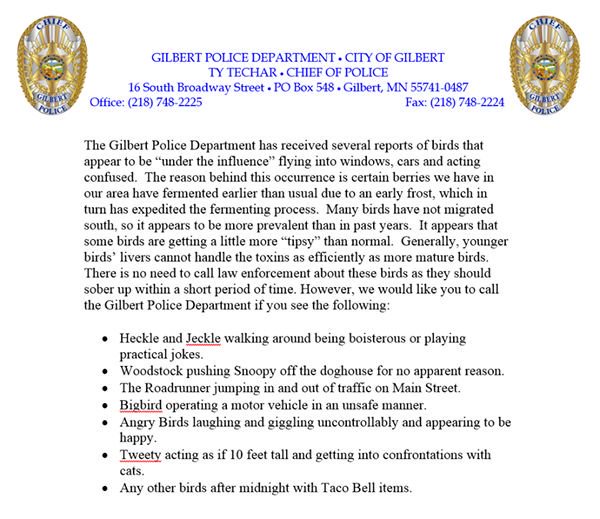 Experts have said that there is no need to call the police again repeatedly, because it ‘ll be fine in a while. The local residents has started calling them ‘Angry Birds’. Then the police has issued a notification which has been described as the cause of the bird’s status.

A local person told that seven birds in the week have bump with his car, On the other side, such problem is occur  every year in Canada, where an Oregon organization carries these drunk birds and cares for as long as they are not completely cured.