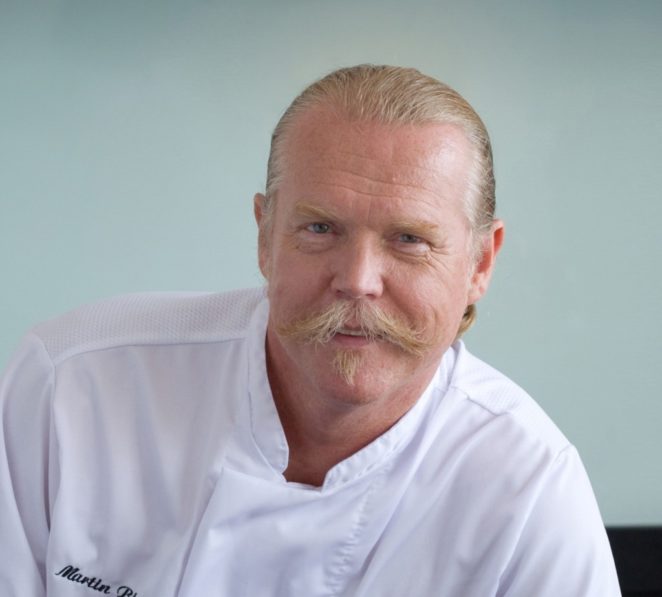 Martin Blunos the British TV chef was born April 11, 1960. He got college cooking training at Cheltenham and Cambridge. His half Russian mother has had great influence in his cooking style.

Blunos opened his first restaurant Lettonie in Bristol in 1988. He earned two Michelin Guide stars at this restaurant, one in 1989 and the other 1991.

In 1997 he moved his restaurant to Bath. It was there where he had the honor of cooking for Queen Elizabeth II and the Duke of Edinburgh when they visited Bath in 2002 for the Golden Jubilee tour. Short after that he closed his restaurant and started appearing on TV and doing consulting work for other restaurants.

In September 2010 Martin Blunos participated in the Frome Cheese Show and developed the world’s most expensive cheese sandwich. It contained cheddar cheese mixed with white truffles and sprinkled with edible gold dust. The sandwich cost £110.59.

Chef Blunos is a regular participant on Food Poker and a guest chef on Cooks. He has also appeared on Great Food Live, Food Uncut, Saturday Kitchen, The Supersizers Eat… and Iron Chef UK.