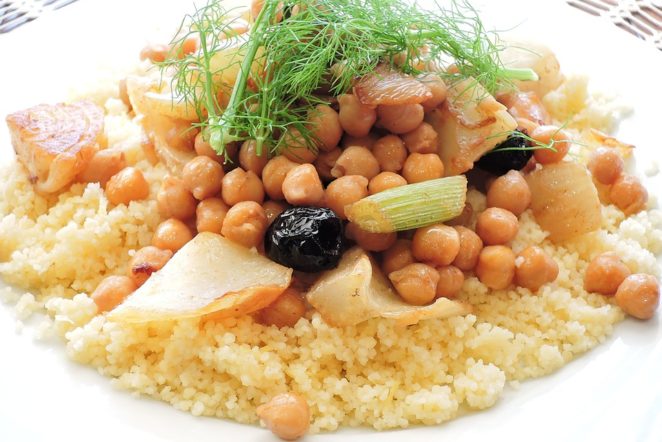 A friend at one of my old jobs told me her story about a time when she wasn’t feeling well and sent her husband to do the grocery shopping.  She made out the list. She thought her language was plain. On the list she had written “butter”. Her husband brought home butter!

She exclaimed: “You know we never eat butter! You know what kind of margarine I always buy!!”

He was confused and said: “The list said ‘butter’.”

She laughed when she was telling me the story. She remarked: “Men are so obedient.”

That’s my lead-in for another story. My husband sent my son to the store with a list. When my son got back he was sooooo frustrated! It seems he had gone everywhere looking for an item on my husband’s grocery list, only to discover that the item had a different name. He comes back home all flustered and says “Dad! Why didn’t you tell me garbanzo beans and chickpeas are the same??”

So later my husband asks me (as if I would know!) … “Who was it that changed the name from garbanzo beans to chickpeas anyway??!!”

So I Googled it and found an answer; and also learned that these legumes are called Bengal grams and Egyptian peas. But as to who changed the name? I’m clueless.

A grocery list can be a very educational tool. Agree?

Garbanzo beans or chickpeas.  Whatever the name, I love them!  In soups, in salads, in sandwiches, in hummus.  YUM!

There's a Reason They're Called 'Chick'peas ~ https://t.co/dIwfjkjHHT ~ “#Garbanzobeans (also known as #chickpeas, Bengal grams, and Egyptian peas) have a delicious nutlike taste and a texture that is buttery, yet somewhat starchy and pasty.” #chickpeasalad #saladrecipes pic.twitter.com/03kPeKWAew

Tahini and chickpeas are the main flavor components in hummus. So, this salad is like a chunky hummus!! Great idea! #recipe #lunch #dinner #vegan #vegetarian #chickpeas #garbanzobeans #hummus https://t.co/A0e8oHap0f

Does your family have a special healthy dish you like to cook, #WritingCommunity and #Foodies?#minestra #soup #cabbage #chickpeas pic.twitter.com/heFxKONAMg