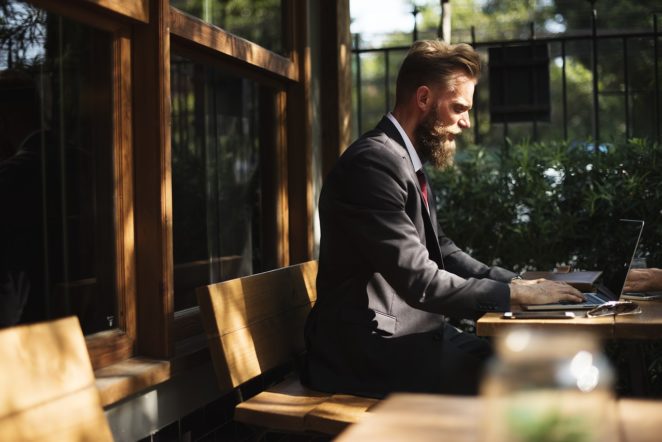 Beards were once a thing only really seen on the “uncivilised” like hippies and outlaw bikers. They were avoided by the majority of men in favour of a classic clean shave. Obviously, there were some exceptions: Abraham Lincoln, Charles Darwin and Santa Claus to name just a few, but on the hole, they were not seen in mainstream fashion.

Thankfully, a few years ago, hipsters donned beards around the world as their latest trend. This showed the rest of the world what they were missing: beards look awesome! From here, the beard trend blew up with more styles seen than ever before on regular men through to adored celebrities.

But which style is right for you? We’ve put together a list of the top-rated beard and facial hair trends for 2019 to help you find your perfect look.

What You Need to Consider

Before we get into the top beard styles in 2019, it’s best to look at some of the influencing factors that affect the type of beard you should grow. Although these rules aren’t set in stone, they might help you to pick out the right look and save you weeks of wasted growing.

Your Face Shape – The biggest influencing factor on the type of beard you should grow is the shape of your face. Whether you have a round, square, triangle or another shape, there is a certain beard that’s better suited to you. For a more in-depth guide, check out Braun’s infographic which breaks down beards for each face shape.

Your Hair & General Style – It’s best to try to stick to a style that suits your hair and clothing, complimenting your general aesthetic. However, don’t be afraid to push some boundaries. Fashion is becoming more and more experimental and edgier by the year, so don’t be scared to try something new.

Your Beard Coverage – Not every man has complete beard coverage. The density and where your beard grows will influence your choice of beard. If you have patchy cheeks, a beard strap or goatee may be the best option for you. Choose the most flattering style for your face.

External Factors – Although we don’t like to limit who can have what kind of beard, there are some external factors you should take into account. The temperature of where you live can be a huge factor. If you live in a tropical paradise, a yeti beard may not be the best option (although they can block out UV rays from the sun). Same if you work in a kitchen, a long beard might not be ideal for hygiene requirements – No one looks good in a beard net.

The stubble beard has been a popular choice since the beard resurgence, bridging the gap between a clean shave and a beard. The style is popular as all it takes is a quick trim on a long setting and some tidying up and you’re ready to go.

The stubble beard style is thought to be one of the most appealing looks for men. It’s also possible for most men, no matter what coverage they’re capable of.

Many celebrities have worn the stubble beard over the years with Liam Hemsworth and Bradley Cooper as stand out examples.

For a twist on the classic ‘five o’clock shadow’, you could always incorporate a faded soul patch. Be aware of going too heavy unless you want to end up looking like Billy Bob Thornton in his creepy years.

To perfect the style, use a beard trimmer and work down to the right length. A face and stubble moisturiser is also recommended to keep your skin in its prime condition.

Also known as the weighted moustache, the beardstache has had a mixed reception over the years, however, it has become a popular style in 2019. As the name would suggest, it combines a heavy moustache with a light beard. Beards go from stubble to short, depending on the preference of its wearer.

The beardstache offers an unusual take on facial hair that’s more noticeable than the conventional beard. All it takes is a trimmer on the beard using a long setting and a light scissor work to trim the moustache. It does require some effort to perfect the beardstache so go slow when working on the look.

The likes of Henry Cavil and Jamie Dornan have been seen mastering the look in 2019.

To get the most out of the style, you’ll need a decent beard trimmer, scissors and a quality moustache wax.

The full beard is another facial hairstyle that’s consistently on the list of popular beard trends year on year. It’s considered the manliest of all beards to grow and a kind of rite of passage. As it sounds, it’s a long beard with maximum coverage and growth.

A full beard doesn’t need a great deal of work once grown but it’s not the easiest thing to cultivate. It takes a time commitment to fight through the itchy stages and some careful styling to cover any patches you may have.

The style has been worn by many celebrities over the years but in 2019, the most notable is Jared Leto, Antonio Banderas and Tom Hardy.

For the best style, a beard balm or oil, depending on your preference, should be used. You should also trim the tops of the cheeks and neck to remove stray hairs.

The circle beard is thought of as a full goatee, connecting the moustache with a small beard on the front of the chin, stretching to the neck. It’s becoming increasingly popular as the style can be tweaked to give it a unique look.

Many men have opted for a circle beard including the likes of Hugh Jackman, Will Smith and Brayan Cranston in his iconic role as Walter White.

To perfect the look, a decent trimmer is required to stay on top of the growth of the full goatee and the surrounding skin. The style is ideal for someone who can’t manage full cheek coverage but someone who wants more than a stubble or patchy beard.

The Garibaldi has seen a surge in popularity over the last few years with an increasing number of people donning the unruly style. The beard takes its name from General Giuseppe Garibaldi, an Italian general from the 19th century who helped unify Italy. Garibaldi is thought to have worn his iconic beard whilst in power and during his many battles around Italy.

The beard has an unkempt style with a long and rounded chin beard, shorter sides and a bushy moustache. It has become somewhat a symbol of a strong and ultra-masculine man, with the likes of the UFC Champion, Conor McGregor, adopting the look.

For the best Garibaldi beard, beard oil should be used to give volume and a pleasant smell. Just because you’re going for a macho style, it doesn’t mean you can’t smell good.

Finally, we have the short beard: a full cover beard but neatly groomed and styled. The short bear is hugely popular as it can be worn around the office or in any other environment without any question.

Like the long beard, it’s a popular choice among a great number of celebrities. Ryan Renolds, Chris Hemsworth and Donald Glover have all worn one in 2019.

You could also adapt the look by adding in a fade between the hair and top of the beard. This incorporates one of 2019’s most popular hairstyles, blending to suit the beard.

For a short beard, you should stay on top of stray hairs on the neck and the cheeks as well as on the overall beard length. Use a balm or oil to give shape and improve the appearance.

David Atkinson is a content creator at 1st Choice Cufflinks, a UK-based, global retailer of premium cufflinks. They offer a huge choice of men’s accessories, styling you for any special occasion.