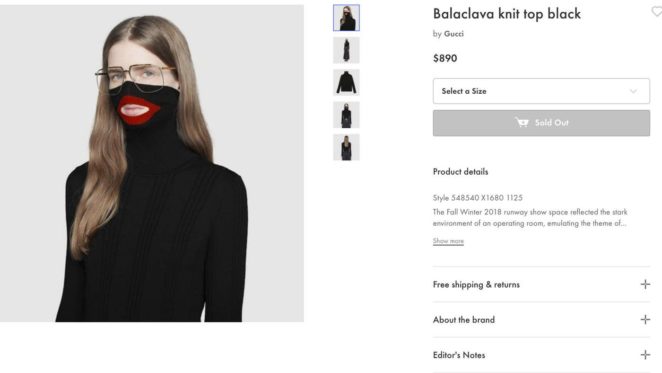 Who in their out right minds would create such an ugly looking sweater that honestly mimics blackface. Well apparently Gucci would put something like this out, and during Black History Month of all months. I’m not one that wears or shops at Gucci, but talk about a slap in the face to its African American consumers or anyone dark skinned. My question is, is this the type of ignorance Gucci has, and did they really think that someone of color would purchase this? And for $890? 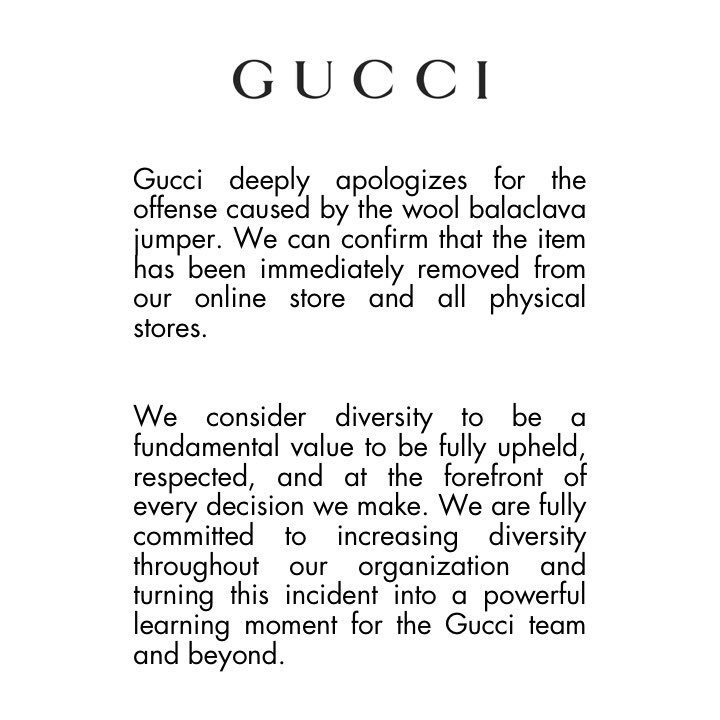 From the looks of this, Gucci obviously does not have anyone of color behind the scenes to voice what this comes across as. With all of the headlines about those being criticized as being racists for doing blackface you would think that a brand like Gucci would be aware of what it portrays, but from my view they just contributed along with the other ignorant individuals in society. As an African American myself, it is hard to forgive a brand for doing something like this, even if it were by accident. Blackface is blatant disrespect towards African Americans, but if you are not African American or anyone dark-skinned you will never understand. My response to Gucci is…….. Scusa le tue scuse