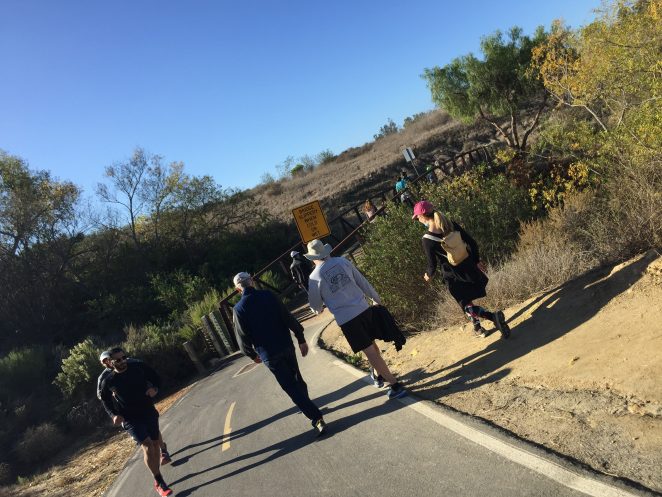 I woke up early and decided to go to the gym, although it was very cloudy outside and the sky was uninviting. I did 2 treadmill trails, although they didn’t have a video. Each displayed a map, outlining the trail and its surroundings.

Ofu Beach, American Samoa trail was along the coast. The trail was sandwiched between the coast and mountains. The trail tended to be very steep because my treadmill incline kept going up and down steeply.  I walked almost 2 miles, for 23 minutes, burning 231 calories.

Cinque Torri, Italy trail appeared to be in the mountains because the map looked very rocky, although there was a lake somewhere in the middle of the rocky terrain. I ended up walking 2 miles in 31 minutes, despite the trail was also steep, which was tiring. I burned 362 calories.

I decided to go on the stationary bicycle for a while, and I rode 4 miles in 28 minutes, burning only 60 calories.

I returned home and ate my lunch. While on Facebook, I noticed free online yoga classes. I decided to try it out for fun. I joined the class at 4 pm, and I noticed it was on Zoom, which I don’t really care for. But it was an interesting 90-minute workout. Today, I tried an advanced class, which I thought was too much for me. I think I will try the intermediate class next time. There were only 6 people on the zoom, and I didn’t have a camera, while they all had cameras, and I could watch them doing the poses. I think most of them were in India.