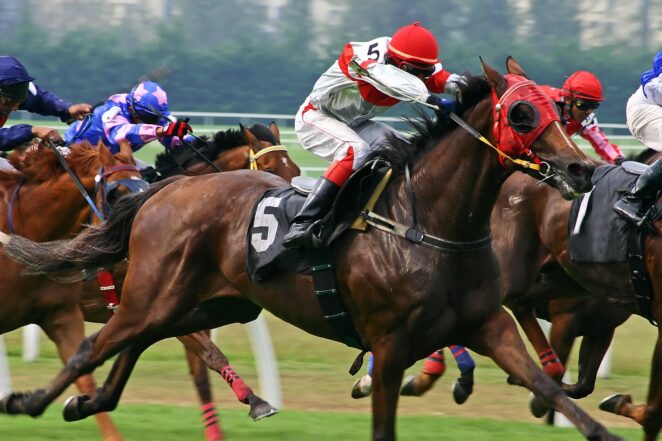 Australia is home to several noteworthy competitions in the horse racing industry, the Melbourne Cup, and 45-game runs that comprise the Autumn Racing Carnival. Racing events are so popular in the country, which boasts 360 race tracks—the highest anywhere in the world.

As the year opens, spectators, racing enthusiasts, and punters are looking forward to the high-stakes events, including the Doncaster Mile—one of Australia’s most remarkable events lined up in the racing calendar.

Like the equally famous Melbourne Cup, the Doncaster Mile has been around for centuries. Its inaugural run was in 1866, making it five years younger than the former. Despite having been around for more than 100 years, horse racing remains a highly-watched sporting event in the country. It ranks only behind football and rugby when it comes to drawing a massive audience.

The winner of the Doncaster Mile receives AUD$ 3million, making it one of the highest-paying races in the world. In 2020, the price was halved due to the pandemic but was raised back to its regular pot in 2021.

The Doncaster Mile and Golden Slippers events are considered Group 1 races—the highest level of competition for Thoroughbreds and Standardbreds. Only runners who’ve displayed good performance and racked up high scores qualify for these battles.

Because of the challenging game conditions, it can be tough to guess the winner of the Doncaster Handicap event. Better-performing gallopers are assigned heavier loads, while horses with less experience typically carry lesser weight. This levels the playing field for all competitors.

The race’s unpredictability makes betting highly exciting to experienced and seasonal punters—fueling the billion-dollar online betting industry further. For instance, the heavier weights allocated to outstanding runners will likely slow them down, while less-abled horses with lighter loads may outperform these race veterans.

Also known as the Doncaster Handicap, this competition is considered one of the most challenging races in the world. To the uninitiated, a handicap race refers to a contest where a galloper bears a certain weight based on its capacity. With this challenge, the winning horse must display strength, speed, and stamina.

The goal in guessing the race winner is to determine which horse performs better than initially thought. In most cases, race enthusiasts are often in for an exciting game. Without knowing each galloper and its performance history, it can be challenging to make the right choice. Head on to  https://www.youtube.com/c/PuntersAustralia if you want to learn some tips on horse racing.

As with other competitions, betting on the Doncaster Mile is filled with hits and misses. Age isn’t the only deciding factor, as in 1876 when a pre-teen Aboriginal jockey named Peter St. Albans emerged as the winner. He remains the youngest jockey to win in the race’s history. Decades later, in 1992, a 16-year-old rider named Paddy Payne rode to victory at the Soho Square.

Legend jockey Glen Boss, who won the Melbourne Cup three consecutive times from 2003 to 2005, also triumphed in the Doncaster Mile race seven times and in the Golden Slipper twice. He was inducted into the Australian Racing Hall of Fame in 2015 and announced his retirement in 2021.

Exceptional trainers also recorded notable wins in the previous results of the Doncaster Handicap game. Such was the case in 2005 when renowned trainer Guy Walter handled the three top placers.

6. The Doncaster Mile is entrenched in the Australian culture

The upcoming 2022 Doncaster Mile shall be the 157th edition of the centuries-old race. Thus, it’s safe to say that the competition is deeply ingrained in the Australian culture.

In 2020, despite the pandemic, organizers pushed through with the competition in the Royal Randwick Racecourse, albeit without a live audience and with a reduced prize pot. Thanks to the highly evolved sports betting industry, race enthusiasts could still participate in the festivity by betting on their choices online.

For its enthusiasts, there are more reasons why the Doncaster Mile remains one of the most prominent events in the Australian horse racing calendar. Notably, the game’s unpredictability makes it all the more exciting to spectators and punters alike. If you’re planning to join the fun and place bets on your favorite thoroughbreds, start searching online and offline sources to learn more from the racing pros.