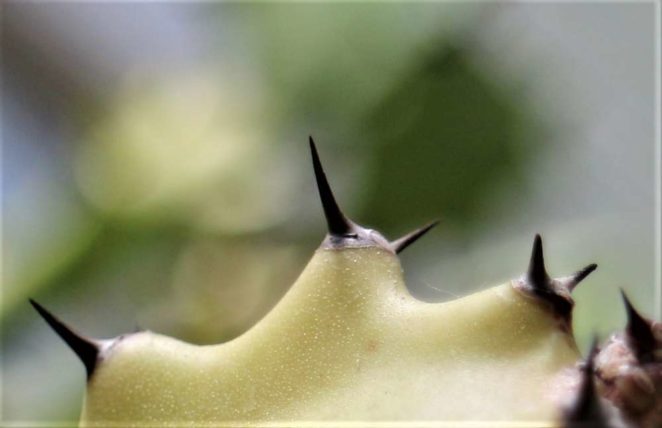 When I first took this picture and viewed it on the camera’s view screen I instantly thought ‘Hey, that looks like there’s a Viking about to burst out of the plant.’ I went on to consider whether it was feasible for Vikings to be actually plant life forms rather than humans! Or perhaps this plant was a carnivore and a bunch of Vikings who had just walked past ended up being lunch! I took a hasty step backwards at this point.

Humanity has always tried to make sense of photographs or obscure objects. How many times have you read about an image of Jesus on a piece of toast, or about faces on the moon or mars? In fact, if you stare at the wallpaper in my bathroom you will actually see about a dozen different faces looking down at you – it’s kind of uncomfortable!! I also wonder what those faces think when they look at me going potty!

Apparently the mind plays tricks on you – it tries to make sense of patterns where there is no real image – it forces you you to see something that simply is not there! It is fun to do of course. How many times have you looked at the clouds and thought ‘Oh look, a Unicorn’?

Of course, on further consideration I realize that the picture is simply some thorns….

What do you see in my photograph?