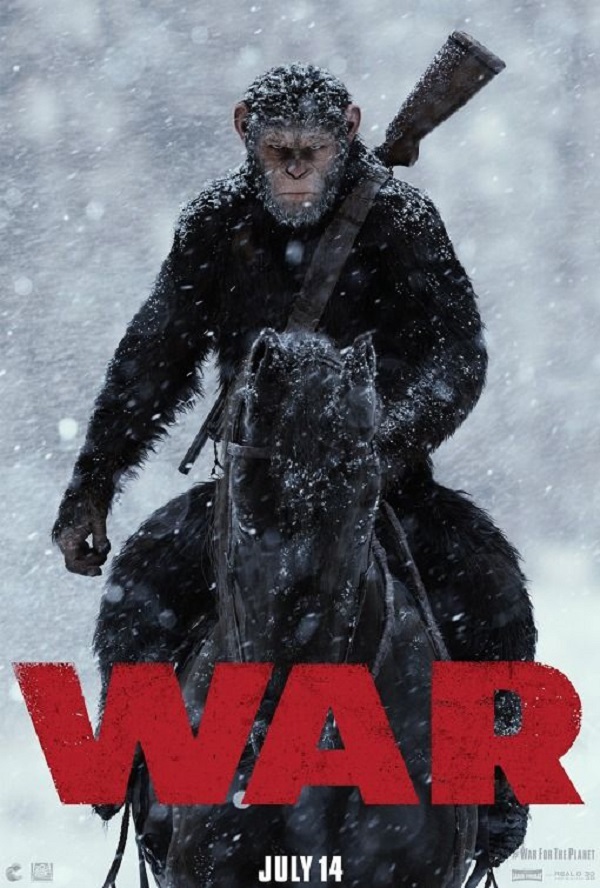 I remember when the first “Planet Of The Apes” came out in 2003 that stars actor Andy Serkis as the ape named Caesar who started his life after his mother who was named Green Eyes died early in the movie when she was shot by security guards when she was angry at the humans who wanted to show that the experiment of using a drug to cure brain diseases since Green Eyes was taking care of her baby.

Caesar as he was called by his former owner Will Rodman (James Franco) inherited the intelligence of his late mother as he grew into adulthood during the first and second movies of the series. Caesar then became the leader of the apes who settled in their home just outside of San Francisco at the end of the movie.

Now that the third film of the series which is called “War For The Planet Of The Apes” will likely signal the end of the line for Caesar as the leader of the apes.

However since the movie is expected to draw a huge audience when it opens in theaters in America on July 14, 2017, there are plans for the studio 20th Century Fox to make a fourth movie but with a new leader of the apes to succeed Caesar.

No wonder some of the entertainment sites are saying that Andy Serkis should be nominated for an Oscar for his role as Caesar in “War For The Planet Of The Apes”. For a moment there I thought I was reading a satire website.

Even though “War For The Planet Of The Apes” will be competing against “Spider-Man: Homecoming” I am sure that Caesar will take a bite of out of Spider-Man and Iron Man costumes and tell them “Apes…do not want war with you. Oops…wrong movie again.”  To see the faces of Iron Man and Spider Man hearing an ape to them would be priceless.