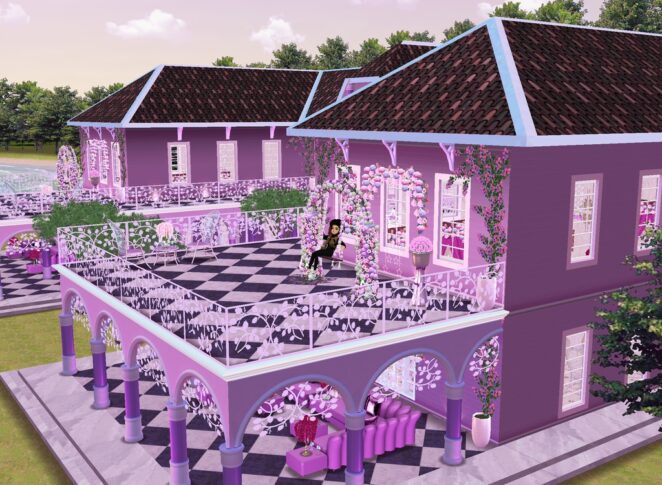 I woke up early, although I was still tired, and slowly got ready to go out. I just wanted to check Mother’s Market at an earlier time. As I drove there, which was close by, I notice people riding their bicyles and some cars. I also noticed two fire dept. vehicles. It looks like a nice day, and I might go out for a bike ride later. I dropped by Mother’s Market, and noticed there is still no toilet paper, in which I was told it was a manufacturer issue. This is weird. So, I drove home. I turned on my computer and entered IMVU, in which I noticed I received a new house gift, which is an ultraviolet neon two-story cottage. It looks cute and fun, and it is the second ultraviolet home with lots of bright neon people I got, as well as a neon bar. So, I realized virtual reality games are promoting the ultraviolet neon theme a lot.

I googled ultraviolet, and I noticed it is used for killing microbes. Hospitals use UV lamp to sterilize equipment and the air in certain rooms. F&D companies use these UV lamps to sterilize their products. I think this is good to use for this time. I probably should go out in the sun more often.

I googled Ultraviolet symbolism, and I noticed it has to do with the future, dreams, and imagination. the bright color tends to spiritually calm one’s emotions, which sounds like new age movement to me. It also has to do with inspiring and enhancing psychic abilities as well as spiritual enlightenment. It also tends to be grounding. I am already intuitive, and I also have been doing yoga since the 90s. So, I have I am already grounded.

This is the ultraviolet neon cottage. It looks cute and fun, but I immediately noticed masonic checkered floors. My avatar is modeling a simple outfit, while she poses in different areas. 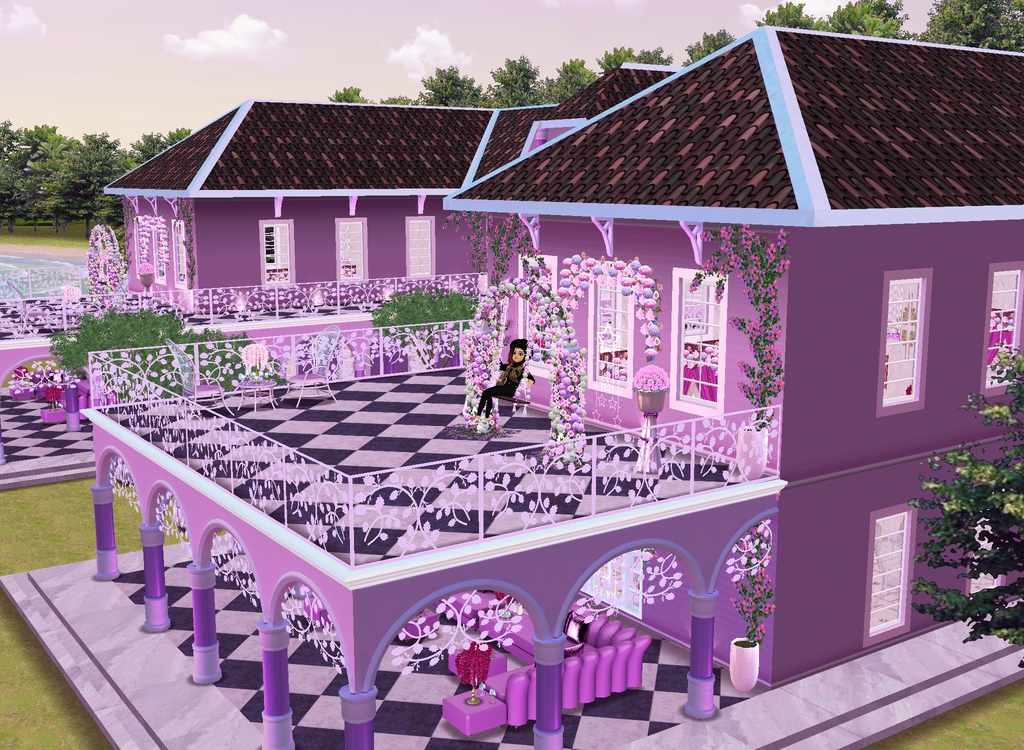 The backyard is also cute, which faces the coast, beach, and ocean. It looks relaxing, as well as a celebratory party of some kind. I suddenly noticed the cute teepee-like tent but with sheer fabric. But I also realized it has the shape of an illuminati pyramid. 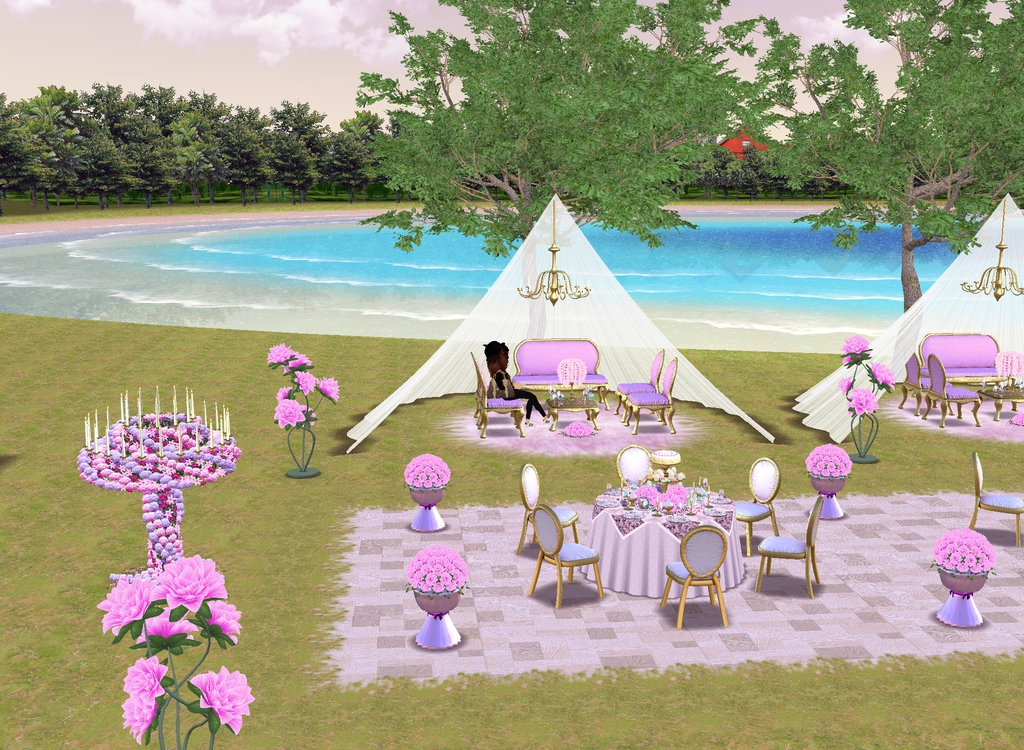 The third snapshot is of the downstairs, which looks quite cozy, filled with outdoor couches and bistro furniture. 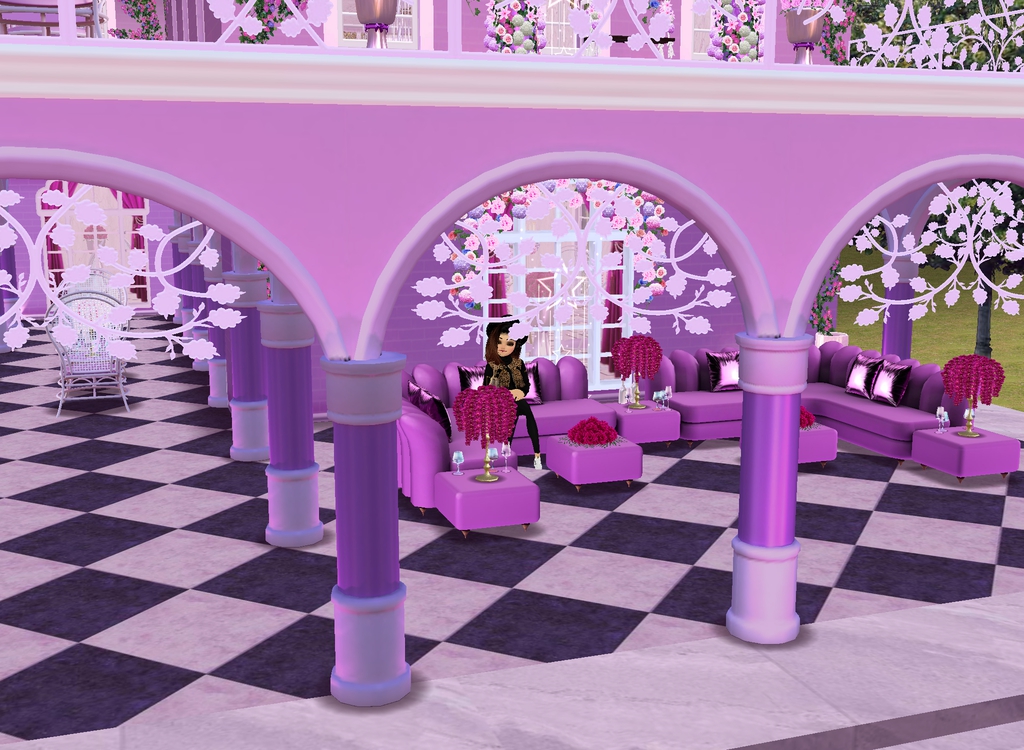 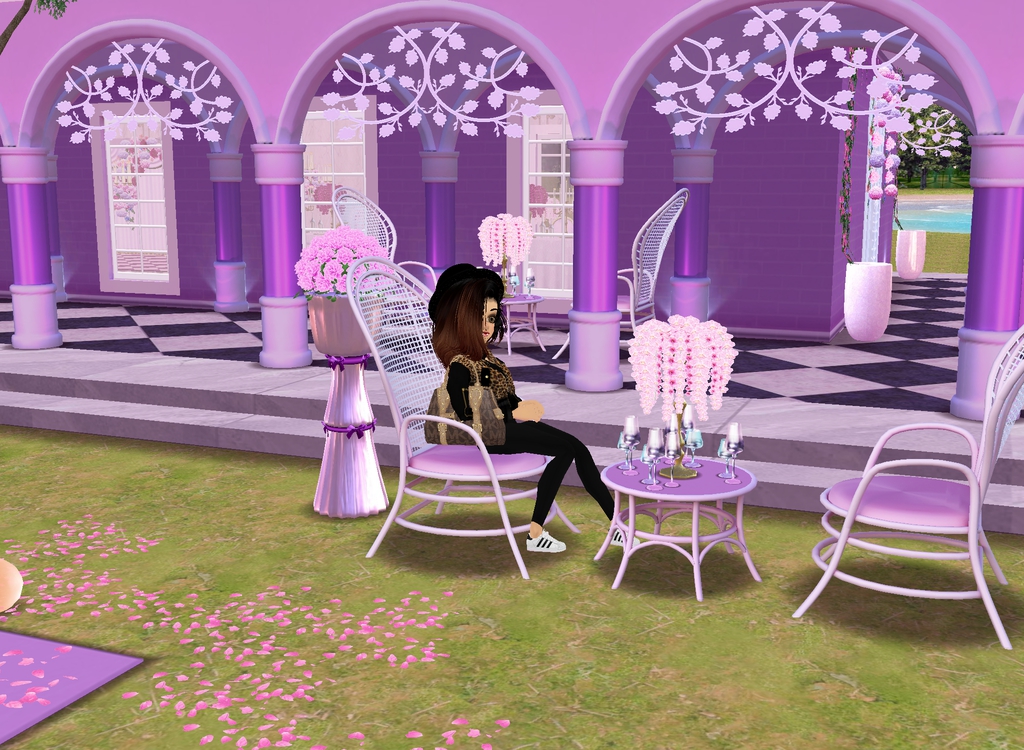 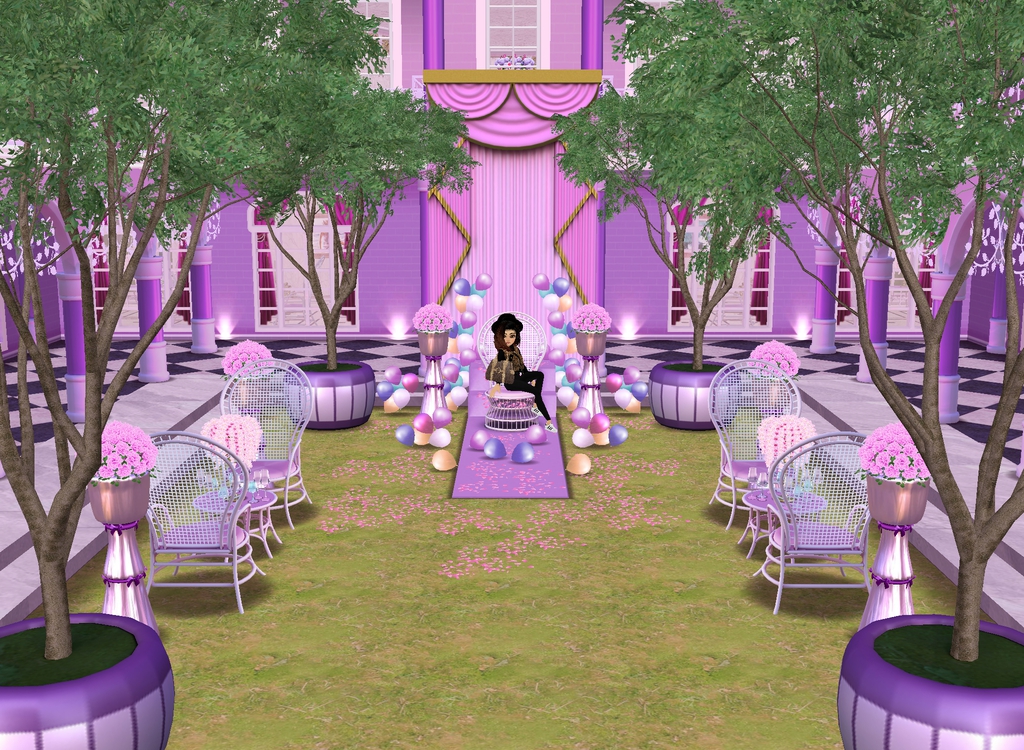 She is now inside her purple-drenched cozy but elegant parlor. It is also a bedroom. 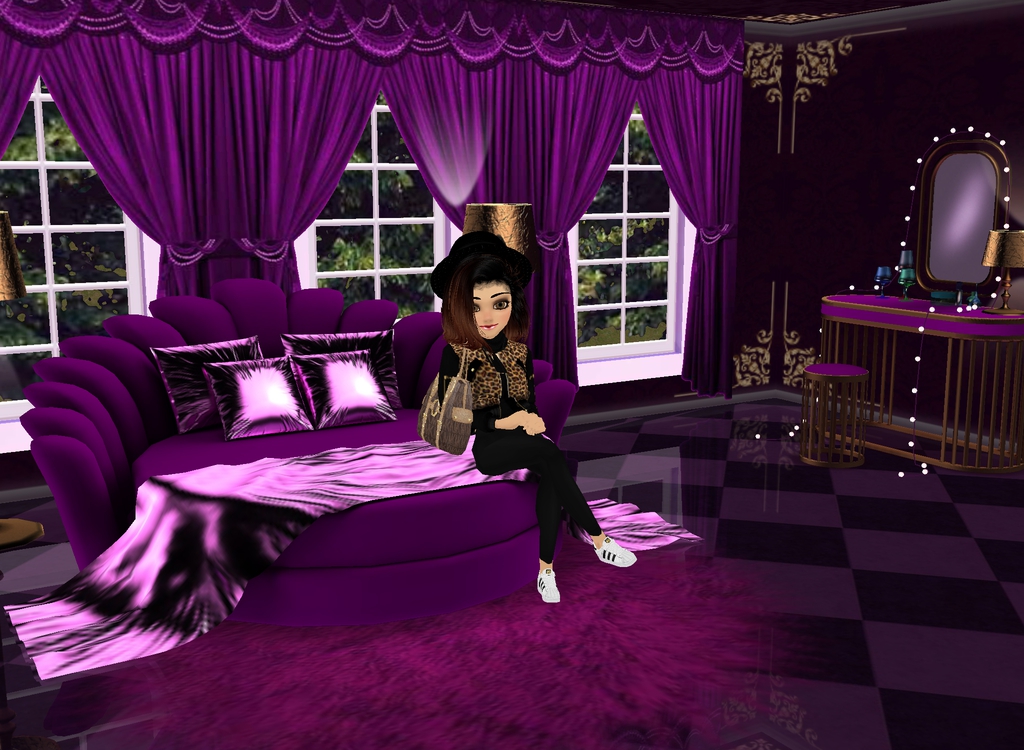 She is now relaxing on the purple chaise, which is also inside the parlor. The photo in this room has a picture of a female with neon pink hair. 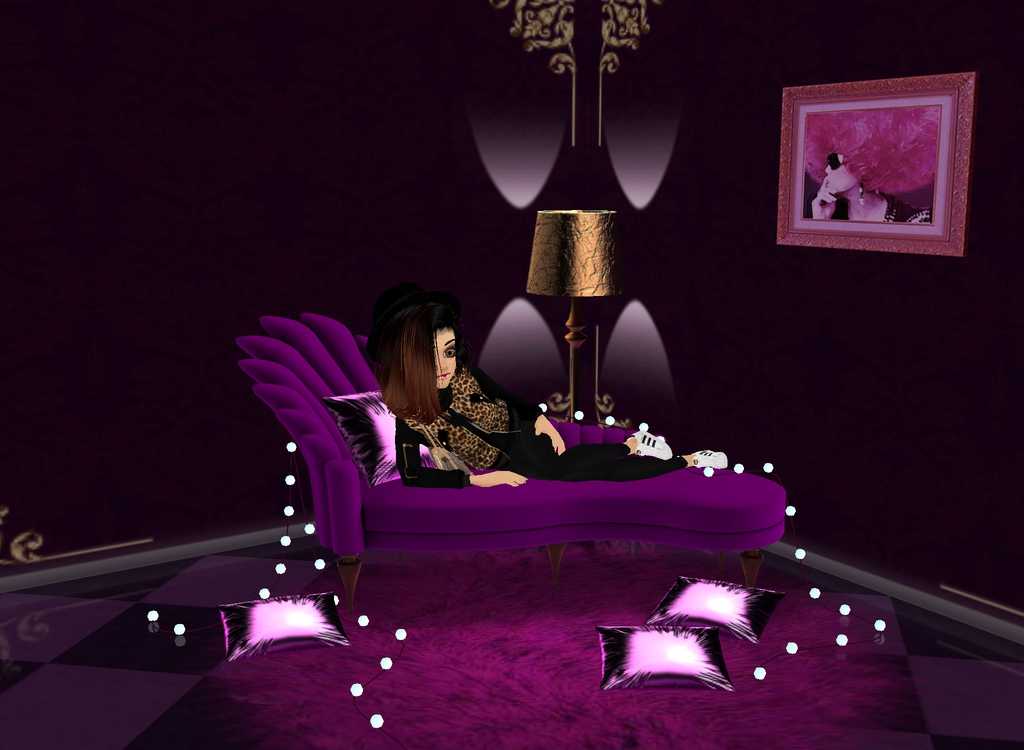 I soon noticed that this house doesn’t have a bathroom, in which I will probably add one later.

Therefore, I think these Ultraviolet-themed homes in virtual reality has to do with our future, which is based on new age, and other crazy things yet to come…these internet games are all on the promotions…