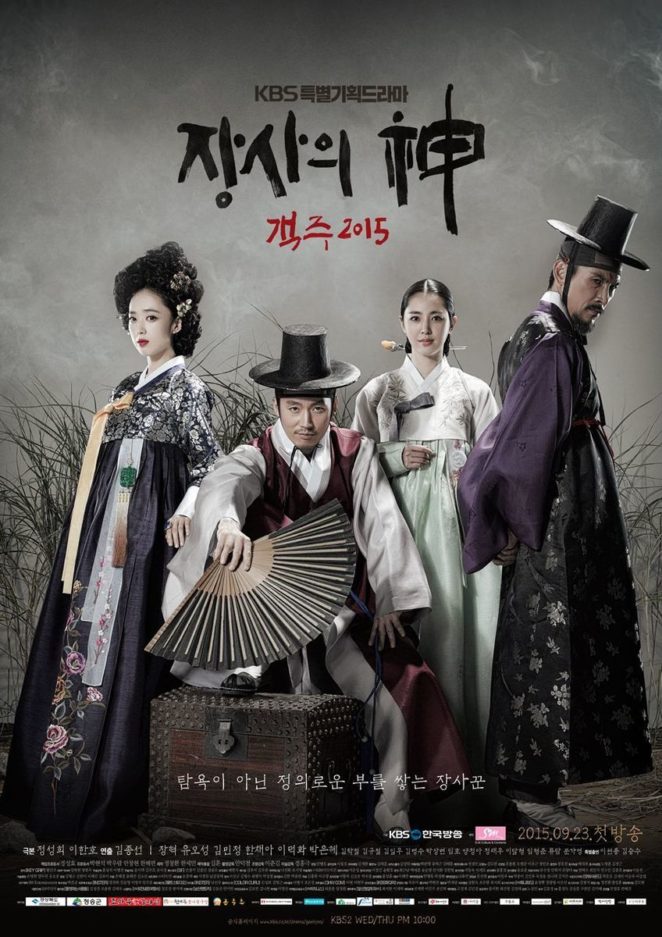 Currently watching “The Merchant: Gaekju” (2015). The English translation for the title is “God of Commerce” and it has 41 episodes.

With about 26 episodes left to view, I’m sharing this review or rather this PRE-review.  By doing it this way, I’m less likely to accidentally blurt out the ending and spoil it for others who may want to see it.  🙂

In today’s American business, we have what’s called bulls and bears. Back in the 17th century Korean business world, not sure about the bulls and bears, but there were definitely snakes and Shamans.

The main character is Chun Bong-Sam (played by Jang Hyuk), who never even wanted to be a merchant. Sadly his father died a tragic death when he was only 8 years old, and when he grew up, he stepped into his father shoes and became a merchant too.

Have only watched 15 episodes. It’s taking me a while to complete this series because the plot’s unpredictability is driving me nuts!  (O.o)

You know how it is. You sit down to watch a movie or a series. You think you know what’s going to happen and how it will end and then … that’s not what happens!

Well for me, that has happened in several of the episodes. None of the outcomes or my predictions about the outcomes were correct.

Incredible! Doesn’t the scriptwriter know the rules of plot writing??!!!

The characters I liked were being killed off!

It is very upsetting.  But of course, I will watch the complete series because I just have to know how ends!  🙂