In the trailer for the movie “Suicide Squad” a new kind of version of The Joker has appeared. This new Joker is portrayed by Jared Leto. I remember that in the original Batman series my favorite version of The Joker was portrayed by Cesar Romero. 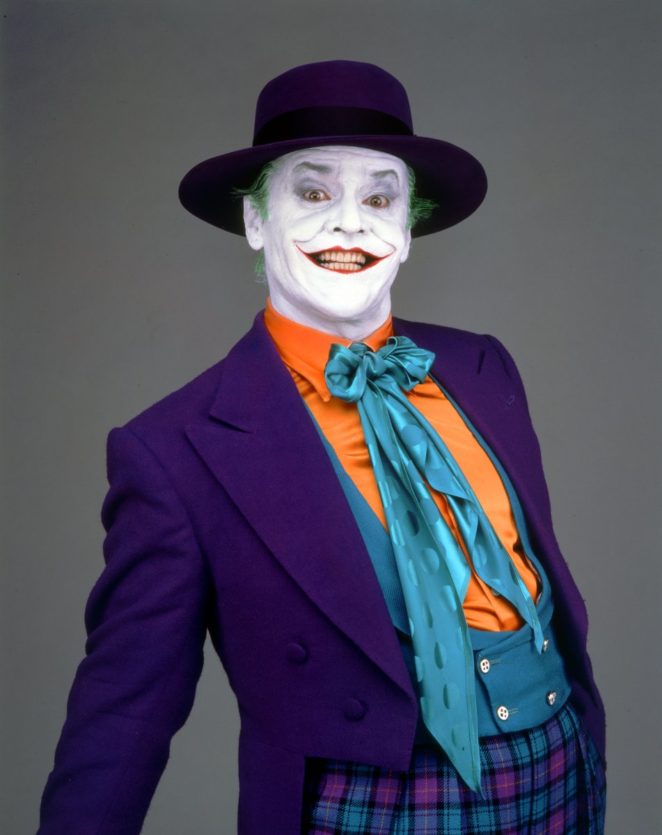 When Jack Nicholson unveiled his version it made me cringe and I won’t even say how horrified I was to see the next Joker portrayed by Heath Ledger. What a lot of people don’t know is that this notorious Jokster or laughing villain can be traced back to a silent film character from the late 1920s that was inspired by a Victor Hugo novel that was published in 1869. Victor Hugo wrote a book titled “The Man Who Laughs”. It was a sad tale about an orphan in the 17th century. The character was named Gwynplaine and had been horribly disfigured as a child. As a result of which he was made fun of because he looked like he was constantly laughing. Thoughts of The Joker should come to mind here. Gwynplaine was raised by a drifter and has a pet wolf. He comes to use his permanent smile as a grand punchline to a traveling stage show.

In a surprising turn of events, it is discovered that Gwynplaine was born in royalty and sold to a band of child-nappers, who then disfigure these children so that they can be used in sideshows. all being part of a despicable political scheme. When Gwynplaine finds out his true identity he takes part in his new role as a Marquis. However, due to his terrible disfigurement, no one takes him seriously. He then renounces his title and attempts to reconnect with his old drifter family. Once he has reconnected with them, the love of his life dies and Gwynplaine finally throws himself into the sea. This book never became one of Hugo’s classics but in 1928 it was made into a silent film.

“The Man Who Laughs” was directed by German Expressionist Paul Leni. It is set in the 17th century with dark and foreboding characters. The black and white film shows the pale, ghoulish looking skin of the actresses and actors and turns Hugo’s tragic tale of love and politics into something more like a horror film. The actor who stands out from the rest is Conrad Veidt, portraying Gwynplaine. The actor was able to make the deformity of the character appear more as if he were mad especially when the camera focused upon Veidt’s often exaggerated expression. Here is one of the more popular scenes in this silent film.

Since most people prefer happy ending in films then this film also changed the original ending of the novel. Gwynplaine and the love of his life survive and sail off into the sunset happily.

Comic book creators Bob Kane, Bill Finger and Jerry Robinson chose to spin off popular DC comics character Batman into his own magazine of stories in 1940. The stories about Batman started off with the Caped Crusader and a sinister new villain called The Joker. This was a white-skinned, green haired killer whose drawn appearance was quite horrifying. Apparently, this first Joker was given a similar appearance to actor Veidt’s Joker portrayal in the film “The Man Who Laughs”. Since those days The Joker has been portrayed in many different ways from a schizophrenic transexual to a scenery-chewing, murderous mastermind. However, the root of The Joker’s iconic evil dates back to Hugo’s grotesque, grinning character and to the silent film that made it come to life.

Now with the new movie, we see that The Joker lives on as you can see by the “Suicide Squad” trailer.