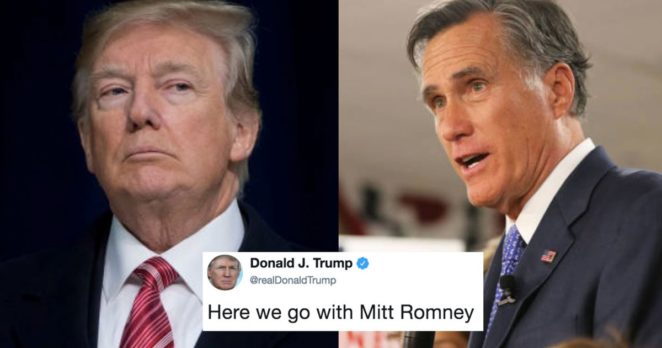 Ex Presidential candidate and Senator Mitt Romney has severely criticized President Donald Trump and said that Trump have become a cause of frustration worldwide. In one of his articles in the Washington Post, Mitt Romney has said that the Trump have not been able to prove the highest position for the presidency.

ICYMI: Democrat’s actually do the things that they accuse Republicans of doing and now there’s PROOF. #ElectionMeddling #Projection
https://t.co/ktslcOxEOS

The truth is @MittRomney lacked the ability to save this nation. @realDonaldTrump has saved it. Jealously is a drink best served warm and Romney just proved it. So sad, I wish everyone had the courage @realDonaldTrump had. https://t.co/mbxoTqbSX6

.@flotus will continue to demonstrate her commitment to helping kids & advancing the causes she cares about. But there is nothing wrong with staying true to herself along the way. In fact, her strength, individuality & integrity should be celebrated. https://t.co/PiLDcMxfv7