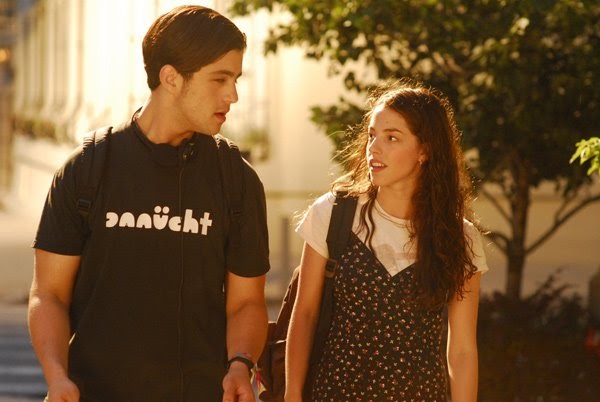 So ‘The Wackness, another one of those low budget ‘indies’ from America where depression and angst rule. I don’t know why Hollywood thinks we need so many of them but they keep coming. It did $3 million bucks to date so one of the more lucrative ones.

The wackness refers to the opposite of ‘dopeness’, in Brooklyn street slang, the bad ying to the good yang. The screenplay for this was featured in the 2007 Blacklist; a list of the “most liked” unmade scripts of the year, and so dropped kicked to the front of the melancholy queue.

It stars Ben Kingsley, a lot more laid back in his later years after being notoriously pompous at his peak, insisting people call him Sir Ben Kingsley on set. Today he takes movies across the spectrum, romantic comedies to London crime thrillers, quirky Indies to serious period dramas. Who will ever forget his Don Logan character in Sexy Beast! He is tremendous actor.

Final year high school student Luke Shapiro (Josh Peck) is trading marijuana in exchange for therapy from his eccentric psychiatrist, Dr. Jeffery Squires (Ben Kingsley). Luke graduates from high school but while dealing dope at a party, he finds out that his best friend Justin (Aaron Yoo) and his other mates have gone away for the summer.

With his parents struggling to pay the rent on their house, and arguing a lot, it’s a good time to expand the marijuana operation to get some cash together to help. Stealthy selling pot from an ice cream vendors truck he runs into the gorgeous Stephanie (Olivia Thirlby), who just so happens to be Dr. Squires’ stepdaughter. The two click and he invites her to join him on ‘a ride along’ to experience the oddball world or marijuana selling. She enjoys it so much she gives him his number so they can hang out all summer.

Luke phones Steph but ends up talking to Dr. Squires and they end up going out to a bar. They have become familiar through their bong smoking sessions so why not a bit of male bonding with the old hippy. But they soon get in trouble with the cops and Steph has to bail them out from jail. 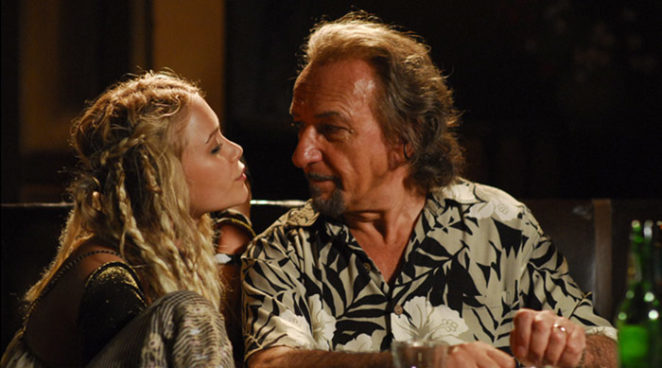 Luke is keen on Steph and they kiss in Central Park. He is probably a virgin and maybe reading too much into the relationship here as Stephanie has lived a bit and just enjoying the summer. So how to move it on to something more without a fragile guy getting his heart busted? The Doc cod psychology is not helping; still unaware the girl he likes is his stepdaughter.

Dr. Squires: Life has a funny way of turning you into the one thing you don’t want to be.

Grandpa Shapiro: Psychology! It’s not quite the shoe business, but it’s a very interesting field.

Luke Shapiro: I figure I’m an expert because everyone around me is so effing crazy, you know?

So what we have here is an amiable but essentially empty film made enjoyable by a decent soundtrack, funny dialogue and Ben Kingsley’s mad doctor. Apart from that it just another snapshot of the America that doesn’t exist. Let me tell you there are very few bong blowing shrinks out there. I was not convinced by Josh Peck as the virginal 17-year-old high school senior either and a shifty looking sly twenty something that would have boned a 100 chicks by his 16th birthday. Mary – Kate Olsen of the Olsen twin’s fame also shows up here playing a stoner chick and probably what she is doing today.

Stoner comedies are essentially dumb as they try to connect with drugs being cool and the central premise here of the kid becoming a man through his sessions with the doc and the doc regressing to a child by the end of the film is rather testing. The best bit here is the beautiful Olivia Thirlby as Stephanie.

On the whole it has its funny moments and well acted but it reminds me of every other indie film I have seen from America where teacher smokes pot and wants to be young again. The kid is ‘movie depressed’ and not very convincing at that as he mopes around the screen to bring us down some more. Again, the actor is miscast here. But you get some bang for your buck and no doubt 99p to rent on Goggle movies so worth the effort. Pretty unmemorable stuff though but over in 90 minutes so no drag there, at least.

Empire Magazine –‘An unlikely buddy comedy that comes to life whenever Kingsley appears – he doesn’t so much steal the show as roll it into a fat blunt and smoke it’.

The Independent –‘The film’s forlorn charm is a little reminiscent of Cameron Crowe’s adolescent memoir Almost Famous. It’s a tiny bit soppy, too, but you can forgive that in a teenager’.

East Bay Express –‘An exercise in style and wit, two commodities that never go out of fashion’.

Cine Times –‘With a game cast and cool songs from the era… heartfelt moments battling clumsy ones, The Wackness isn’t quite dope but, like a good mixtape it is full of highlights’.