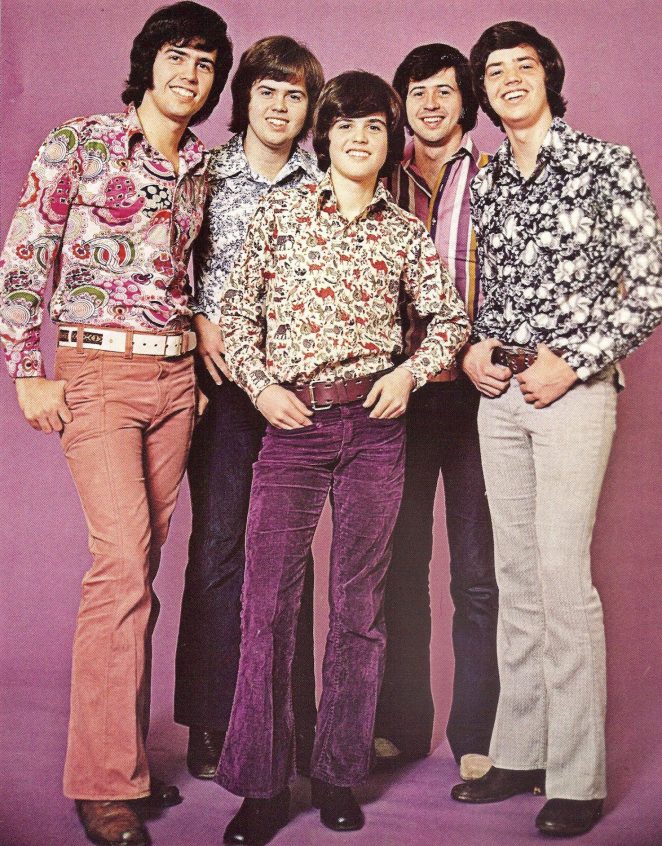 The Osmonds are an American family music group that became popular with rock music and became teen idols. Before they hit the rock music scene they started out as a barbershop quartet that consisted of four brothers Alan, Wayne, Merrill, and Jay Osmond. Later on, they were joined by their younger brothers Donny and Jimmy Osmond. Together throughout their career, they sold 102 million records all over the world.

The Osmonds had their very first big hit in 1971 “One Bad Apple”. Soon other hits followed such as “Double Lovin’” and “Yo-Yo”. There were all in R&B style. Afterwards, they became more and more popular and Donny Osmond began singing lead vocal. All of their songs hit the charts – “Sweet and Innocent”, “Go Away Little Girl”, “Hey Girl” and “Puppy Love”. They were at the top of their career in 1971 and 1972.

Soon the Osmonds started writing their own music and came out with rock and roll hits such as “Down by the Lazy River”, “Hold Her Tight”, and “Crazy Horses”. They had a large fan following and everyone liked their clean-cut image and energetic rock style. They toured all over the U.S. and to Europe. In 1973-74 there was a Saturday morning cartoon of them. By this time the Osmonds had also gained fans in the U.K. This phenomenon was given a name – “Osmondmania”. However soon the older Osmond brothers were looking to settle down and the group’s final hits were ‘Let Me In” and “Goin’ Home”. Donny Osmond took off for a solo career. In 2003 they were honored by a star on the Hollywood Walk of Fame.