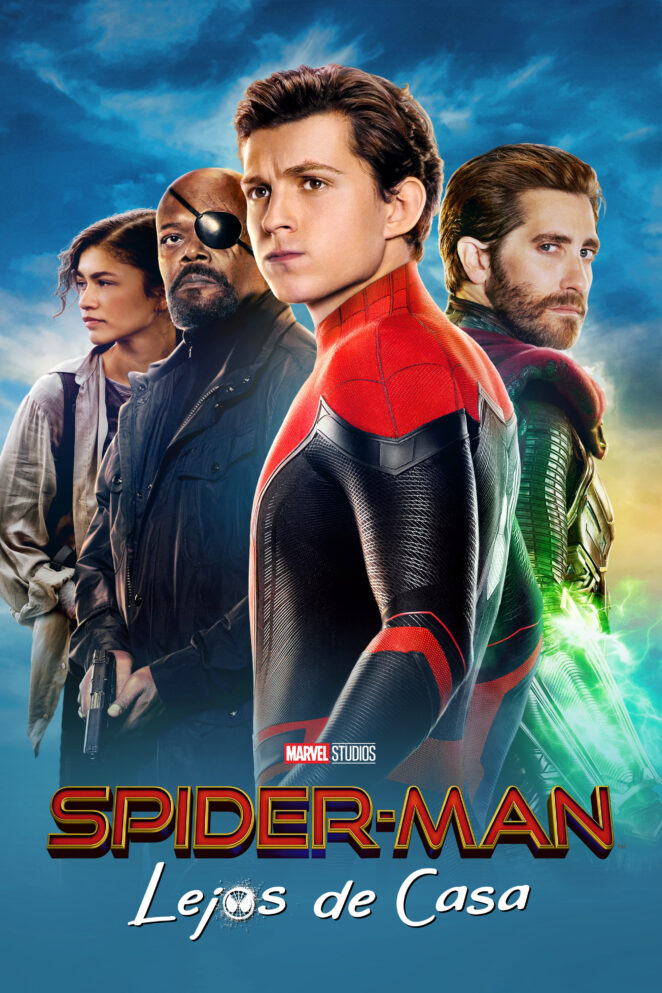 So, ‘Spiderman: Far From Home’, the 23rd film in the Marvel Universe and the first Spiderman film to gross one billion dollars worldwide.

The original TV series (1977) starring Nicholas Hammond showed the limitations of superheroes on the big screen and on TV as far as special effects go and it was all rather camp and bad. Batman tried it in the 1980s but it just didn’t work. But CGI allowed Spiderman to swing through the skyscrapers and Tobey Maguire swung Spidey on to the big screens in spectacular style with Sam Raimi’s cracking trilogy. But Maguire and Raimi fell out with the studio and so Andrew Garfield given the suit, only for him to fall by the wayside and fellow English actor Tom Holland getting the gig, this one his second in a trilogy. However much they messed around with directors and actors the films gross stayed pretty consistent as the seven films so far grossed $5.8 billion dollars all in.

We pick up the Marvel Universe just after The Avengers corrected ‘The Blip’, where most of the world’s population

was erased and then returned soon after but five years older than they were when they left.

Peter Parker (Tom Holland) is still at high school and still has a big crush on MJ (Zendeya) as the guys prepare for a school trip to Europe.

With most of The Avengers on furlough and Tony Stark dead, Spiderman is required by S.H.I.E.L.D and Nick Fury (Samuel L Jackson) to help with the latest alien thing to attack Earth, a tornado with a face reaping havoc in Asia and now two other entities attacking the two cities Parker and his schoolmates just so happen to be visiting, forcing the kid into action.

Helping with the fight is new face on the superhero scene, ‘Mysterio’ (Jake Gyllenhaal), an Earthling from another generation in the future, who goes back in time to help the various multidimensional Earths fight The Elements, the monsters of Fire, Wind, Water and Ice. With three down and one to go Spiderman agrees to help defeat the Fire element in Paris, earning Mysterio’s respect. But that’s only half-way through the movie ….

The Avengers flame has flickered out and now Spiderman seems tired. 23 Marvel Universe films is beginning to feel like it. Spiderman was always the youngest of superheros and they got that bit right but too much high school boy stuff dating stuff here and box ticking to target foreign markets and not enough action.

The twist is pretty obvious but not the big reveal for the films third act. Obviously I’m not going to hint at the twist but it’s very contemporary and drags the film over two hours.

Tom Holland is perfectly fine but will jump ship like the rest now to avoid being typecast, and whatever happened to Toby Maguire? Jake Gyllenhaal enters the Marvel Universe and like actors like Benedict Cumberbatch, realize a big check for easy green-screen work like this sets you up to do projects you really want to do between comic book action hero shoots.

I enjoyed it but not as much as the previous Spiderman movies, all six of them. It just lacked something and needed more action and the fact no other Marvel superhero’s cameoing here meant it lost that wow factor for me. Maybe The Avengers films were just too big and brash and nothing can live up to that now? Kids will love it though and the merchandise will keep selling so it’s done its job.