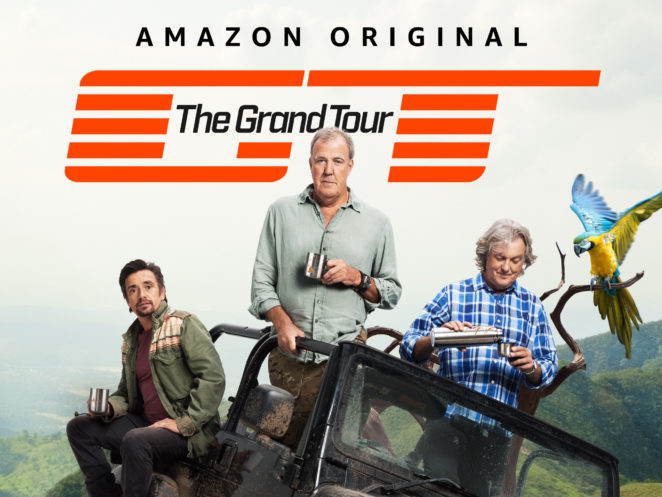 Three old men and their baby

In 2015 Jeremy Clarkson was fired from Top Gear for punching an assistant on the show, one of the worlds most syndicated and popular TV shows put on hold. Clarkson had become increasingly edgy and offensive on the show to various minority groups and the BBC had just about enough of him by 2015.

The show was re- released two years later with new presenters to tick those boxes from some of those offended groups as a black, mixed race and an America actor were cast in the show, Matt Le Blanc ending up Matt La Plank hosting it, the chemistry between the three dreadful and so Le Blanc leaving. The BBC then went more working-class with two well known northern guys to front it and still going today targeting a younger audience. Clarkson, however, took his presenter mates, and his toys, somewhere else and off to Netflix and launched The Grand Tour, Top Gear in all but name. The trio was the show and Amazon had the budget to make it bigger and better on their new streaming TV service.

Early reviews were not great and Amazon didn’t have much of the TV market then and with no adverts allowed their TV debts are huge for the network as they are dependent on yearly subscriber rises. But Clarkson knew this was the future of television and has just signed up for season four of The Grand Tour, his decision proving correct.

As the Show is only an Amazon Prime TV it could go out in super hi-resolution 4k picture format on most TVs, not that flattering for older presenters and celebrities though, every wrinkle exposed but the cars and scenery looking fantastic. But mainstream media and the awards shows are still struggling with streaming TV services and the show received no awards after season one. Unknown racers Abbie Eaton and Mike Skinner were added to the show to replace ‘The Stig’ concept.

Its ten episodes a season and each season has a theme, season one in America, season two in Europe and season three on water, season four confirmed. The trio had $160 million at their disposal for the first three seasons and went for it, the first shows very much what Top Gear did and the middle finger to the BBC.

The show looks and feels just like Top Gear with a disproportionate amount of brightly covered supercars being thrashed and tested and the usual extreme challenges for various vehicles of new and old vintage for the trio of enjoyed presenters. It’s what the viewers of the old Top Gear loved and Clarkson has simply shipped it to Amazon. People are more like Jeremy Clarkson than they want to admit and when television tries to dictate peoples viewing habits and what’s good for them they lose audiences and their respect.

Big name celebrities appear on the show, some for younger fans, Anthony Joshua, and some for older fans, Nick Mason from Pink Floyd. They do the lap challenge in a reasonably priced sports car and have a general studio chat about things motoring. Big extravagant panoramas and the boy’s knockabout and contrived pub banter does the rest.

For a new product it feels safe and samey. The boys are not taking as many risks to upset their new paymasters and those minorities, no lesbian jokes, no lorry driver serial killer comments or pops at celebrities. Therefore it loses its kick and not a must see show anymore. Not that it ever was a must see show and more in that comfort viewing zone.

The trio of presenters look HD old and Hammond no longer the housewives favorite small person, his dyed hair and the constant looking up to his much taller co-presenters makes him look surplass, a trio of old men hanging on to their baby.

I watched season one and enjoyed it to the point but not a show I have to see these days. I laughed here and there but most of the time felt I had seen this stuff before. I will watch season two and see about season three.