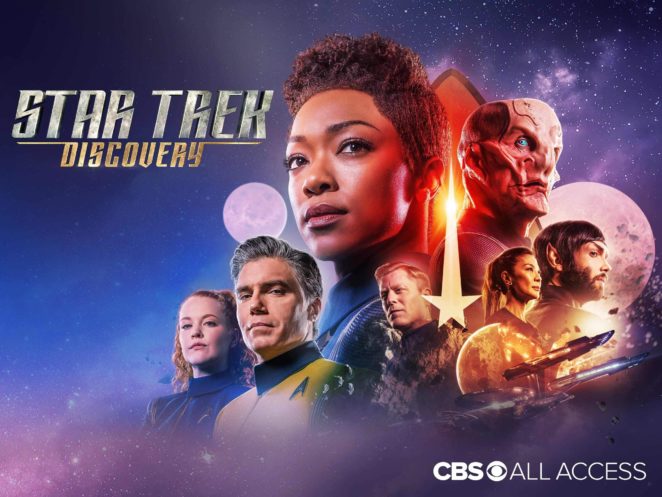 So where  is Star Trek Discovery going?

To avoid further  deviations from ‘canon’  the ‘what’s left’  of the Discovery Crew will arrive one thousand years (or so) in the future.

In the 1960s, when the Original Star Trek (TOS) was first aired there were a lot of futuristic gadgets.

By the 1990s some of these gadgets were in everyday use.   The flip top Cell phone, for example.

The innovations that will be introduced in Discovery will need to be incredibly imaginative  The plots will have to be interesting and complex,  for what STD will be doing is, in some ways, answering issues which were left unsolved when Star Trek Voyager concluded.

Those who were die hard supporters of STD, this off the Grid version of Star Trek ,will make up the Base of viewers.   Those who were annoyed by the breaches of canon,  will give a look see, but, unless  STD is that good, will cease to watch.

Simply put,  Trekkers watched STD expecting to get what they ‘ordered’, that is a new iteration of Trek. What  they   got  was not and so, they and were disappointed.