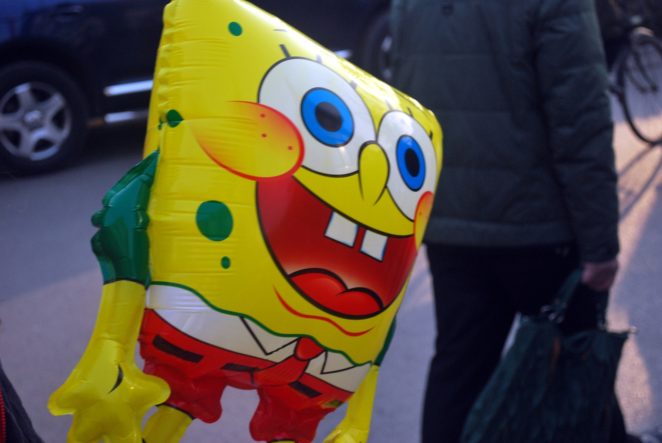 Who lives in a pineapple under the sea? Most of us know the answer to that question, it’s of course Spongebob Squarepants. The Nickelodeon series which started back in 1999 seems to be aimed at children more so than adults. But guess what the show resonated to adults as well making it perhaps one of the most iconic original animated series in Nickelodeon history. So, what wasn’t about Spongebob that became so popular with kids and adults alike?

At a closer look perhaps that answer can be found. Yes, Spongebob is a cartoon with a simple type of animation that kids are drawn to. There are simple-minded characters that have silly antics such as Patrick and maybe even Spongebob at times. But, there is also that type of humor that may go over kids heads but certainly isn’t lost on adults. This is stuff such as the greed of Mr. Krabs or the cynical attitude of Squidward just to name a few characters in this popular series.  This humor draws in adults and keeps them entertained.

Another thing about Spongebob that may make it popular for all ages, its simple entertainment. Sometimes we just need to unwind and forget the troubles of the day.  This cartoon is a program that entertains and seldom annoys. Something we need at times in life simple fun entertainment. That is perhaps the main draw and secret behind the popularity of the most famous undersea Sponge.