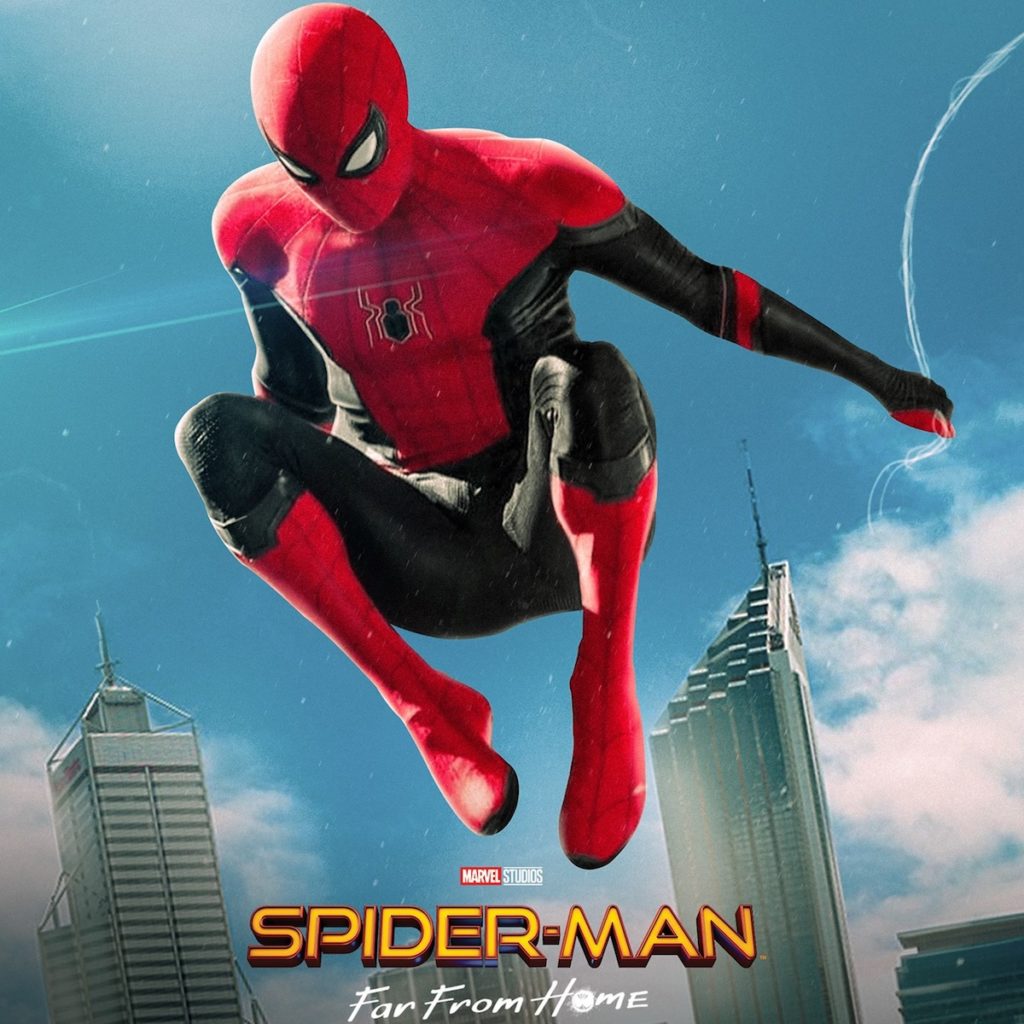 After the devastation and the deaths of our favorite characters in Avengers Endgame, Spiderman is this movie is a perfect relief doze for MCU fans. Spiderman far for home is the last movie of MCU phase 3 and the first movie after Avenger Endgame.

Written by Chris McKenna, Sten Lee, Steve Ditko, and Erik Summers, the film is scheduled to release on 2nd July 2019. Jon Watts has directed the movie, whereas Tom Holland is in the lead role of Spiderman with Samual L. Jackson (Nick Fury), Jake Gyllenhaal (Mysterio), Marisa Tormai(May Parker), Jon Favreau(Happy Hogan), and others.

Spiderman far from home have two post credit scenes and have the information regarding phase 4. In Avengers Endgame, he got very short screentime, but he made the audience emotional when he met his mentor Tony Stark. In far from home, his love for tony is getting reflected again and again.

The Plot of the Movie:

The story of the Spiderman starts just after the Avengers Endgame when Thanos got defeated, and half of the Universe is resurrected (thanks to our beloved superheroes) by the snap done by Hulk. In the starting, we see that after the death of Tony Stark, Happy Hogan took the responsibility of both Stark Industries and Peter. He is the only link between Peter and Stark Industries or other Avengers.  You can book your movie tickets online using Bookmyshow Coupons with great offers.

Peter is sad after the death of his mentor and a true friend, and so the world is missing their Iron Man. He can found him anywhere he goes and gets emotional by seeing the love for him in people’s eyes. Happy tells him that Tony left the world because he had faith in you, he believed that you could make this world a better and take care of it, but he is just a 14-year-old kid and too young to be responsible.

Peter went for the vacations in Italy with his friends; he had a crush on MJ (Zendaya) but was not able to tell her. He just wanted to be the Peter {arker while he’s on vacation, but Nick Fry asks for help to fight against the evil. He asks him to call Thor or Hulk or Captain Marvel for help, but Fury said that he doesn’t have any idea about Thor and Captain Marvel is busy to settle the kiosk in the Universe after the resurrection.

From the trailer, we can see that Spiderman saw Mysterio who came from another dimension opened due to the excessive use of Infinity stones. He told him about the villain Elementals, who invaded in his Universe and will destroy the earth.

Spiderman far from home is the last movie of phase 3 in MCU, and the storyline is just after the event happened in Avengers Endgame. Also, it is essential because the film will give information about phase 4 and introduction to the multiverse. The film will show the situation awoke after the kiosk, how the world can get back on track and who can take the place Iron Man after his death by saving the Universe.

For the iron man fans, the film is going to be emotional because of the scenes and dialogues added to it. The trailer is edited from the first 20 minutes shots and some extra shots excluding the movie which makes highly unpredictable and surprising. In the comics, Mysterio is a villain and tries to kill Spiderman. If you are looking for Automation engineer jobs then it could be the best chance to try it.

As far as the trailer is concerned, Mysterio appears to be a good character, but we don’t know whether he is right or just acting like Kree from Captain Marvel. Mysterio is the side character in the movie, but the actor Jake Gyllenhaal seems to steal the spotlight completely through his acting and action scenes.

The first half of the film is slow and shows many college romance and comedy scenes, literally forcing you to memorize your college days or school fun and your crush. While the first half of the movie is slow, the second half goes insane and filled with impressive action scenes and VFX. If you’re looking for a serious superhero movie, then it may disappoint you, but overall it’s a good film with lite comedy and realistic VFX action scenes.

If we talk about the rating of this movie, Spiderman got 8.2/10 on IMDB, and from RottonTomatoes, it scored 92% on Tomatometer with 97% audience score. If you haven’t any Marvel movies yet, I suggest you watch at least Avengers Endgame and Spiderman Homecoming as the significant part of this film is based on the story from these movies. After the worldwide success of the Avengers Endgame, Spiderman has a great opportunity to impress his old and new fans and can do well on the box office.