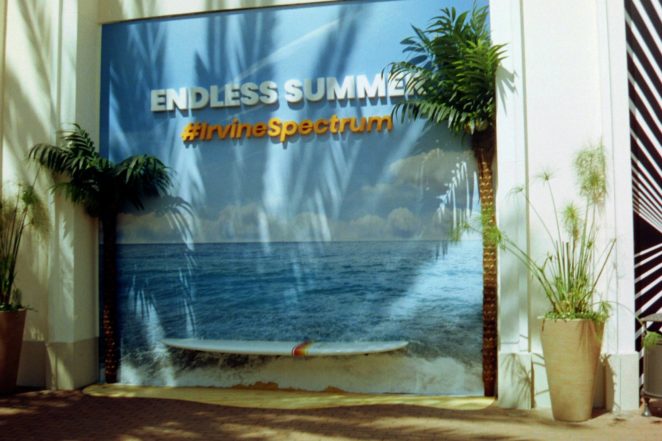 I was working on my script all morning. Then, at noon, I decided to stop for a snack and take a break. My phone rang, and I noticed it was a message from CVS stating that I have more developed photos to pick up. I thought the others didn’t make it or were burned, but I was surprised that the other photos were developed as well. So, I drove to CVS, which is on the same street that I live, and picked it up, before I dropped by Mother’s Market. These photos turned out similar to the first batch, which has a vintage look to the photos because of the yellowish tone as well as lots of green. I guess that is the effect of using old and expired film. 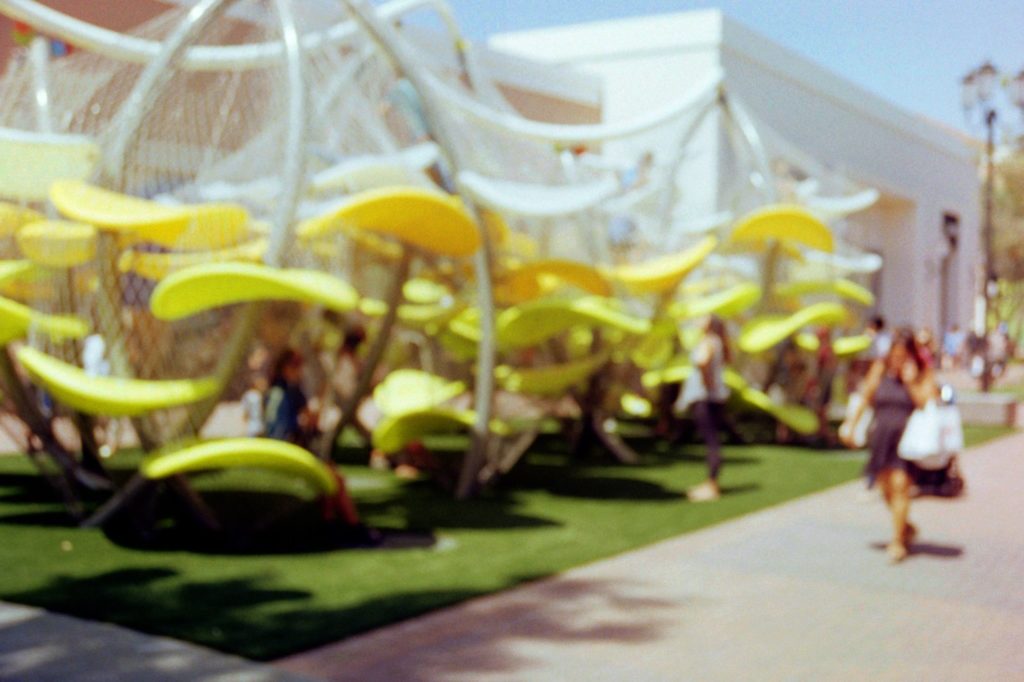 These photos are mostly of the remodeled area of Spectrum Center, mostly the area where Macy’s department store was torn down, and a whole new alley was created, which includes a new playground for the kids. 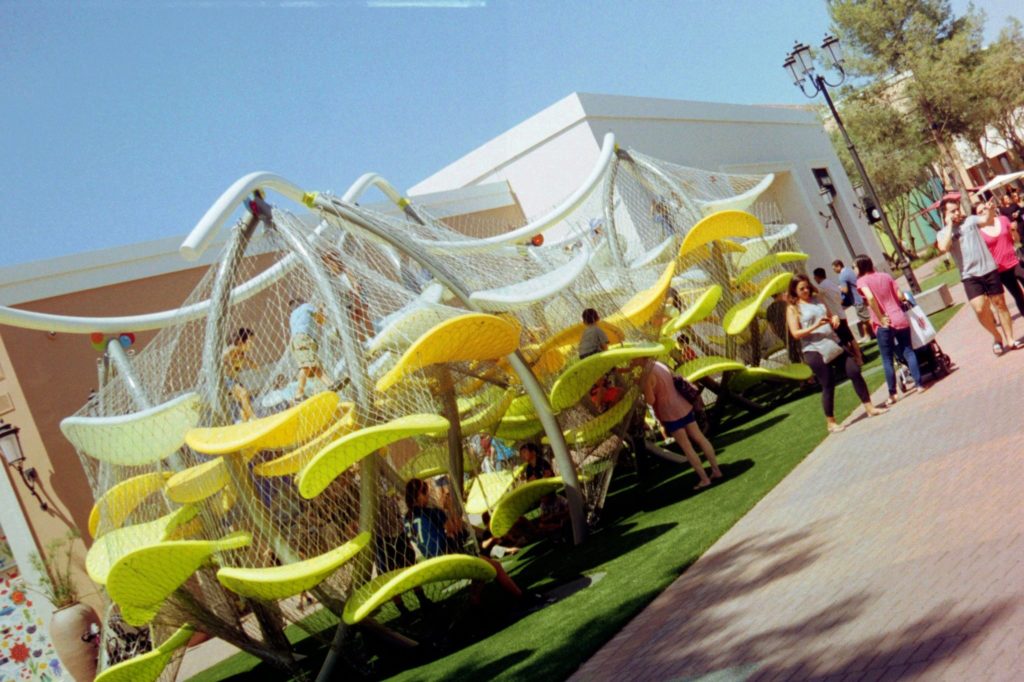 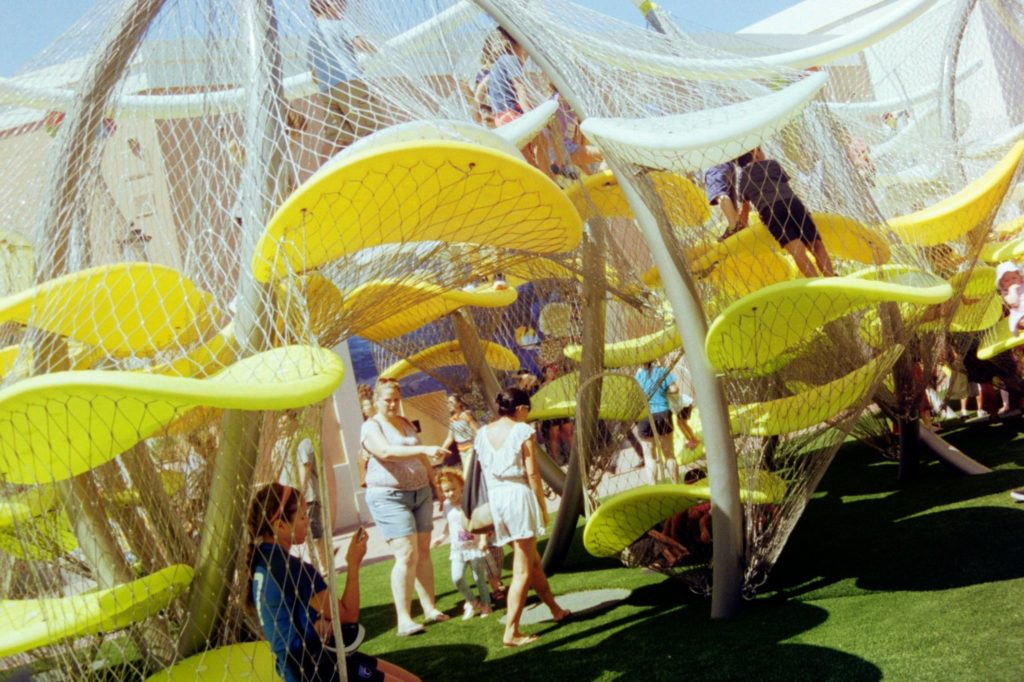 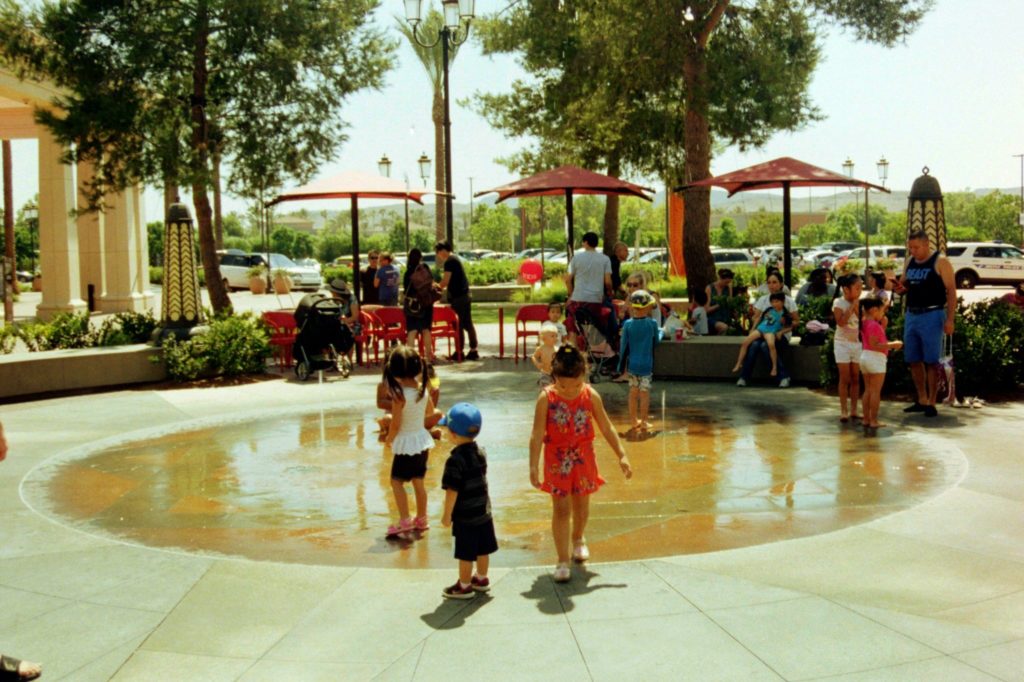 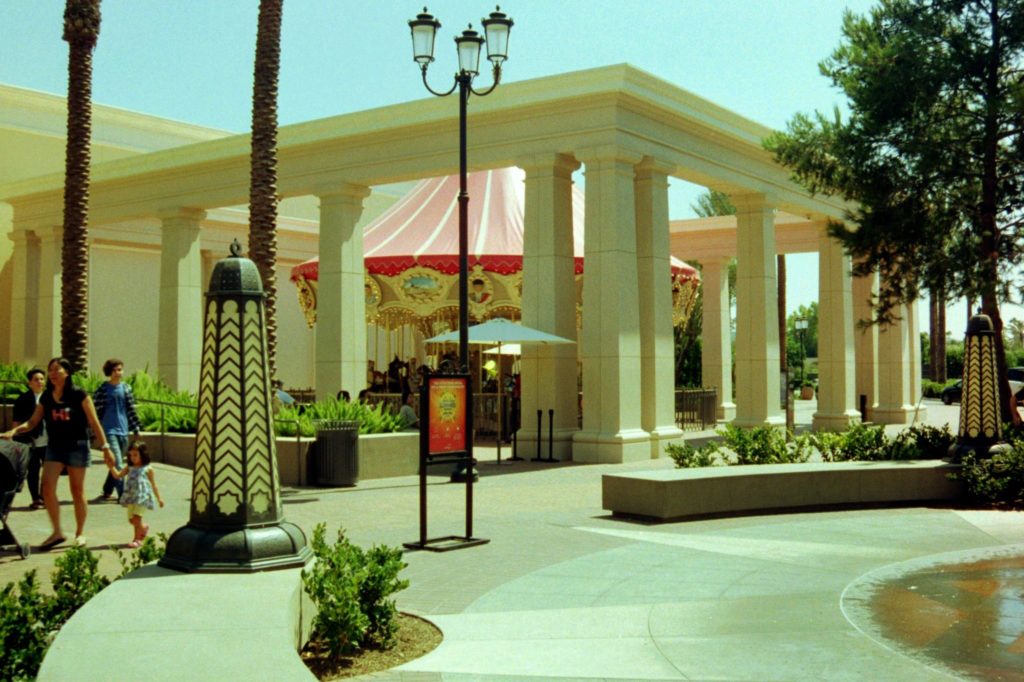 The carousel was moved from the center courtyard area to this remote corner, next to Target. 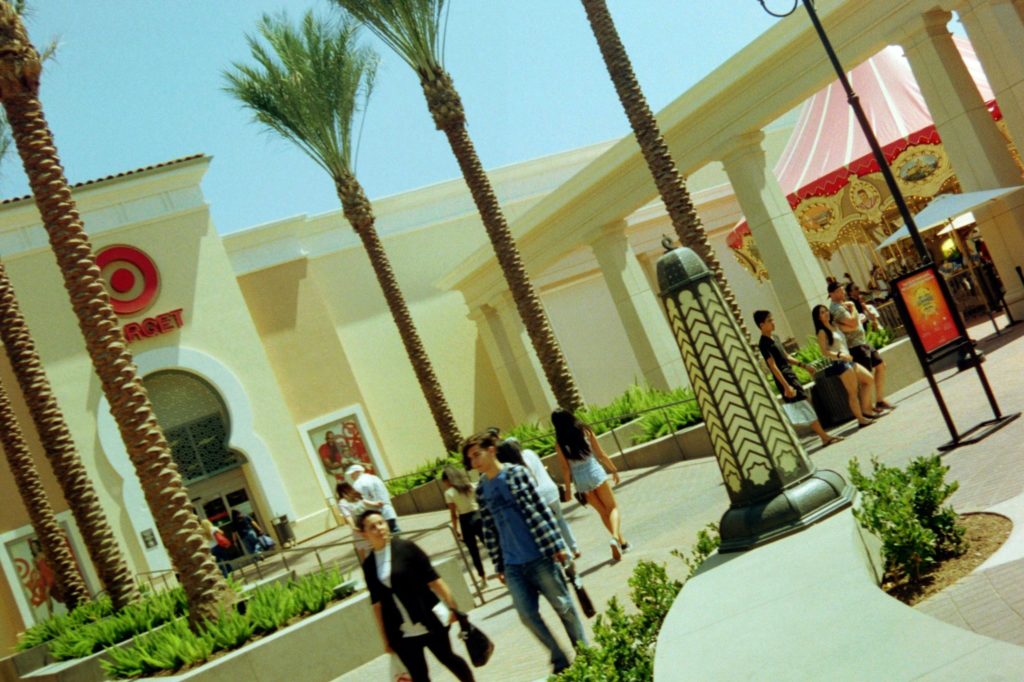 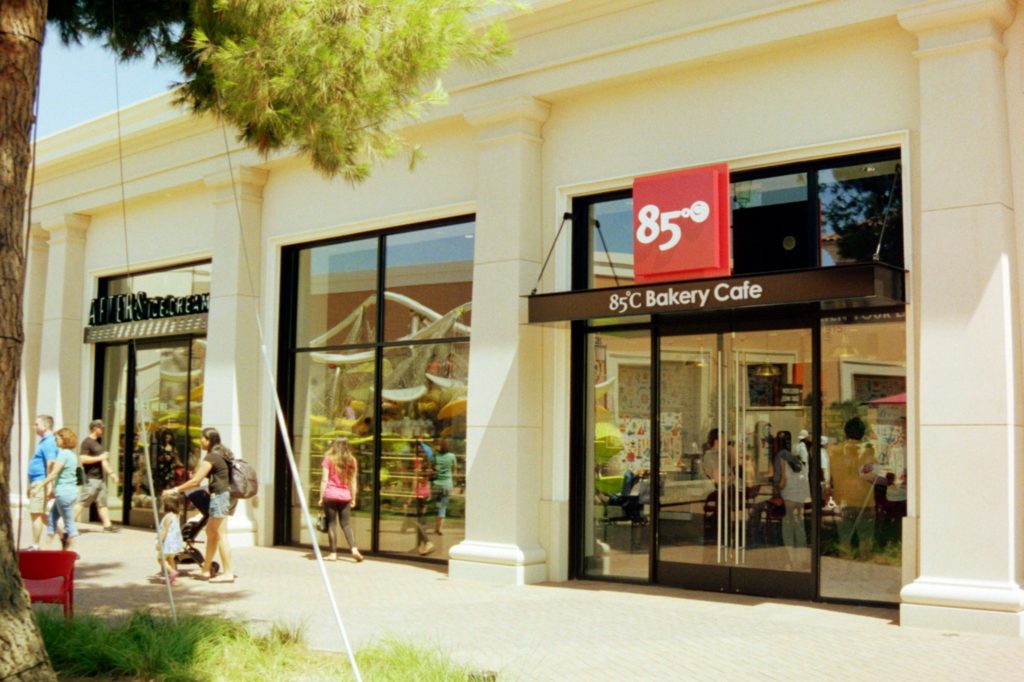 New cafes, ice cream parlors, and restaurants as well as stores were added. 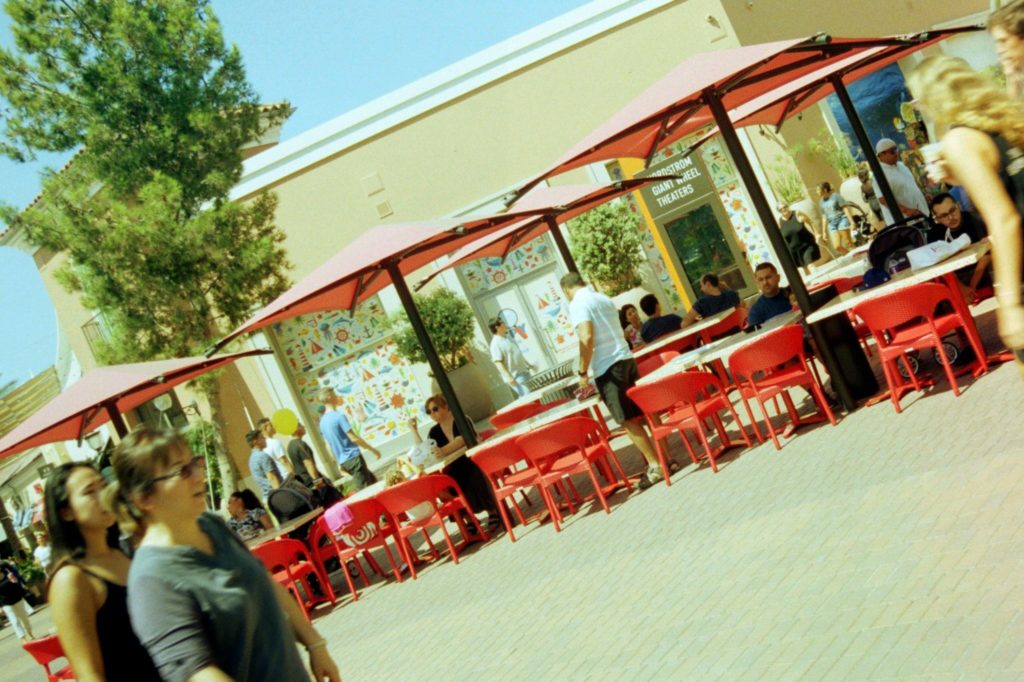 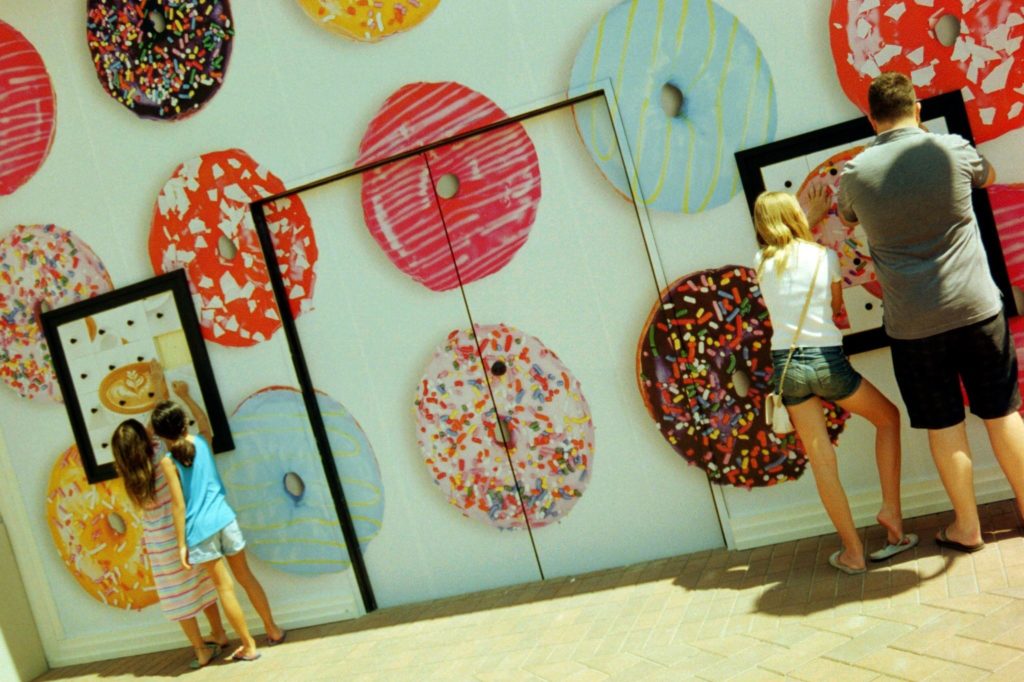 Games next to the playground area. I played these two games because I used to be a pro at these games. I used to finish such game very quickly. Now, I have slowed down. 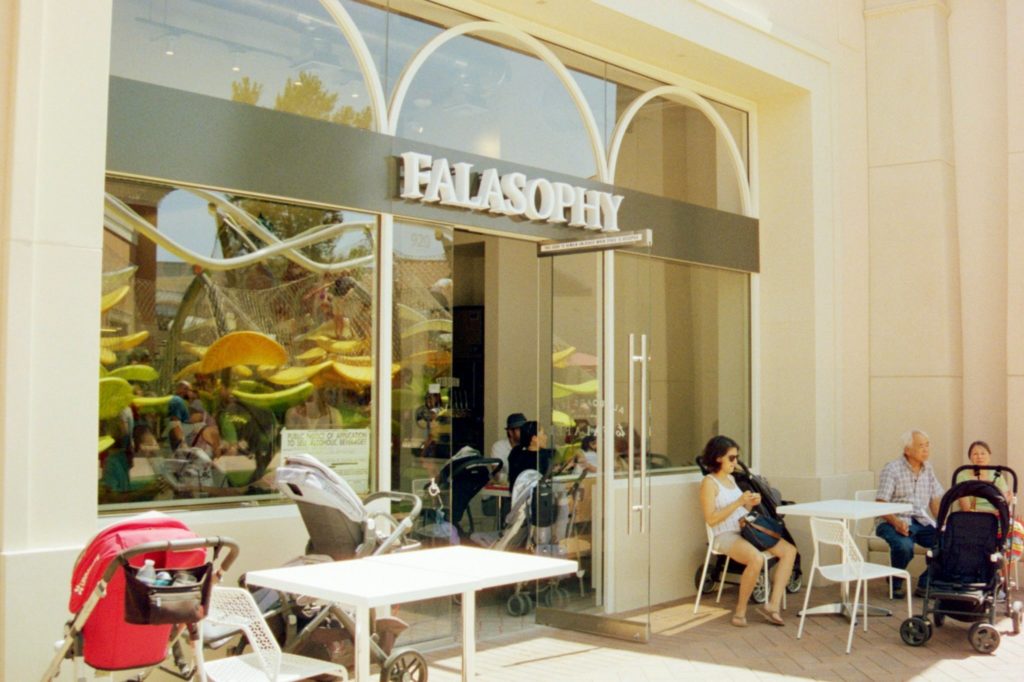 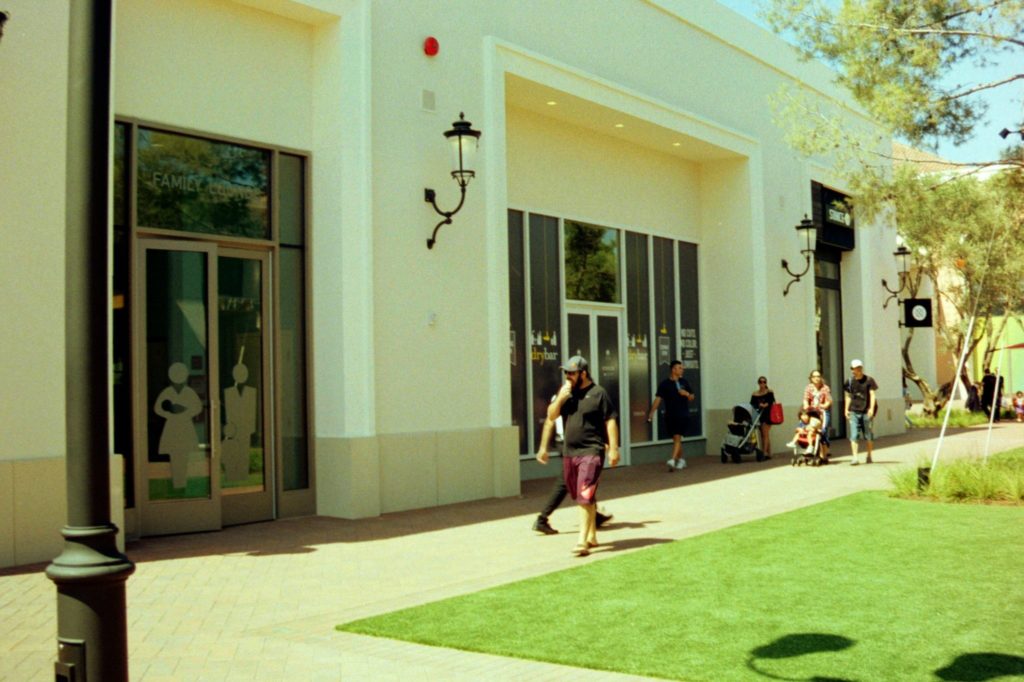 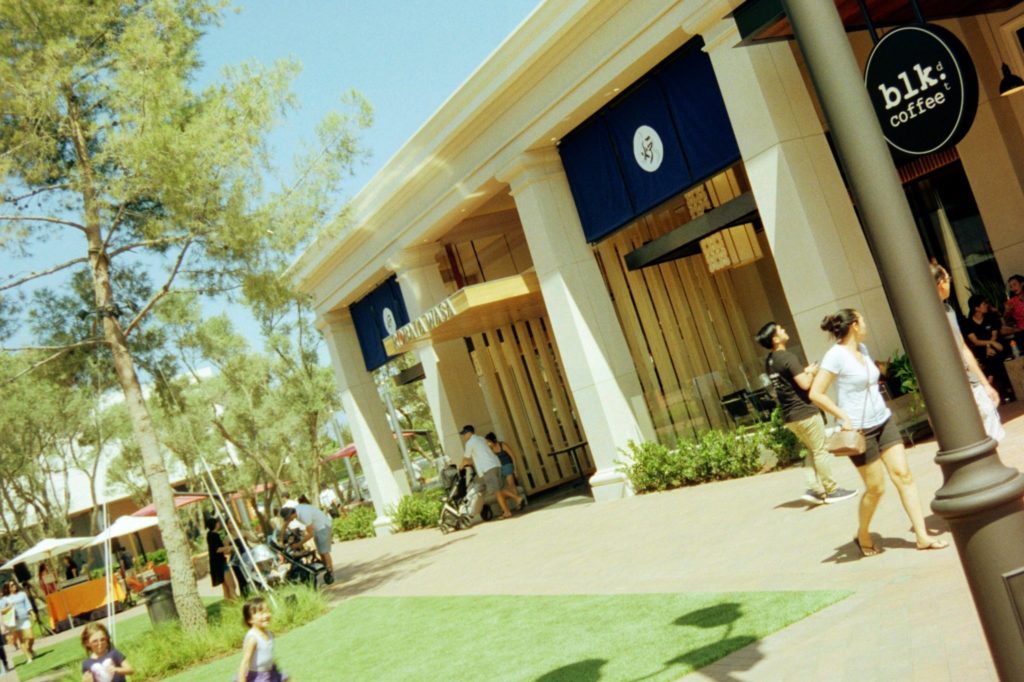 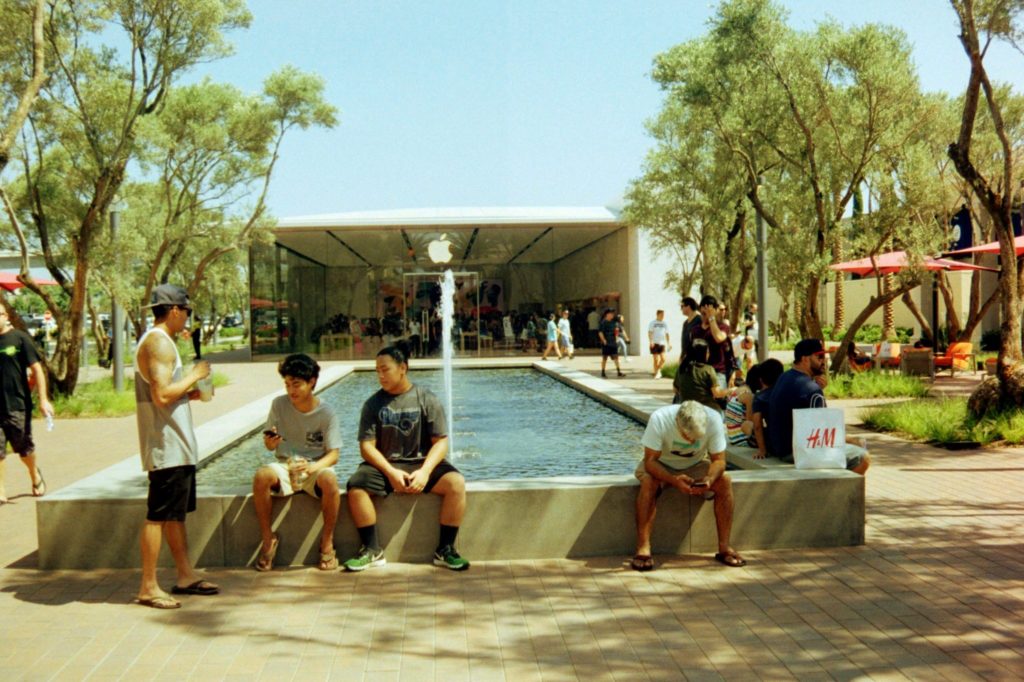 More water fountains to decorate the center alleys, as well as seats with colorful cushions. 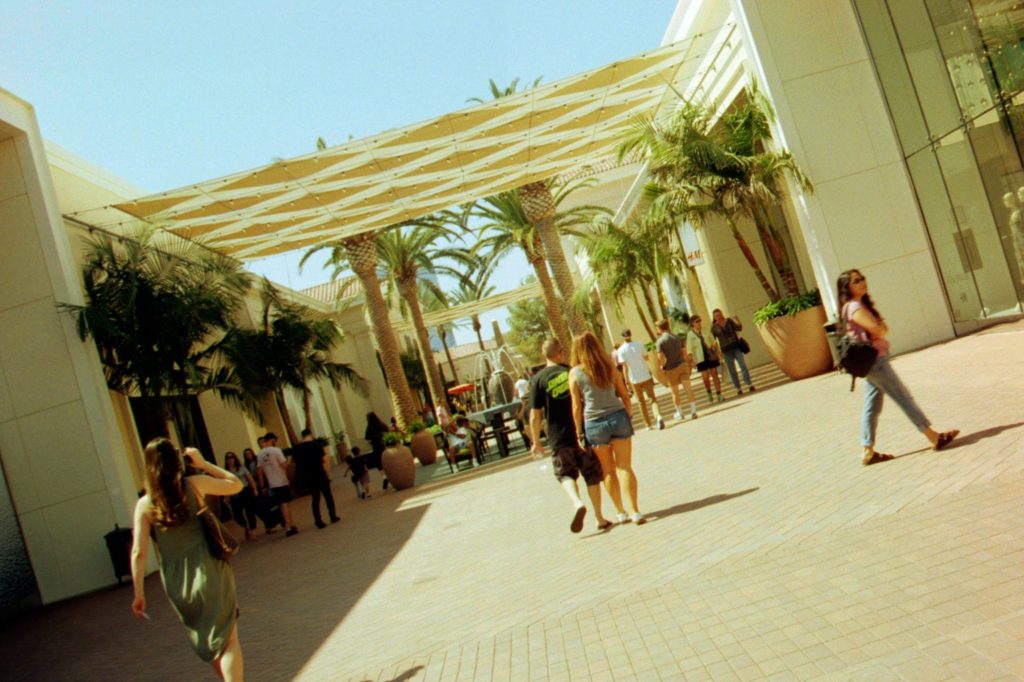 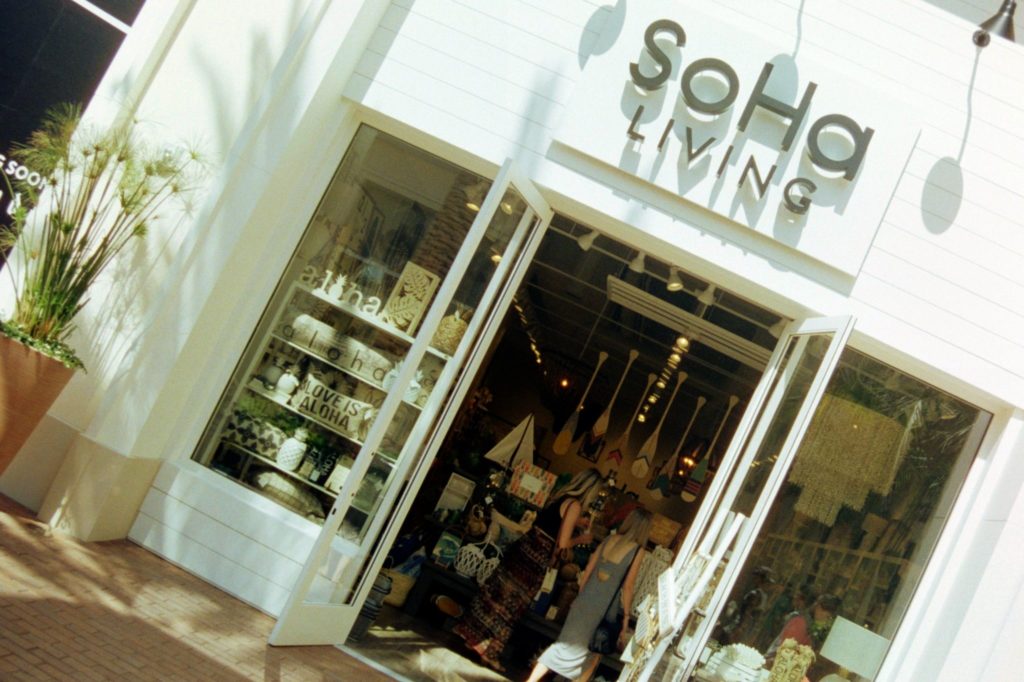 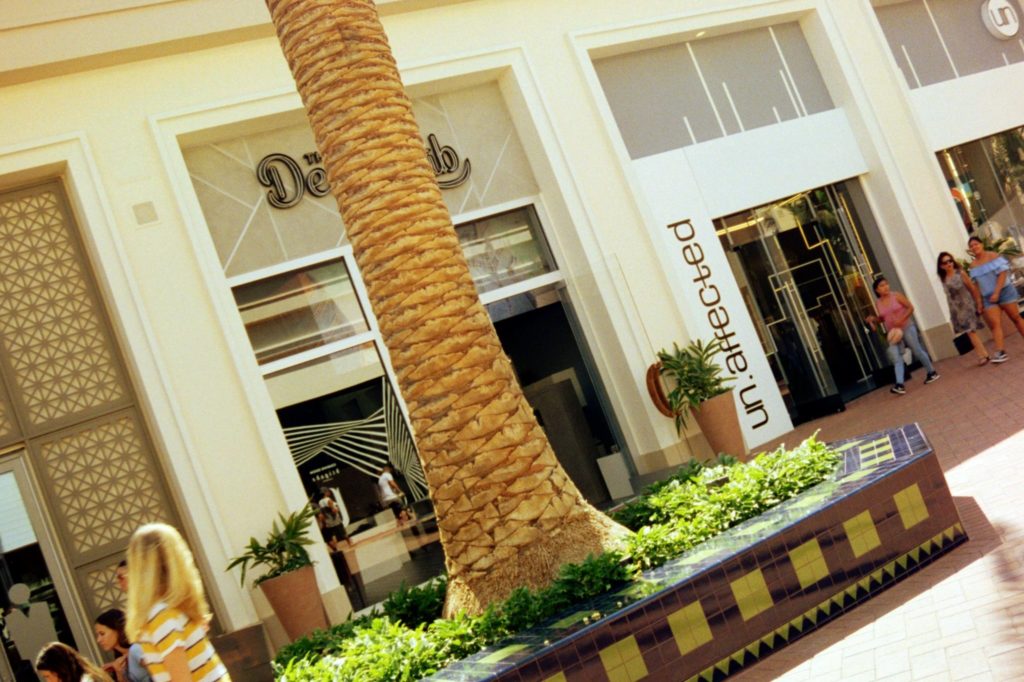 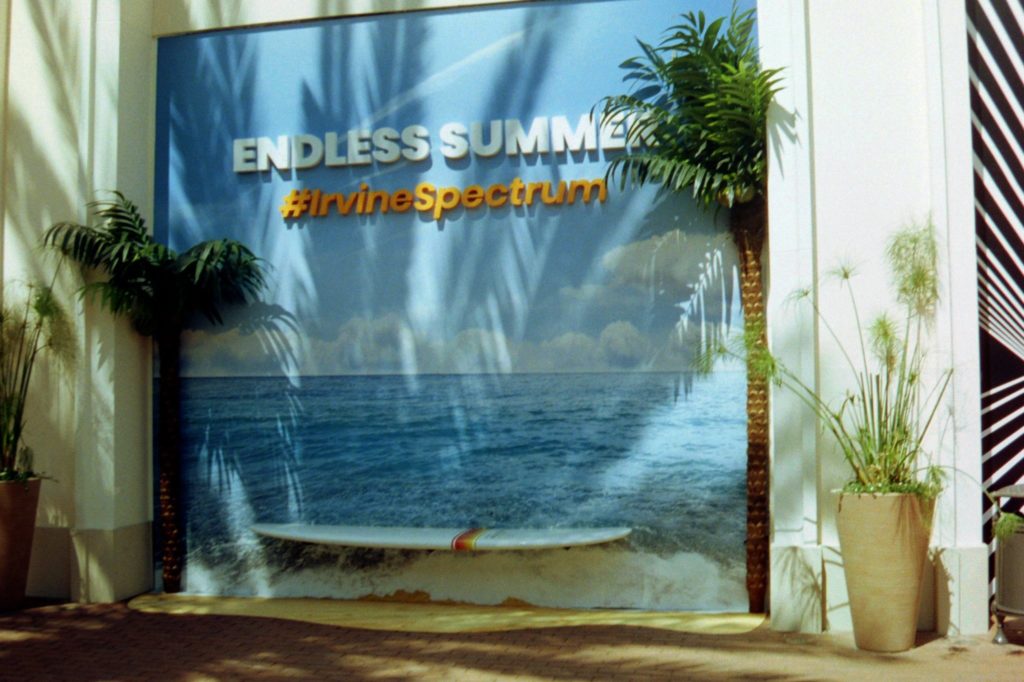 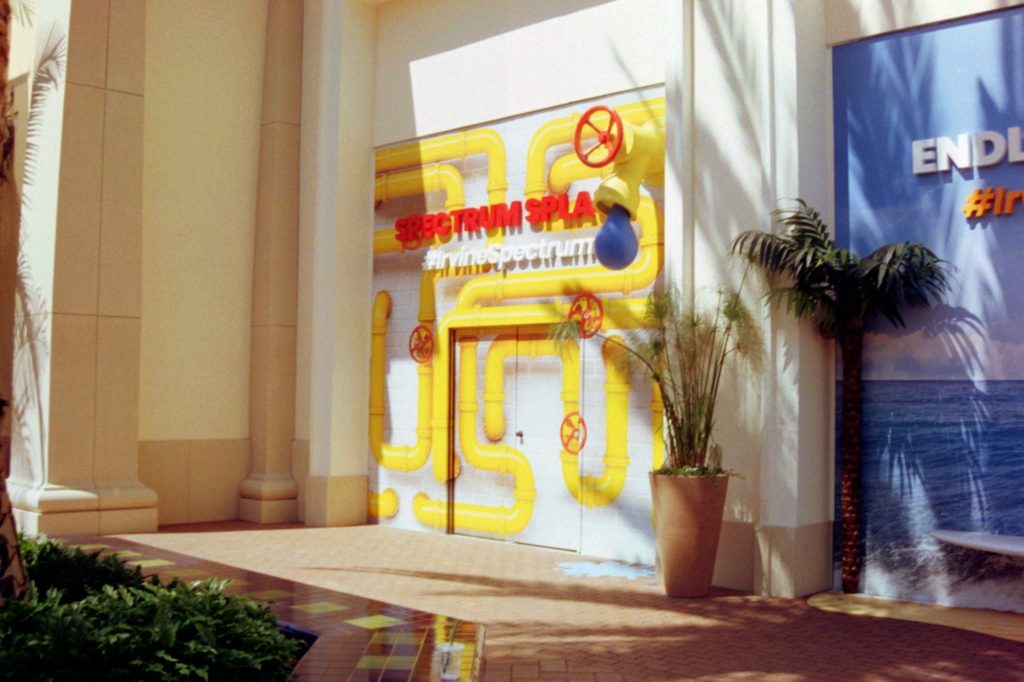 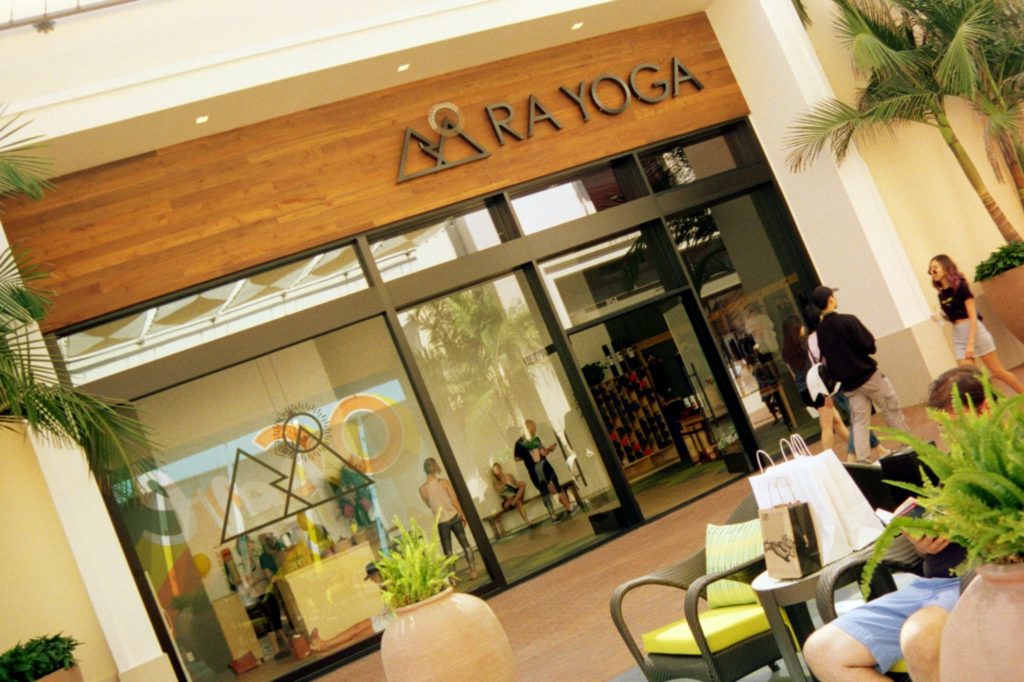 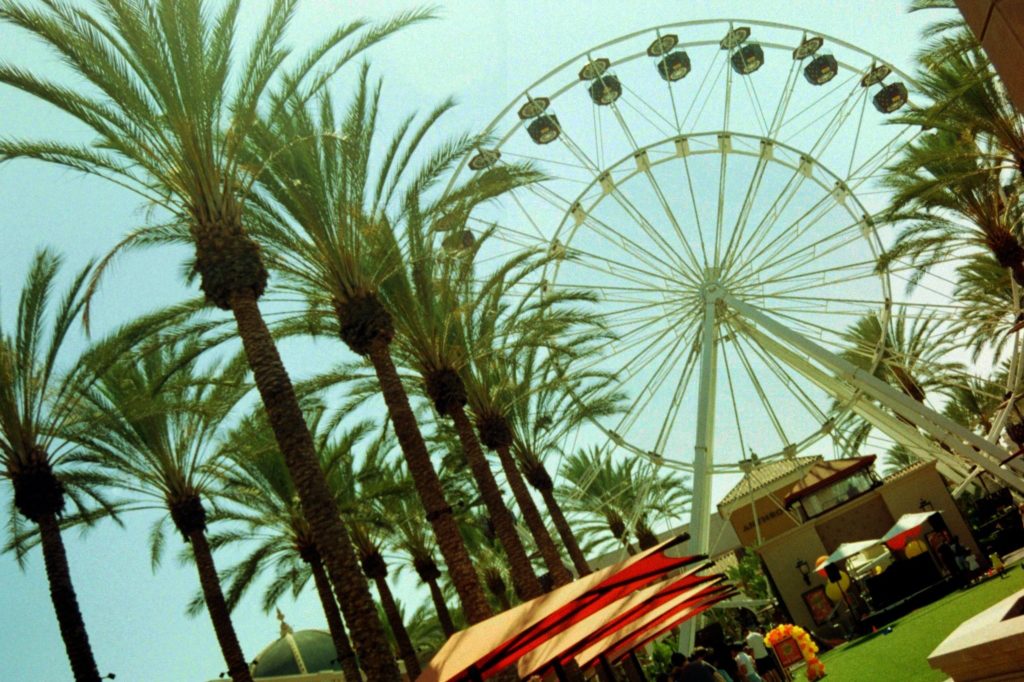 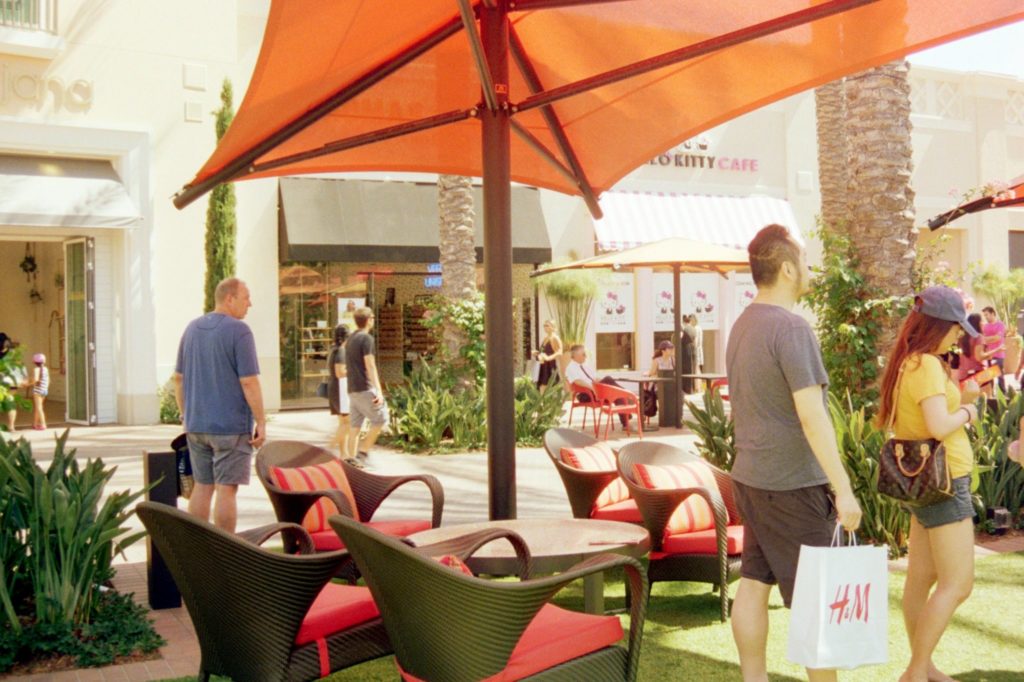 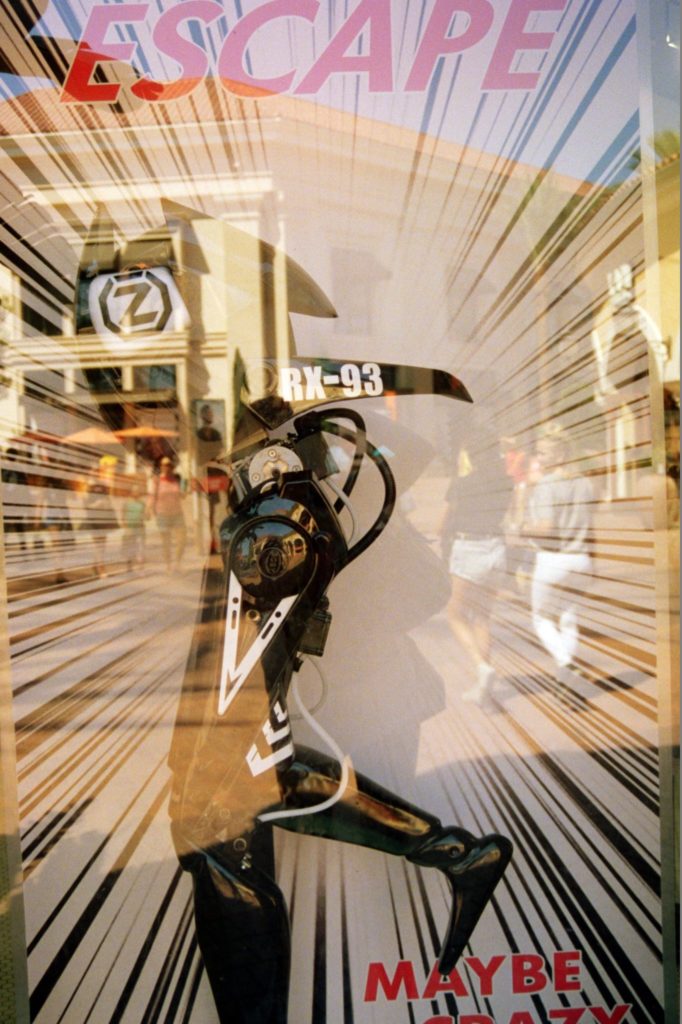 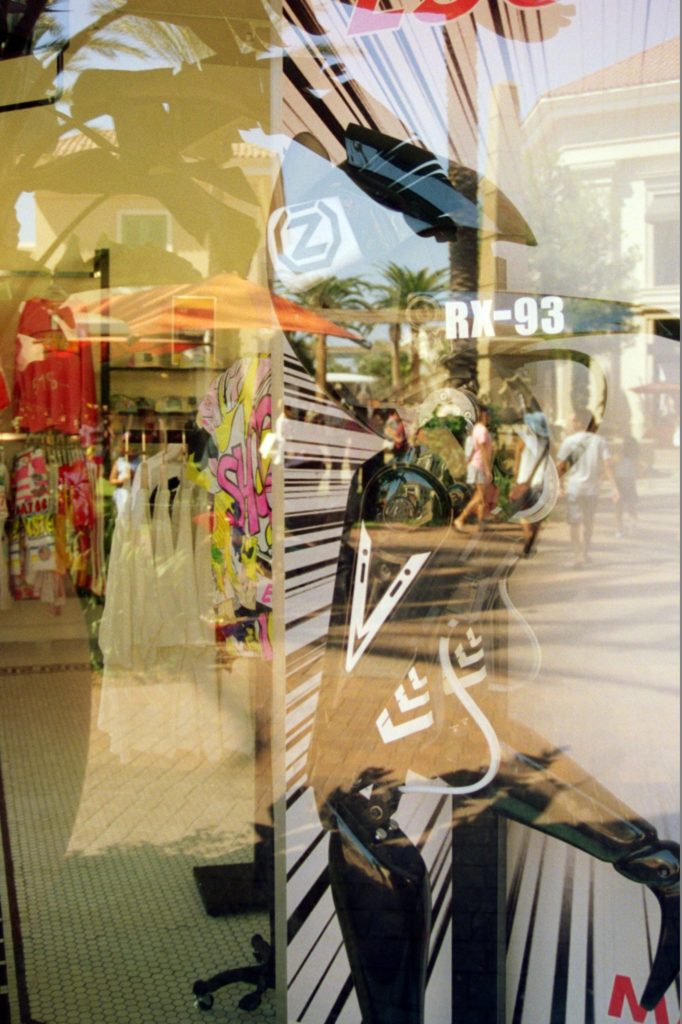 This last photo is a surprise mystery photograph because it isn’t even my photo. Someone’s photo got into my batch by accident. And, now, I have someone’s Seattle picture of the ocean, sky, downtown Seattle, and the famous Space Needle. It has a nice shade of monochromatic blue tone. But I wonder if this accident is some kind of sign. I have always liked the city of Seattle. I have been there in July 1995. 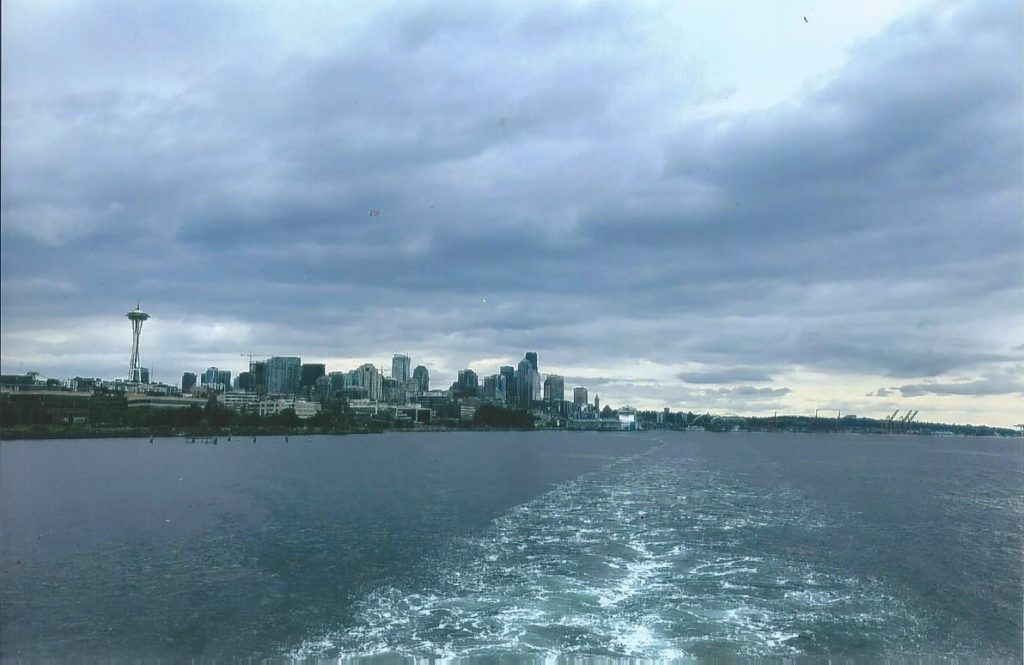