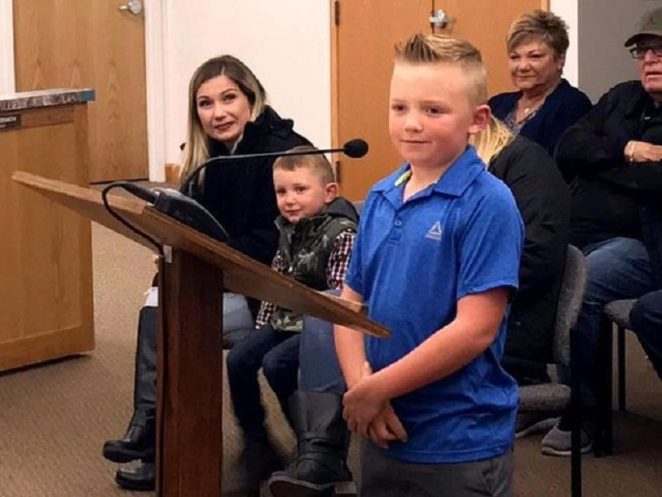 I am really impressed with nine year old Dane Best (pictured above with the blue shirt) who was able with the help of mother Brooke Best to challenge a law that has been in the books since 1920 that forbids snowball fights since the powers that be did not snowball fights to happen in the City Of Severance Colorado for the safety of the people living in the town not be to injured or rubbed out since throwing objects like snowballs is considered “a missile” if the snowball was to strike another person, auto or a home.

Dane found about the law in Severance when he returned with his classmates from a field trip that snowball fights are forbidden in the city.

When Dane found out that snowball fights are forbidden in Severance, Brooke told her son to get some people to get together and present his grievance to the Severance Town Board that due to his age as well the other children needed something to be entertained besides riding sleds in the snow in Severance.

The Severance Town Board voted unanimously to overturn the ban using snowballs on the condition that the snowball fights do not harm anyone else and property during the conclusion of the meeting on Monday.

I have a feeling that Dana is a very smart child who knows his rights as a citizen living in Severance. Even though the snowball ban is for the protection of property and the population was meant to avoid property damage, the Severance Town Hall has a kind heart toward children who just want to have some fun during the winter season.